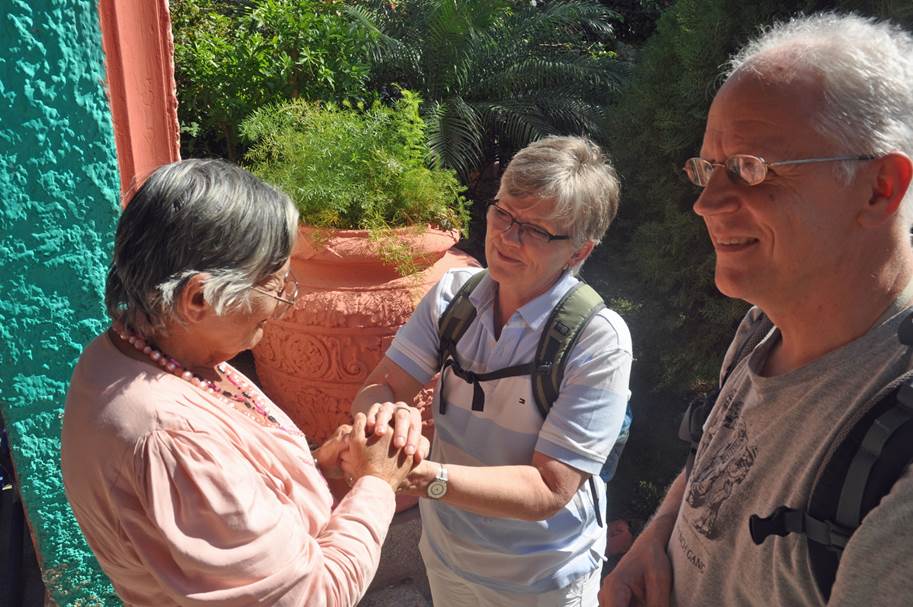 As the United States decides how to open up more opportunities to get Americans to Cuba, advocates in the United Church of Christ are calling on Congress to open up trade with the island nation.

On Tuesday, Feb. 16, the United States and Cuba signed an agreement to resume commercial air traffic between the two countries for the first time in five decades, with the expectation of dozens of new flights daily by next fall.

"While this is a great start, I hope that we will go further and lift the U.S. blockade that continues to make life difficult for the Cuban people," said the Rev. Glenna Shepherd, pastor of Pleasant Hill Community Church UCC in Pleasant Hill, Tenn. "I would like to see us raise our voices — as people who advocate for justice and equity — to press our government to move with focused intention to end this divisive and harmful embargo."

The Rev. Jerry Rhyne, an associate conference minister in the UCC's Southern Conference, agrees. "I'm moved more and more to be an advocate for the Cubans, so much so that I would like to create some interest in bringing a resolution before General Synod in 2017 to advocate for the Cubans and perhaps start a petition to push the United States government to lift the embargo."

The two UCC ministers were part of a group of 21 people who traveled cross-country, from Havana to Santiago de Cuba, as part of the 2016 UCC Cuba Study Seminar. The group arrived back in the United States Feb. 5. 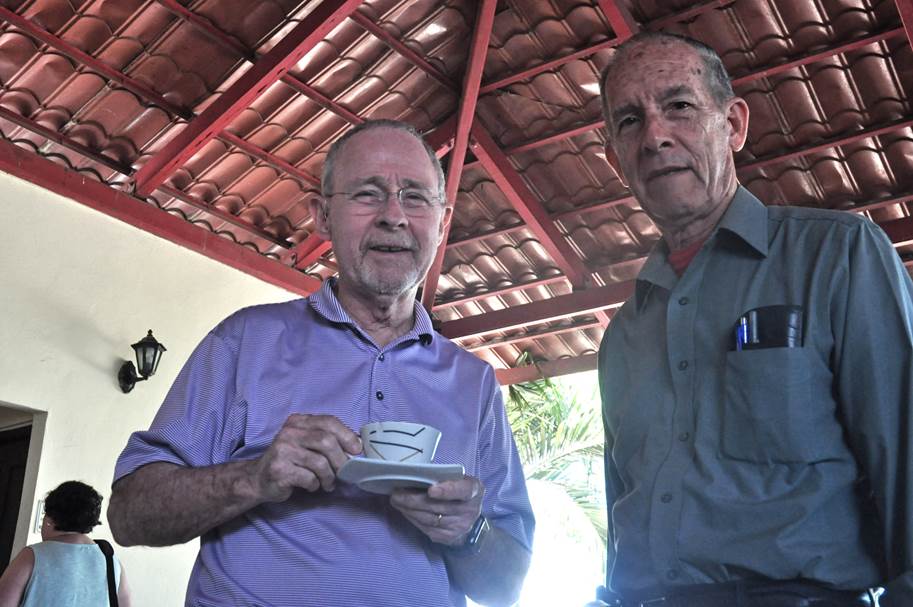 The Rev. Jerry Rhyne (left) and the Rev. Elmer Lavastida.

"Having just returned from the UCC Study Seminar in Cuba and serving as pastor of the church where the late Rev. Ted Braun brought Cuba into the consciousness of an entire congregation, I have a particular awareness of the slowly improving relationship between the United States and Cuba," Shepherd said. "The events of the past two days seem promising: approval of the first U.S. factory in Cuba in more than 50 years, and the governments' agreement that will soon resume commercial flights to Cuba. These developments will, I believe, contribute to the well being of both our nations."

U.S. airlines can now start bidding on routes for as many as 110 U.S.-Cuba flights per day. Currently, there are less than two dozen daily flights operating between the two countries, and all of them are charters. American Airlines, United Airlines, Delta Airlines, Southwest Airlines, Jet Blue, and Spirit Airlines have all expressed interest in adding flights to Cuba. The U.S. Department of Transportation is expected to decide the flights issue by late this summer.

Commercial airline traffic from the United States to Cuba is the most significant development in trade between the two countries since Presidents Barack Obama and Raul Castro announced in late 2014 that they would begin normalizing relations after 50 years of Cold War opposition.

President Obama indicated during his last State of the Union Address that he supports lifting the trade embargo. "Fifty years of isolating Cuba had failed to promote democracy, setting us back in Latin America. That's why we restored diplomatic relations, opened the door to travel and commerce, and positioned ourselves to improve the lives of the Cuban people," Obama said. "You want to consolidate our leadership and credibility in the hemisphere? Recognize that the Cold War is over. Lift the embargo." But the decision ultimately rests with Congress.

The Obama administration, hoping to make more progress on rebuilding diplomatic ties with Cuba, has not ruled out a trip to Havana during the president's last year in office. However, the Cuban people are more concerned with the looming 2016 election, and the possibilities of changing policies as a result.

The Rev. Raul Suarez, a former member of the National Assembly of Cuba and president of the Cuban Ecumenical Council from 1987 to 1991, has urged churches in our country to keep the message of rebuilding relations before U.S. lawmakers.

"The church has a very important task to help foster relations between our countries," Suarez said. "There is no ideology for the church. Our main mission is to build the Kingdom of God, for each human created in his image. The economic and political barriers are not God's will."