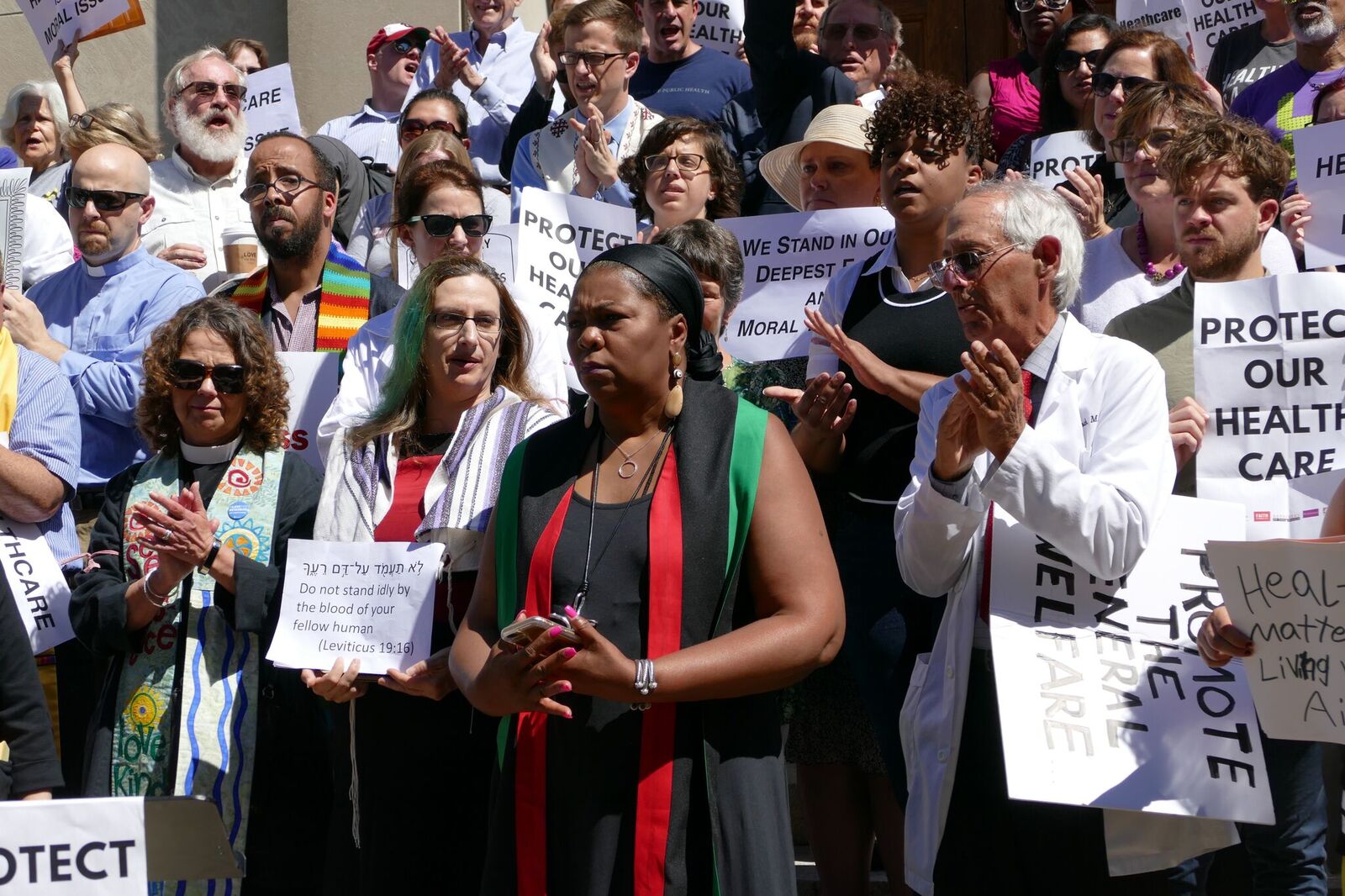 Joyous prayers of thanks are being offered by United Church of Christ clergy and health care advocates across the country as the U.S. Senate, in the early hours of Friday morning, was unable to repeal the Affordable Care Act.

Arizona Sen. John McCain, coming back from surgery for a brain tumor, cast the deciding vote July 28. He and fellow Republican Senators Lisa Murkowski, from Alaska, and Susan Collins of Maine, joined 48 Democrats to oppose the 'skinny repeal' legislation, a major blow to President Donald Trump and the Republican congressional agenda.

"I am celebrating the defeat of the skinny repeal today," said the Rev. Traci Blackmon, executive minister, UCC Justice and Witness Ministries. "I know this is not the end. I know the struggles will continue. I know that before this day ends, there will be something else. But just for a moment, I invite you to pay attention to the strength of our collective voices. Pay attention the power of our collective prayers. Pay attention to the miracle working power of God, and allow yourself one moment of joy."

Blackmon, arrested on July 13 outside Sen. Mitch McConnell's (R-Ky.) office, marched against health care reform again on Capitol Hill Tuesday, July 25, along with interfaith partners, activists from around the country and doctors representing Physicians for a National Health Program. She and the UCC Washington, D.C. office have been working with partners in the faith community, leading the charge against any change to the ACA that would cost Americans their health insurance.

The legislation, referred to as a "skinny repeal" bill, unveiled shortly before 10 p.m. on Thursday, July 27, would have caused 15 million people to lose access to health care, according to the non-partisan Congressional Budget Office. The measure would have repealed individual and employer mandates, and would also have given states more flexibility to allow insurance that doesn't comply with Obamacare. It would have likely increased premiums for individuals buying their own insurance by 20 percent.

"That this bill failed is nothing short of amazing," said Sandy Sorensen, director of the UCC D.C. office. "It is testimony to our voices and our stories as justice advocates, to really make a difference. The effort to protect access to health care involved so many people and communities. The breadth and depth of that collaboration and partnership was inspiring and heartening."

UCC advocates have sent a total of 6,987 messages to Capitol Hill this year asking our leaders to protect health care (including emails, Tweets, Facebook messages and calls generated from the UCC website.) Since May specifically, in just the electronic actions and postcards from Synod tracked by Justice and Witness Ministries, they have sent 4,587 messages to the Senate. The unprecedented groundswell of action doesn't include the phone calls, letters, marches and other acts of witness. 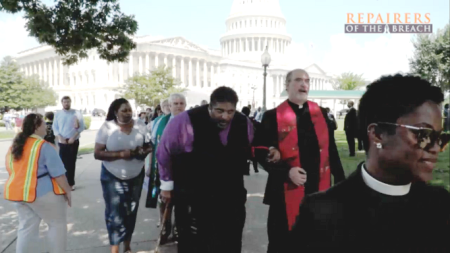 The Rev. Bart Cochran, pastor at Southwick Congregational UCC in Southwick, Mass. was one of a number of clergy arrested in D.C. on Tuesday, July 18, at McConnell's office, showing his dissent with health care reform. "We were standing together to say that access to health care is a moral issue," he said after his release. "It was an exhausting day, but exhilarating for all of us. We were filled with the presence of the Holy Spirit and the joy of fellowship."

"Joy is necessary in resistance work," said Blackmon. "It provides the strength to press on."

And while it's not clear what actions Congress will take on health care at this point, there are other points of resistance looming for UCC advocates aiming to build a just world for all.

"We are very mindful that there is a lot of work still ahead of us," Sorensen said. "The 2018 budget poses continued serious threats to health care protection and other services for vulnerable people across the country."