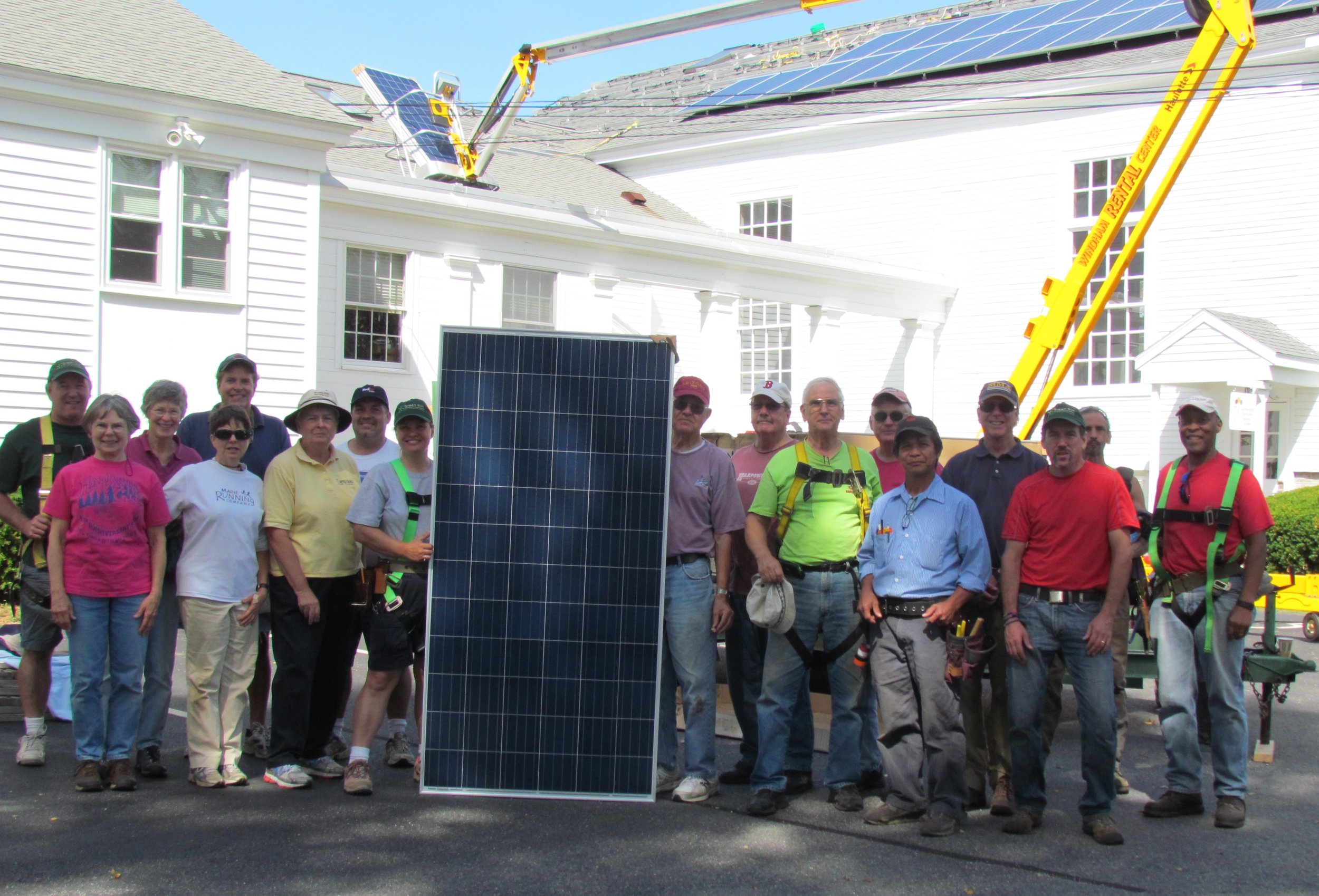 When the United Church of Christ's Strategic Implementation Task Force surveyed 4,000 church members recently to find out which issues matter most to the denomination as a whole, climate change came out on top. Not surprising that scores of local congregations are embracing creation care as a mission and ministry, and being recognized for their efforts by like-minded organizations.

One such organization is Interfaith Power and Light, which, since 2000, has been "mobilizing a religious response to global warming". Each year, the group celebrates the work of faithful stewards of creation through the 'Cool Congregations Challenge', which awards $1000 to congregations that complete energy-saving sustainability strategies. The projects, from all over the country and from every faith tradition, range from reducing the carbon footprint of individual church buildings to community-wide undertakings.

"We have members who've installed solar panels on their own homes, or barns," said Rev. Diane Bennekamper, senior minister of Congregational Church in Cumberland, "so there was some expertise in the congregation."

In all, members of Congregational Church in Cumberland installed a vacuum-tube solar hot water heater, fifty seven 305 watt PV (photovoltaic) panels on the roof of the facility, and an electric vehicle recharging station. In the middle of the project, the governor of Maine vetoed a bill which would have maintained tax incentives for solar panel installation. Nevertheless, they pushed on without the aid of government bureaucracy. "Eventually," said Rev. Bennekamper, "the panels will provide 90 percent of the church's electricity." 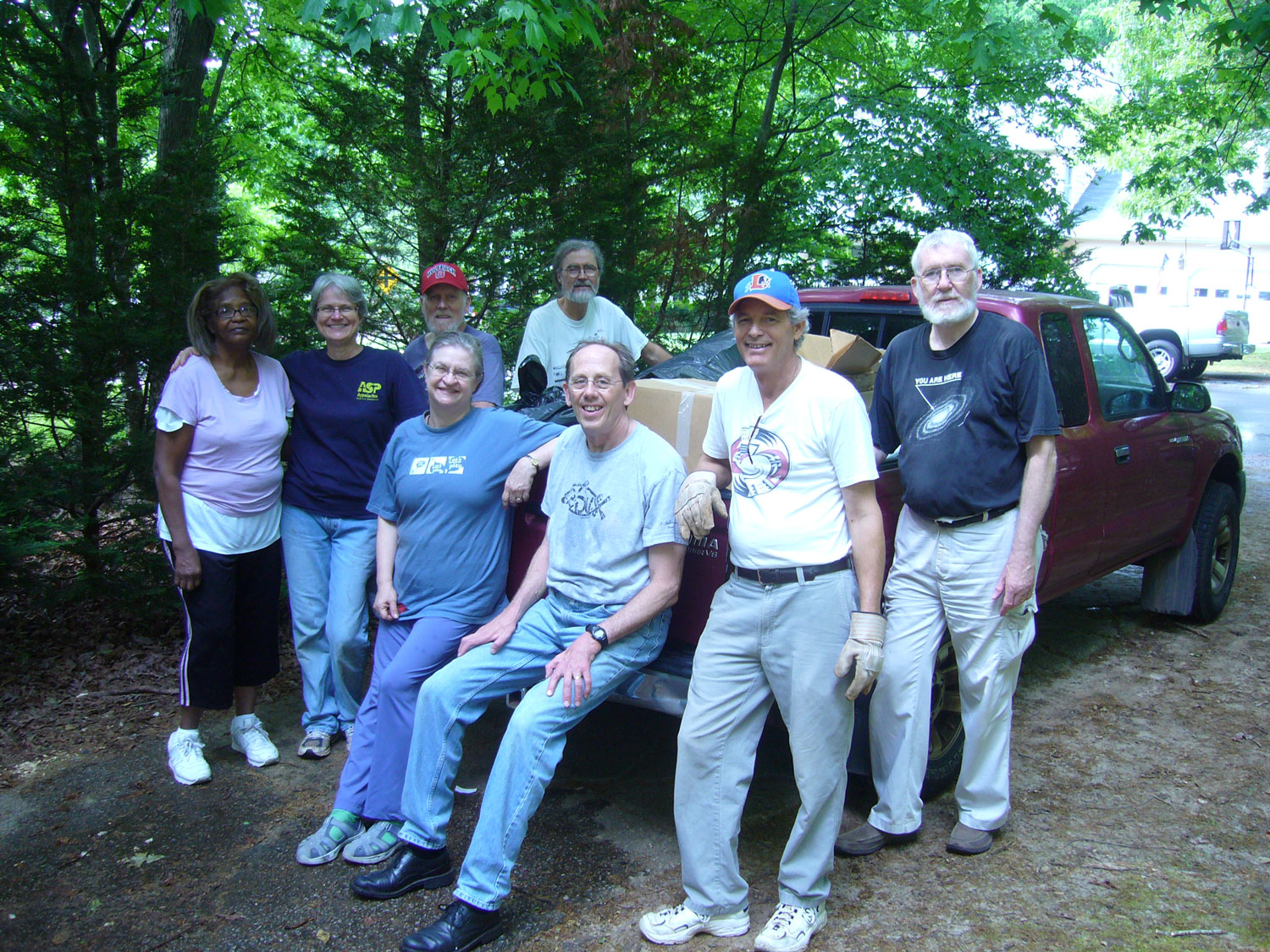 The congregation has had a very active 'green team' for the past few years, which holds workshops for the community about energy efficiency and home weatherization. In addition, the church roof covered with solar panels itself sends a message, said Rev. Bennekamper.

"More cars go by here than anywhere else in Cumberland," she said. "It says something to the people in town."

The other UCC winner, Community United Church of Christ in Raleigh, N.C., also installed solar panels on the church building, and even enlisted the help of 15 other local congregations to weatherize homes of those most affected by climate change. So far, those volunteer efforts have weatherized 21 homes, which cut down on six tons of CO2 emissions, saved the homeowners' money on energy bills, and made the houses more comfortable.

"The biggest impact of climate change will be on the poor because they would not be able to adapt as readily as the affluent," said Community UCC member Gary Smith. "As people of faith, this challenged us to work to decrease climate change and to ensure that the poor were not left behind as the world warmed."

In addition to raising money for the home weatherization projects, Community UCC also had to find a way to cover the costs of the church's solar panels, which could not be paid for from the church's general fund. Instead, the money was raised through donations, both from congregants and their neighbors outside their faith community. The donation campaign was so successful that there was enough money left over after the installation of the solar array to award grants to four other local non-profit organizations to undertake their own solar projects. Community UCC expects to save about $1000 a year on energy costs, which can be directed into their church missions.

"The church has a unique role to play in re-framing our connection to Creation, which is intrinsically beneficial to both our collective spiritually and to the economic and socio-political health of our planet," said Rev. Jenny Shultz-Thomas, the Pastor at Community UCC.

"If the Church is to take seriously the claim to be embody the Spirit of God in the world," said Rev. Shultz-Thomas, "we must take seriously the call to advocate for all of God's creation rather than allowing its continual exploitation and abuse by the gods we have chosen to reign within and among us."