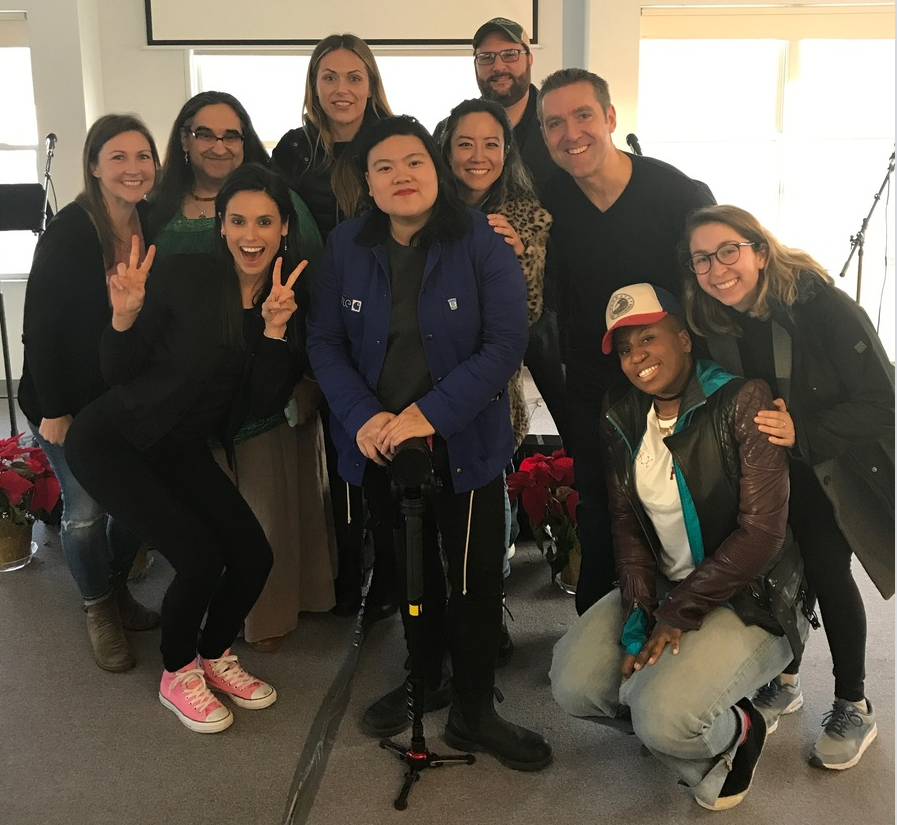 A Philadelphia-area church and one of its members will soon be featured on a national video program that has been giving a voice to women who show courage in the face of discrimination.

Jennifer Angelina Petro, a transgender woman who found a spiritual home at Love in Action UCC, caught the attention of Vox Media and Divided States of Women, a 24-episode series which is highlighting women's stories around the world, focusing on particularly women who have been marginalized. The program, looking for a well-spoken person who could candidly explain the obstacles she had to overcome to be whom she was meant to be, reached out to Petro a month ago.

"There is no way I am telling my story as it is thus far without mentioning Love in Action," Petro said she told the show's producer. "Love in Action (LIA) has been integral in my mental/emotional/spiritual health as I proceed with transitioning. When I told the producer about the church, she lit up with, 'Really? There's a Christian church that welcomes trans people?' The more I told her about LIA and its profound effects on me she thought Liz would really want to do my story and then definitely wanted to include the church." 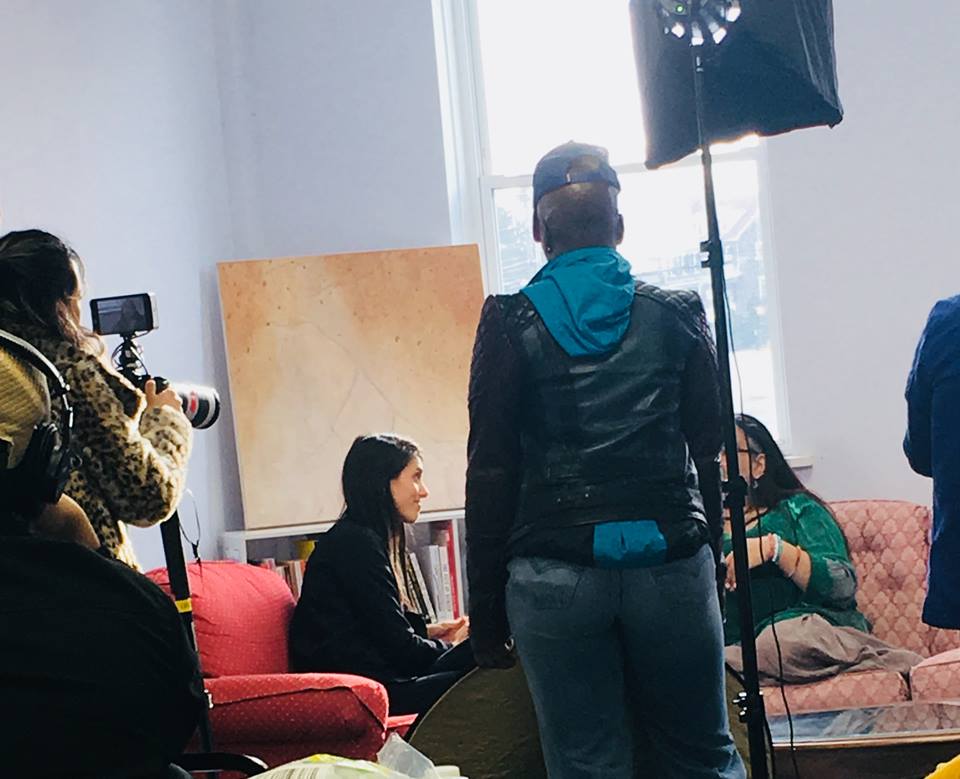 So the program, created last fall to offer space to the voices not often heard, recently sent a production crew to Hatboro, Penn., with journalist Liz Plank. She interviewed both Petro and her pastor for a segment that will air in a few weeks.

"Vox chose to come to film at our church because of how Jennifer and other members of the LGBT community have found a home and are leaders who have formed a large presence in the community," said the Rev. Josh Blakesley, pastor of Love in Action UCC. "They were intrigued by the idea of a church that actually embraces the LGBT community and is public about it, in a political and religious landscape that is often hurtful and hateful."

Petro, who said she wrestled with her identity for much of her life, started looking for a spiritual community when she was deeply depressed, struggling with the consequences of coming out as trans. A former elementary school teacher, a divorced parent of three sons, she suffered from PTSD, and suicidal thoughts.

"Within the span of three months I had lost a marriage, a career, house, living with my kids, and any financial stability. All of this built up and I finally broke," Petro said. "This was all juxtaposed with the wondrously beautiful experience of realizing I'm trans the spring of 2015. 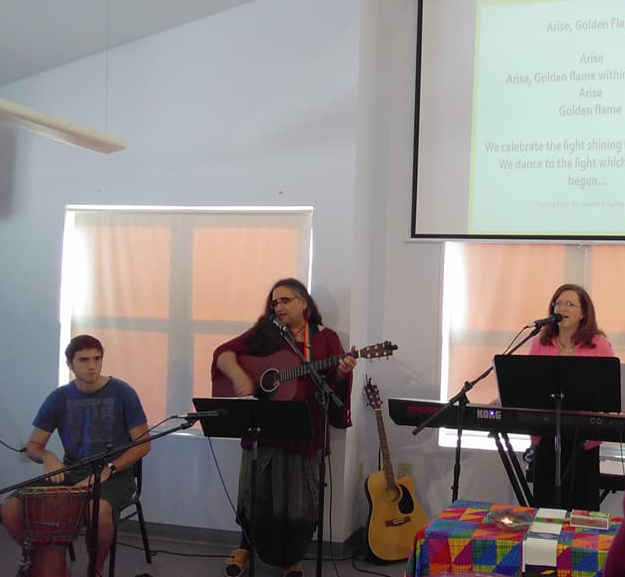 "After things fell apart I grew increasingly unstable," she continued. "My therapist helped me see that my isolation was getting increasingly harmful. I wouldn't leave my house except to go to therapy. My panic attacks worsened, I was terrified to leave my apartment. I found myself Googling, 'Gay-friendly churches.' I wasn't religious at that point — the last thing I wanted to do was go to church, but I knew I needed some kind of community. I found LIA, which claimed to be 'Open and Affirming,' and got up the courage (in 2016) to write to Pastor Josh."

"Often those of us in UCC circles forget how fortunate we are, especially those of us in ONA congregations," said Blakesley. "Every time I speak to someone outside of UCC or UU contexts, I continue to be saddened by the continued rejection of LGBTQIA+ people by Christian churches. Perhaps it is because the loud voices who present themselves as 'Christians' are often hateful or discriminatory against LGBT folk. It also calls to my attention the increased need for all of us in welcoming congregations to be louder with our welcome and stronger in love and cooperation. We shouldn't assume that people feel welcomed in churches."

Petro said it took her more than a year after she first reached out to Pastor Blakesley to find the courage to just show up. She vividly recalled the first time she arrived for worship in February 2017. 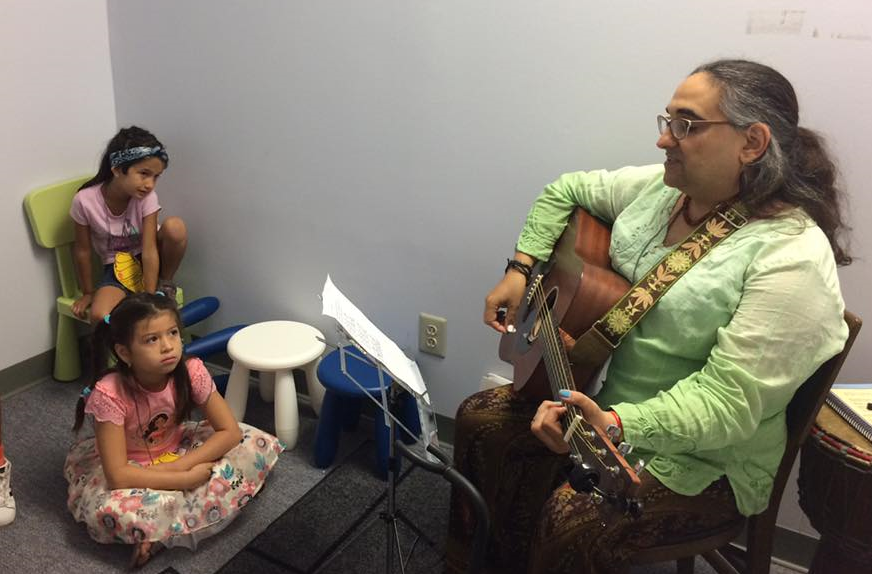 "A greeter met me at the door and welcomed me warmly. I could barely speak," Petro said. "I slowly walked up the stairs to where worship was just about to begin. I was terrified. I found a seat in the back and sat down trying to ignore everyone around me. But ignoring people who kept coming up to introduce themselves and welcome me proved to be difficult. Everyone was kind, seemingly genuine and happy to see me. The sweetest lesbian couple sat down next to me and chatted with me. Another queer person introduced themselves with they/them pronouns. They could see I was scared, but they assured me I was in a safe place. The couple and this other person sat next to me like guardians. As the service started and Pastor Josh proclaimed that everyone was welcome there—all gender identities, expressions, sexual orientations, race, religious background—wherever we were on life's journey, I began to wonder if it could be true—that this was truly a safe place. In the coming days and months, I saw it was true. Never before had I felt so safe and accepted—by the allies and queers. I began to realize I had found a home."

In the interviews with Vox, Petro said she shared a story of love, acceptance and extravagant welcome. A church family that has embraced her, celebrated her teaching and musical abilities, and allowed her to trust again.

"I hope that Jenn's story resonates with anyone who is feeling marginalized or unloved or rejected," Blakesley said. "I wish for people to see Christians as not those in the media who are hateful or prejudiced, but as people who love and show compassion to those on the margins. I hope this program inspires others to work together to combat hate and prejudice, and to work towards a more just world. And I hope that more stories like this will be told."