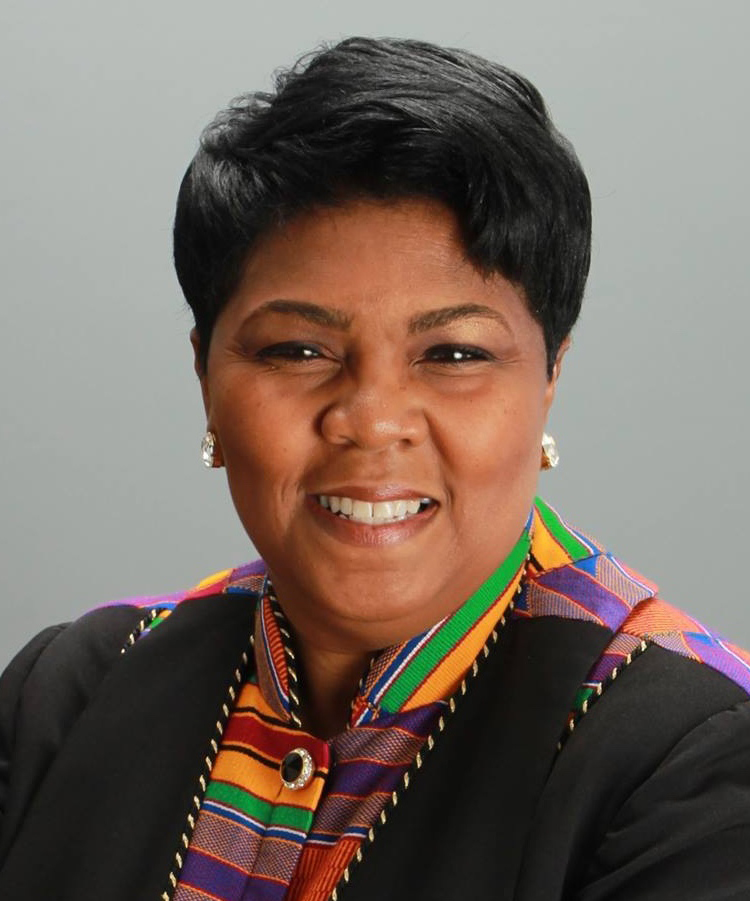 What is the role of the media in the storytelling of the movement? The Rev. Traci Blackmon, a United Church of Christ national officer, will explore that question next week through the lens of how ongoing social justice movements are shaped by a range of media reports.

Blackmon delivers her keynote address for the 34th annual Everett C. Parker Ethics in Telecommunications Lecture and Awards Breakfast on Thursday, Oct. 13, when she will highlight the intersection of justice and media at the Washington, D.C. event.

"The events in Ferguson, Baltimore, New York, Texas, Charlotte and beyond, give us a glimpse into the power of media to shape communal narrative," said Blackmon, the acting executive minister of the UCC Justice and Witness Ministries. "What are the necessary requirements of truth-telling in such spaces when context matters?"

Blackmon has gained national attention as a voice for social change beginning in the fall of 2014 when, as pastor of Christ the King UCC in Florissant, Mo., she was part of the pastoral presence working to quell months of civil unrest around the police shooting of black teenager Michael Brown in Ferguson.

The 2016 Parker Lecture and Breakfast, organized by the UCC's media justice ministry, the Office of Communication, Inc., will be held at 8 a.m. EST at First Congregational United Church of Christ.

"I am honored by the opportunity to present the Parker Lecture this year. It is an opportunity to share and hopefully dialogue about the benefits and dangers of media interpretation in an age when the camera might not capture the true story," Blackmon said.

Clyburn will receive the Newton Minow Award in recognition of her work at the commission to reform predatory prison telephone rates and to modernize the Lifeline program that supports telecommunications services to low-income households.

Davis is the president and founder of the Center for Rural Strategies. He will receive the Everett C. Parker Award in recognition of more his 40-plus years working to bring telecommunications services to rural America — particularly the people of Appalachia.

The Everett C. Parker Ethics in Telecommunications Lecture was created to recognize the late Rev. Everett C. Parker, founder of OC, Inc., and his pioneering work as an advocate for the public's rights in broadcasting. Past speakers have included network presidents, Congressional leaders, FCC chairs and commissioners, as well as academics, cable and telephone executives, and journalists. The Parker Lecture has been hosted each year since 1982 to recognize individuals for their impact in ethical broadcasting.

Founded in 1959, OC, Inc. has worked to ensure that women, people of color, and low-income persons have equal access to ownership, production, employment, and decision making in media.

Tickets and more information about the 2016 Parker Lecture are available on the OC, Inc., website.