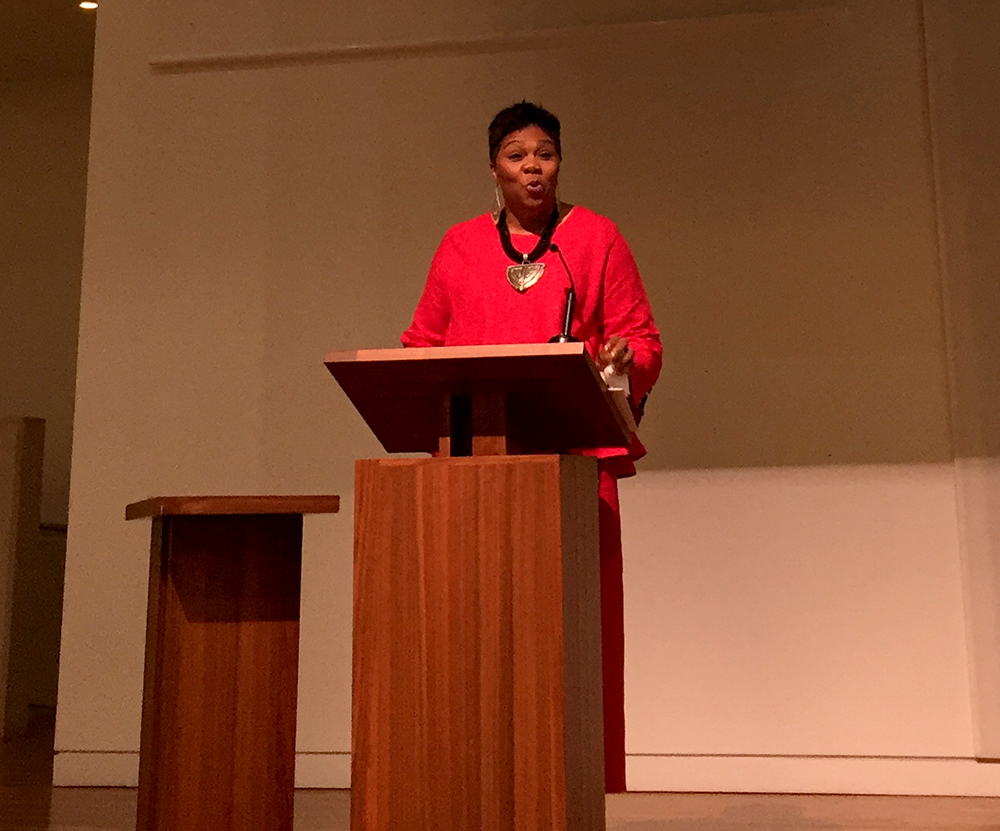 If the mainstream media is to live up to its role in working for social justice, then it has an obligation to report the historical context that is relevant to the narrative of the stories — especially the narratives of racial justice — the journalists are covering. That was the message from the Rev. Traci Blackmon at the 34th annual Everett C. Parker Ethics in Telecommunication, as she highlighted the intersection of justice and media Thursday morning at First Congregational United Church of Christ in Washington, D.C.

Context matters, Blackmon said, in part because "the mainstream media is not the only resource for hearing the story." In today's world, access to alternative modes of storytelling — like Livestreaming, social media, activist reporting — all shape how the narrative is told.

Chosen to deliver the keynote because, in the words of the lecture's organizers, she is uniquely qualified to address issues of race and media, Blackmon has emerged as a national voice for healing, which began in the community of Ferguson after the civil unrest from the police shooting of black teenager Michael Brown in August 2014. Missouri Gov. Jay Nixon appointed her to the Ferguson Commission, which studied the underlying causes of the racial conflicts in that city and made recommendations on how to address them.

In her remarks, Blackmon, borrowing from an African proverb, postulated that the story of a hunter is told and the story of a lion (the prey) goes unheard. She challenged the audience to tell the story of the lion — the oppressed — that offers a clearer and more full picture of the narrative. She used the events of the civil unrest in Ferguson as an example.

"Both Ferguson and St. Louis were changed [the day Michael Brown was killed]," Blackmon said. "But the attention of the world was focused of three days of unrest out of 387. Three of those days that unrest resulted in property damage and the militarization of residential neighborhoods… The story was told without much attention given to the context. The story was, and continues to be told, from the vantage point of the hunter. It lacks a contextual understanding of the history of [Ferguson's] racial segregation, economic inequality and overbearing law enforcement that produced much of the tension evident on the streets of Ferguson and in other large municipalities as well."

Blackmon believes that people of faith are called to resist when faced by oppression. "What we are wrestling with is a theological construct. People are not born into politics, not born on law enforcement, not born with cameras in their hands — well, maybe we are now — but many of us are born into our faith," she said. "We must take responsibility of the narrative of the scriptures we hold sacred... God's sole agenda is righteousness, and this agenda locates God on the side of the oppressed, and in case you weren't paying attention, the oppressed changes over time."

"Those called to be the storytellers — whether as minister from the pulpit, or as a part of media with cameras and access to public communication, or as a movement-maker with access to an iPhone and underground channels —  it is important that we remember until the lions of this day are heard, the story really has not been told," Blackmon said. "Shall we be the storytellers who place context with text, so that all can be understood, or will we relish in the glory of the hunter while the lion continues to be villainized?" 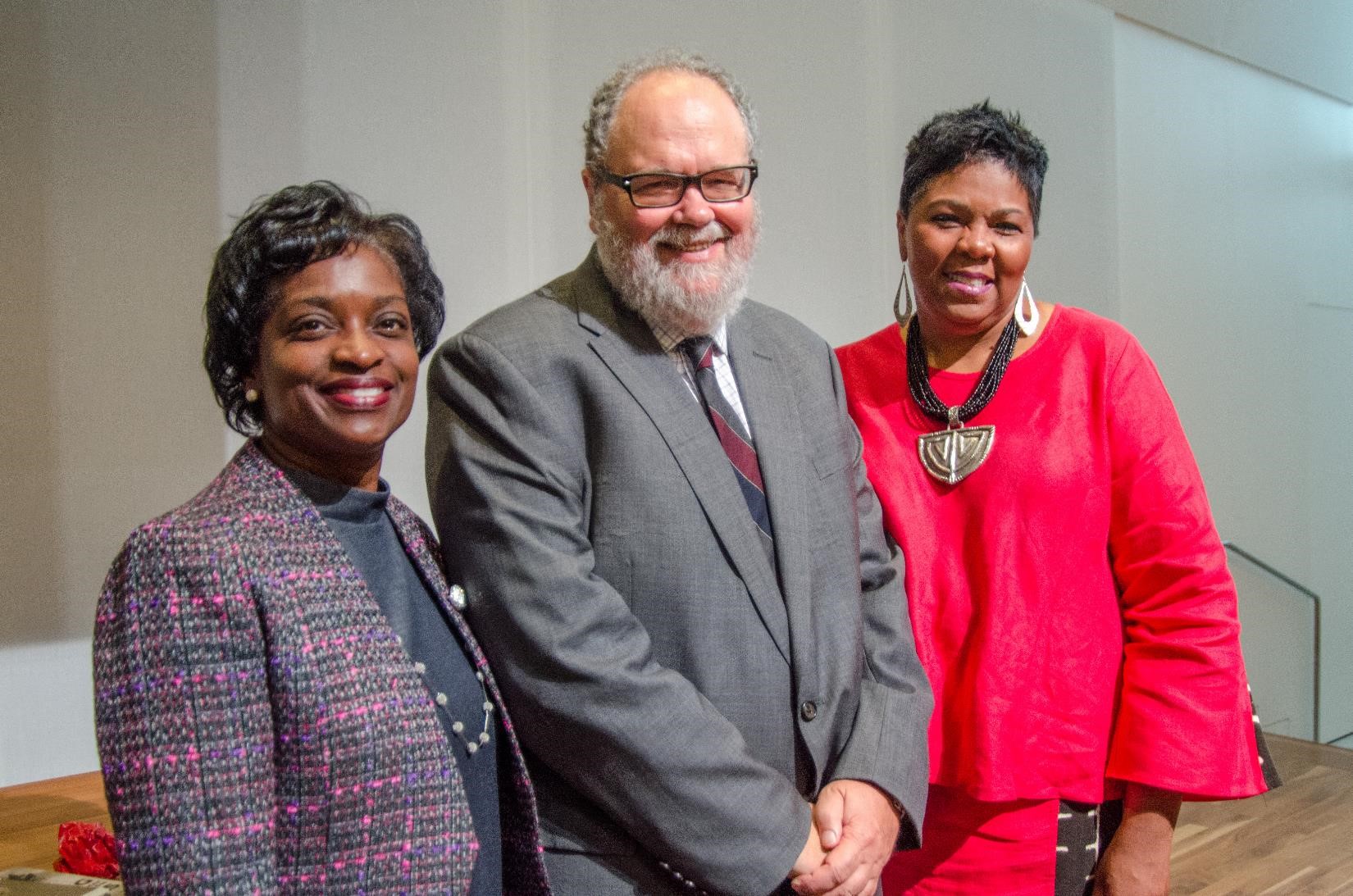 For more than three decades, the Parker Lecture, hosted by the UCC's Office of Communication, Inc., recognizes individuals for their impact in ethical broadcasting. The lecture was created in 1982 to recognize the Rev. Dr. Everett C. Parker, founder of OC, Inc., and his pioneering work as an advocate for the public's rights in broadcasting. Parker died in 2015 at age 102.

The Parker Lecture also honored Federal Communications Commissioner Mignon Clyburn and rural advocate Dee Davis. Clyburn was recognized with the Newton Minow Award for her work at the commission to reform predatory prison telephone rates and to modernize the Lifeline program that supports telecommunications services to low-income households. Davis is the president and founder of the Center for Rural Strategies. He received the Everett C. Parker Award in recognition of more his 40-plus years working to bring telecommunications services to rural America — particularly the people of Appalachia.