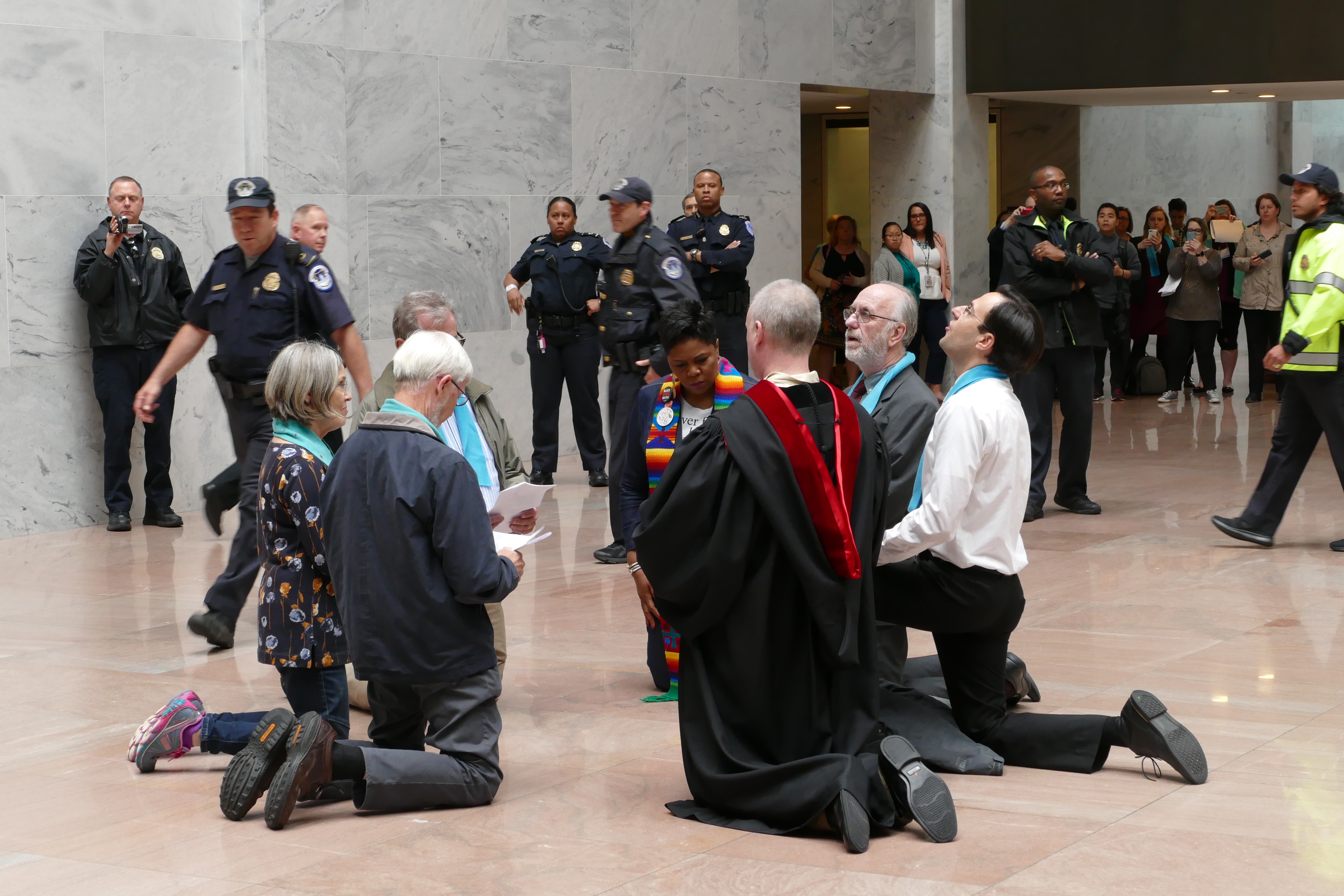 The UCC's Rev. Traci Blackmon was one of seven religious leaders arrested in the Hart Senate Building Monday afternoon during a peaceful protest aimed at drawing attention to a federal budget proposal that makes deep cuts in programs that address human needs in order to increase defense spending.

Blackmon, acting executive minister of Justice and Witness Ministries, was kneeling and praying in the atrium of the building with the other advocates when they were taken into custody by U.S. Capitol Police officers.

The faith leaders, in Washington, D.C., for the 2017 Ecumenical Advocacy Days for Global Peace with Justice(EAD), are calling on Congress to reject President Trump's proposed 2018 budget which calls for more money for the Pentagon, and less for the vulnerable people in our country.

"Jesus told the truth about the powers and principalities of his day, and his suffering, death and resurrection was an expression of resistance against those powers and for God's vision of a just, abundant life for all," said Sandy Sorensen, director of the UCC Washington, D.C. office. "In our witnessing today on Capitol Hill, we are trying to be faithful to that call."

The action at the Senate building on April 24 followed a noon prayer vigil with Sorenson, Blackmon, and hundreds of Christian clergy and lay leaders from across the country. They gathered in front of the United Methodist Building to draw attention to the harm that the administration's budget plan will do to those who need assistance.

"The President's proposed budget, and many key pieces of legislation being considered by Congress, from changes to the Affordable Care Act to significant tax cuts, are a reflection of distorted values," Sorensen continued. "If our hearts are where our treasure is, then we as a nation have our hearts in the wrong place - abandoning working families, slashing programs like Head Start, environmental safety and veterans health care, investing in walls and defense systems instead of seeking lasting security through meeting human need and restoring hope. As people of faith, we are called to get in the way of policies and proposals that don't reflect our values and won't lead us to a just world for all." 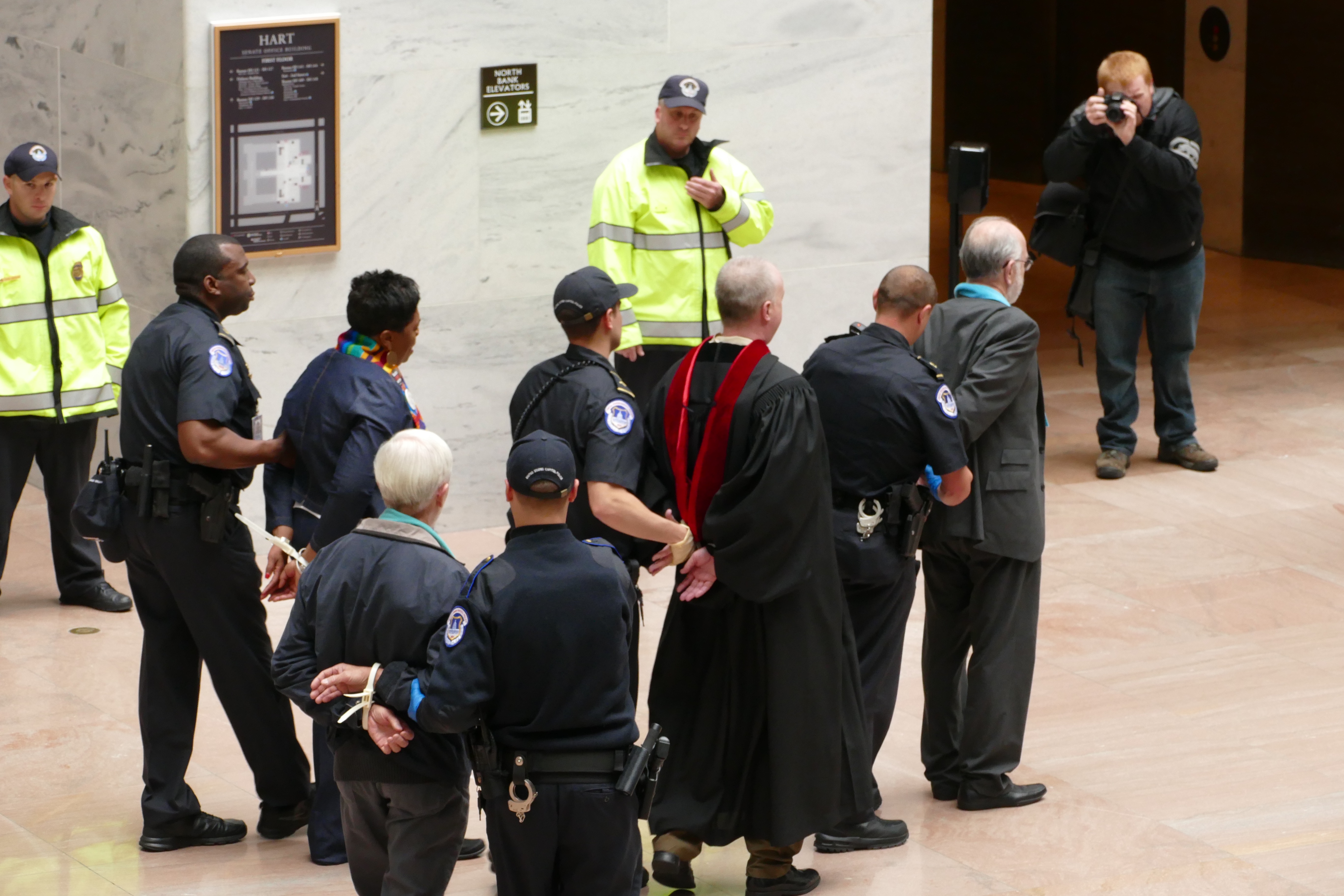 Other justice activists were taking that same message to their representatives on Capitol Hill during the EAD Lobby Day. Close to 1,000 Christians participated in the EAD conference over the weekend, organized around the theme, "Confronting Chaos, Forging Community: Challenging Racism, Materialism and Militarism."

Doug Grace, the director of Ecumenical Advocacy Days who was also arrested with Rev. Blackmon, said, "It's important for us to send a strong message to Congress and the President that this budget is immoral, and we will do all we can to oppose it. We will not be silent or stand idly by while those most in need are harmed. We will not watch as families are ripped apart through mass deportations and our air and water are polluted because of corporate greed and deregulation."