The Rev. Traci Blackmon is one of three women religious leaders featured in a CBS Interfaith Special that is scheduled for broadcast around the country beginning Sunday, July 1. The program, titled "Reclaiming History: A Movement for Equality," looks at the role of faith in the lives of African-American women and the way it invigorates the fight for justice in black communities.

African-American women are among the most deeply religious groups in America and according to PEW, nearly 60 percent self-identify as Christian. It's been said that the black church is an institution of women. They lead Sunday school, sing in the church choir and run the local soup kitchen.

Rev. Blackmon, executive minister of justice and local church ministries for the United Church of Christ and senior pastor of Christ The King United Church of Christ in Florissant, Mo., shares her experiences as a national faith leader and as one of the local pastors who provided pastoral care in the wake of the death of Michael Brown in Ferguson, Mo. in 2014. 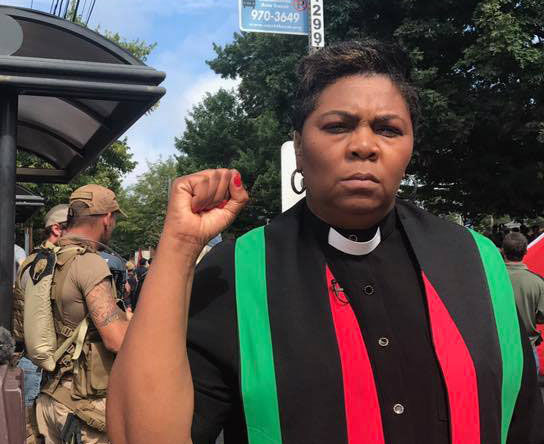 Rev. Dr. Yolanda Pierce is the dean of Howard University School of Divinity and professor of African-American religion and literature. An ordained Christian minister, she discusses how faith has played a role in black women's lives since the days of slavery and why it is an important part of who they are today.

Tammy Fournier Alsaada is one of the founding members of the People's Justice Project in Columbus, Ohio. This faith-based, grassroots, community outreach organization is spearheading a voter registration effort leading up to the 2018 midterm elections. Through political advocacy, the group wants to bring an end to excessive police violence and curb the disproportionate number of people of color who are incarcerated. Fournier Alsaada discusses the group's efforts and their work to educate minority populations about their rights as citizens. This special looks at how faith and spirituality sustain a group of Ohio women as they confront systemic racism, sexism and oppression through the ballot box.

This special broadcast will air beginning Sunday, July 1 (check local listings) on the CBS Television Network. The show will also be available online on the morning of July 1, at cbsnews.com/religion-and-culture.