To the moon and back: 'Lunar Bible' gifted to UCC for preservation 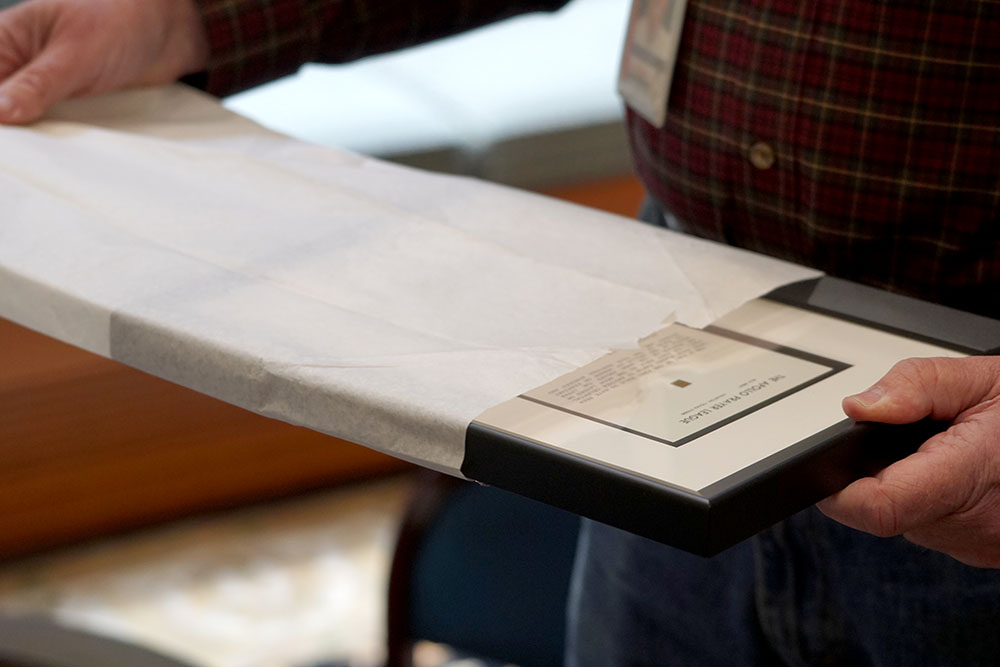 A retired pastor and his spouse have given the United Church of Christ a gift that is out of this world. The Rev. Donald and Jo Anne Flick presented a rare item — a framed microfiche containing part of the Bible that was flown to the moon and back in 1971 — to the UCC for safekeeping.

The Flicks, given a framed microfiche of the "Lunar Bible" in the early 1970s after Apollo 14 returned from its lunar mission, presented the item to the national office of the United Church of Christ on Friday, June 2, to be maintained in the denomination's national archives.

"I'm 87 and Jo Anne is 84, and we're at that age where we're going through a lot of our things and deciding where it should go. We thought this was a place where it could be preserved and its history shared," said Rev. Flick, who was pastor of Church of the Savior in Knoxville, Tenn., when he was presented with a "Lunar Bible."

"It belongs here," he said.

Astronaut Edgar "Ed" Mitchell traveled with about 300 copies of microfiche Bibles during the Apollo 14 mission to the moon in 1971, as a favor to NASA scientist and chaplain the Rev. John Stout. More than 500 copies of the 1-inch by 1-inch microfiches also went up in space on Apollo 13, the famed mission that, because of an explosion aboard the spacecraft, didn't reach the moon but returned home safely. Mitchell, the sixth person to walk the surface of the moon, spent 9 hours working on the lunar surface — and with him was a small parcel of 100 copies of the King James Bible. When the mission returned to earth, Mitchell returned the Lunar Bibles to Stout for safekeeping. 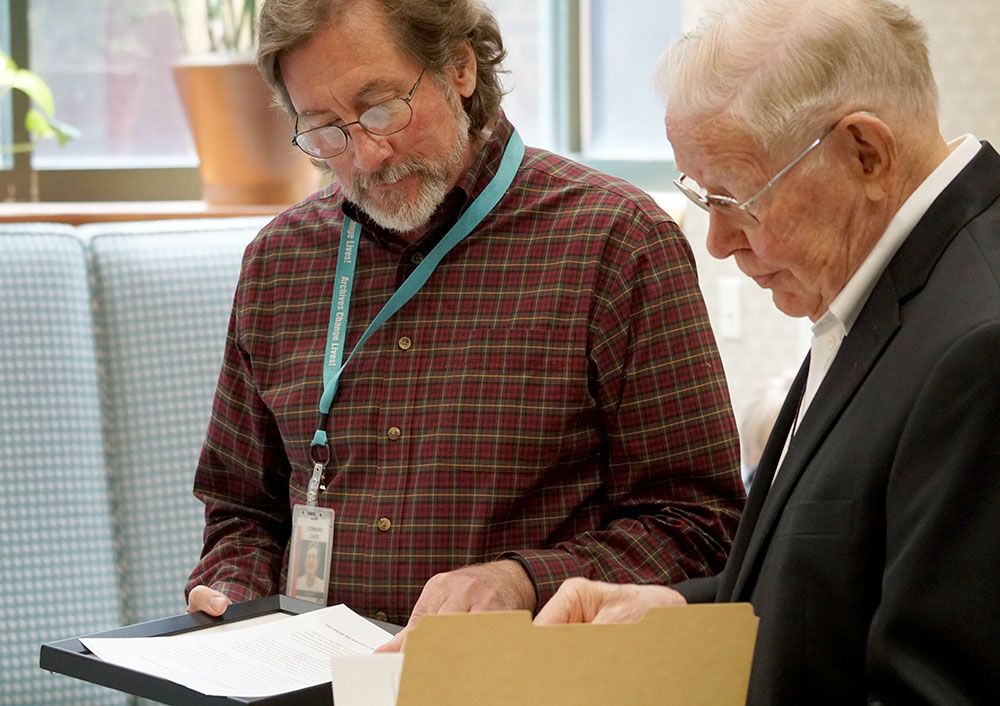 Stout distributed some copies in their entirety, but cut up others into small pieces and gave them to members of the Apollo Prayer League, which he and his spouse helped organize. Stout also made other copies available on request.

As Stout was distributing copies of the microfiche Bibles, Church of the Savior was constructing a new sanctuary. A member read the story of the microfiches in a newspaper, and wrote to Stout requesting a copy to place in the cornerstone of the new building. Much to her surprise, she received three copies — one was placed in the cornerstone as planned, one was given to Flick, and the third went to then-UCC General Minister and President the Rev. Robert Moss.

The microfiche the Flicks presented to Edward Cade, archivist for the UCC national office, is about half the size of a U.S. postage stamp and has about 25 pages of the Bible.

"This was just one of the most exciting things to me," Cade said. "I'm going to find a place where this can hang and everyone can view it. It's not everyday that you come across a copy of a Bible that has been to the moon."