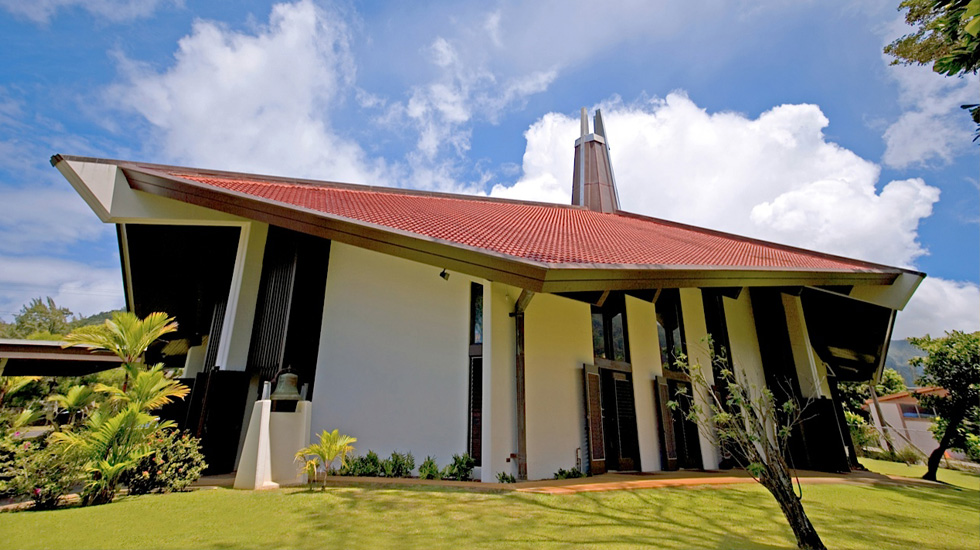 The alarming phone call to Temple Emanu-El in Honolulu specifically targeted its preschool, prompting an evacuation of the students to nearby Nu'uanu Congregational Church. Staff said that about 20 children were brought over to the building for about two hours.

"We greeted the kids and their teachers and made room for them in the gymnasium, and they let their parents know they could pick them up from the church," said Rev. Neal MacPherson, interim pastor of Nu'uanu Congregational. "They are across the street from us and we have participated together in community thanksgiving services and have called on each other from time to time. The relationship has been very close."

According to the Temple's Facebook page, executive director Richard Field is working with local and national law enforcement. "We are extremely thankful that no one was hurt and want to assure the members of our Temple Emanu-El community that we will operate in a way that puts the safety of our staff, visitors and premises first," the statement reads.

The menacing call is the latest in a wave of anti-Semitic acts aimed at Jewish cemeteries, community centers, colleges and preschools. More than 100 threats have been reported since the beginning of the year.

Temple Emanu-El said that it will have a security guard stationed in the parking lot until further notice.

"It's very unfortunate these things are happening to the Jewish community," MacPherson said. "Our church is a Japanese American church, and we are conscious of communities under fire because we were once that community during World War II."