A UCC leader was one of the hundreds of people taken into police custody outside the United States Capitol Monday afternoon during a mass mobilization in Washington, D.C., aimed at advancing voting rights reforms. 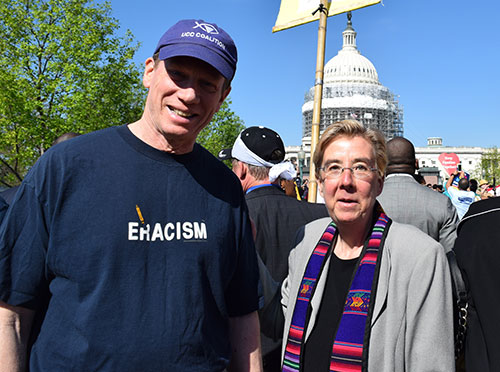 Sandy Sorensen, director of the UCC Washington, D.C., office was joined by the Rev. John Gregory-Davis of the Meriden Congregational Church in New Hampshire in a march to the Capitol steps on April 18, the final day of Democracy Awakening, a three-day effort calling for democracy reform.

The message: On voting rights, money in politics, and the recent vacancy on U.S. Supreme Court, Congress is failing to do its job and ignoring the will of the people. Organizers said that Democracy Awakening isn’t the end of something, but the beginning of a new phase in the movement for democracy.

Sorensen, who was arrested blocking the steps to the Capitol, had plenty of high-profile company in police custody. Top leaders from more than 300 organizations and corporations backed the mass mobilization, and several were in the crowd of demonstrators arrested. 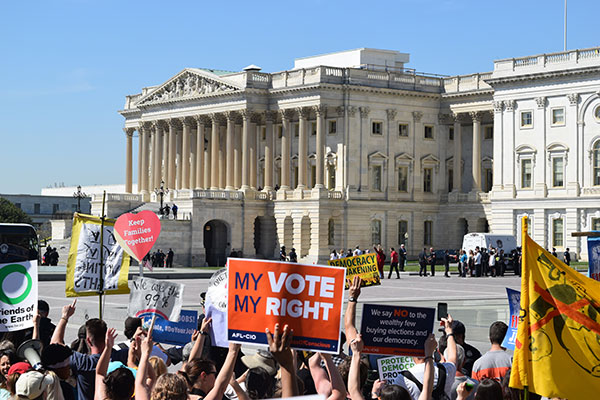