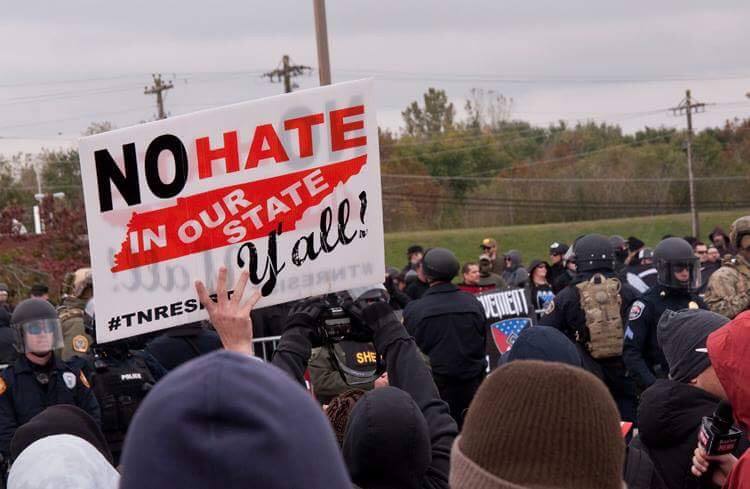 Love trumped hate in Tennessee on Saturday, with the crowds of clergy and counter-protestors largely outnumbering the racists at the White Lives Matter rally Oct. 28 in Shelbyville, by almost three to one.

And because of the overwhelming size of the counter-protesting crowd in the nearby town of Murfreesboro, the white supremacist rally there was cancelled altogether.

That made the Rev. Alan Ballentine pretty happy. As a member of the United Church of Huntsville, Ala., he said he had to make the hour drive to Shelbyville and take a stand against racism.

"There are a lot of us here locally involved in social justice," Ballentine said. "Some of my church members from Alabama joined a group of folks from Brookmeade Congregational Church, UCC in Nashville. Shelbyville is about half-way between Huntsville and Nashville. We got involved because it was a chance to bear witness about something we are really concerned about taking root in our area." 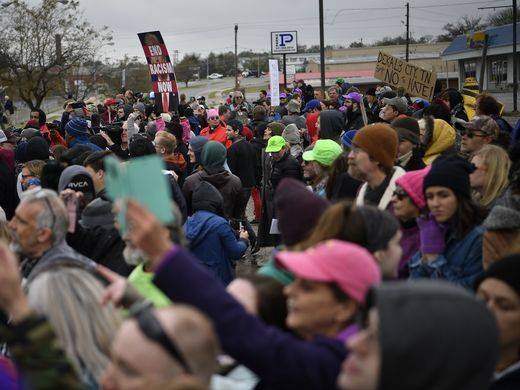 "The gathering in Shelbyville was very peaceful," he continued. "There were several ministers and a few rabbis in a huge crowd. I thought the counter-protest went well. The people of faith gathered were singing hymns and freedom songs together – very effective. Police did a really good job. Kept the two sides separate. From my perspective, it was a very positive event, a very positive day."

There were no reports of clashes or violence between the 160 white nationalists and more than 400 counter-protestors in Shelbyville.

Ballentine said he didn't get a sense of the disparity in the size of the crowds until he saw some pictures taken of the crowd by a drone. "If you look at the pictures you see them behind a barrier two or three deep, and our side was completely crowded," he said. "Overall, though, it was very peaceful and collegial on our side of the road."

The towns in Middle Tennessee were targeted for hateful demonstrations by The Nationalist Front, the League of the South, the Traditionalist Worker Party and other white supremacist groups because of the large numbers of immigrants and refugees settling there.

"White supremacists chose Shelbyville because it is a diverse and working class town where they thought they could rile up racial resentment among white people," said Margaret Ernst, associate student pastor at Brookmeade Congregational Church.

She spent time on Saturday serving on a chaplaincy team at the counter event and cookout. 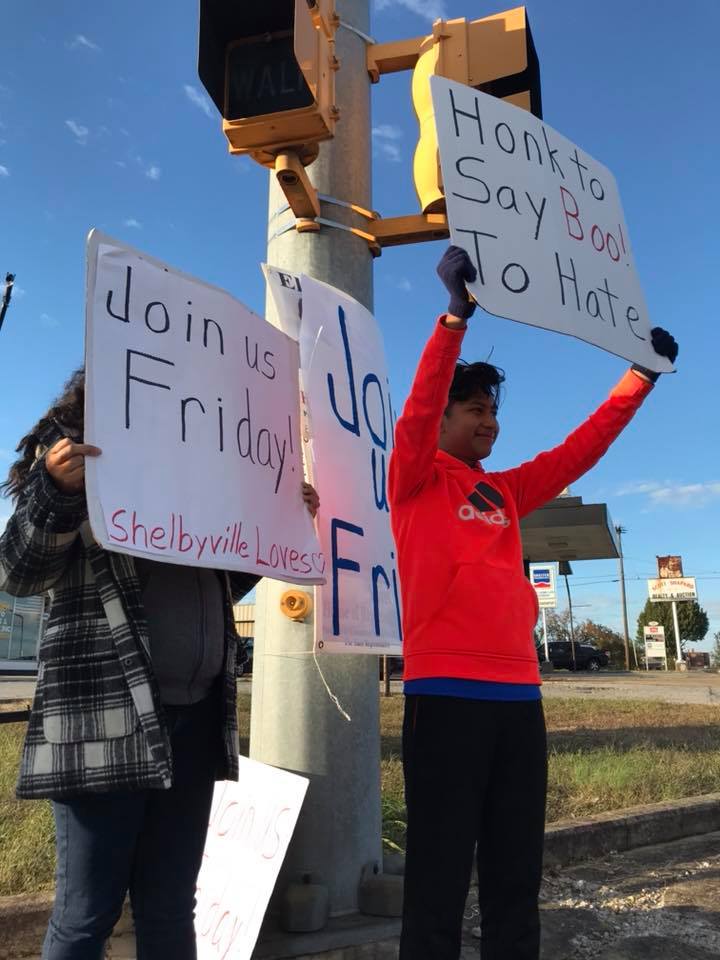 "We were present with those in Shelbyville choosing multiple ways to resist the white nationalists, whether that looked like eating pozole at the park or at the counter-protest overpowering the Nazi chants with our own," said Ernst. "It was very cold so we were there to pass out blankets and hand warmers, and coats. Counter-protestors and community members responded very positively to our presence throughout the day, asking for support and even for spiritual grounding exercises. It was a powerful way to be a spiritual presence in the context of this moment."

Ernst, one of more than 170 Tennessee faith leaders who came together with a message of love and solidarity prior to the rallies, said the people of Shelbyville came together too—in beloved community.

"People need to know that a young man in eighth grade, the son of Latinx immigrants who work at a chicken factory, helped at daily vigils to get his neighbors to honk to say ‘Boo to Hate.’ A white mother with bi-racial children brought kids in droves from the public housing project where she lives to make signs and banners for the counter-protest and was committed to protesting herself even though she knew it could be dangerous," she said.

"As a northerner born in Connecticut living in the South, these stories and so many more teach me that especially in this historical moment with a rising tide of white supremacy digging its feet in and looking for new recruits, the North and liberal cities on the coasts have so much to learn from courageous, rural, and working class Southerners who can show the rest of us the way of how to face our history and carve out a new future with humility and in community."