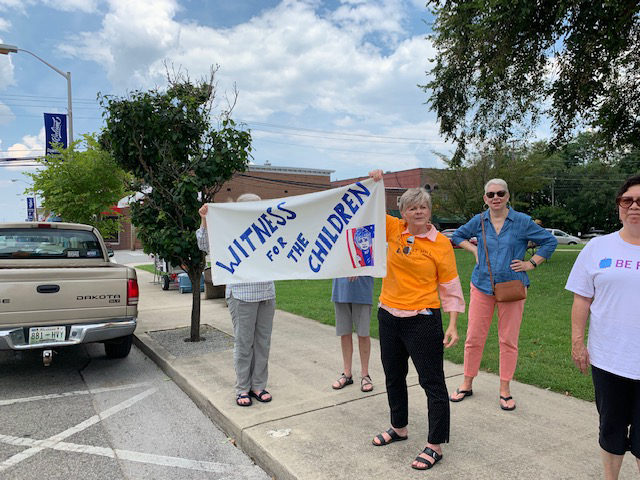 Members of a Tennessee congregation have made a commitment to their migrant neighbors and each other – to come together in prayer and in a visible witness, every Monday, until something changes in the conditions at the border.

Pleasant Hill Community Church United Church of Christ is hosting a vigil, "Witness for the Children," outside the Cumberland County Courthouse every Monday from 12:30 to 1 p.m. On Aug. 12, more than four dozen people showed up. This is week three. Those who want to participate, but are unable to physically, are convening a prayer circle at the church at the time of the vigils.

"The first motivation for me to act was the basic human decency that we should all possess, but which for some in the present administration seems not to exist. But my Christian faith also demands that we respond to this immigrant crisis with love," said Ted McKnight. "My hope is to raise awareness in this conservative culture in this place to the basic inhumanity with which the administration is treating the 'strangers at our gate.'"

Armed with signs, the group spends 30 minutes on the sidewalk outside the courthouse in Crossville, Tenn., waving at passers-by. The people from the Pleasant Hill Community Church (PHCC) are also welcoming others who believe the treatment of children at the border is wrong to join them. 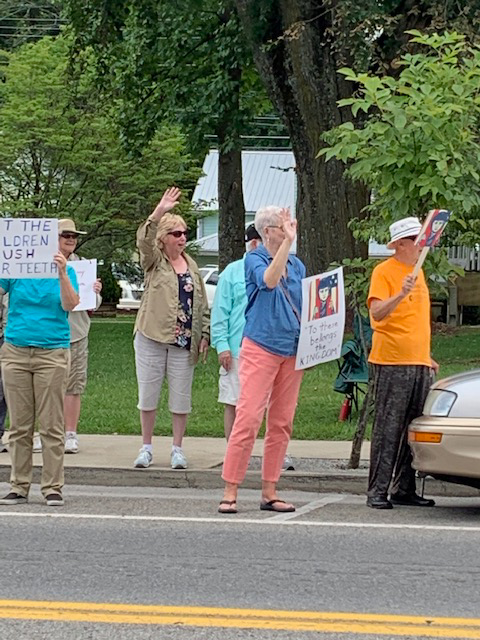 "For those of us who attend, I believe it is a sense of desperation that we must do something. We cannot sit silently," said Marie Fortune. "We also give some solace, I think, to those who drive by who agree with us and give us a smile and a wave. They know they are not alone either."

"What we hope to accomplish is heightened awareness and visibility, press coverage to continue raise the issue - keeping our community from relegating the issue to silence," said the Rev. Glenna Shepherd, PUCC pastor. "We also aim to be the voice of compassion, civility, non-violence and the value of immigrant populations in a deeply red county."

"I hope our action will help others step up and let their elected officials know things need to change and that the present treatment of immigrant children is unacceptable," said Karen Charbonnet, a member of the church's Immigrant Team who said the idea for the vigil came to her in prayer. "We will no longer tolerate for children to be taken from their parents, and we expect them to be given the same treatment we would want for our own children."

PHCC members, concerned about the obstacles facing immigrant communities, has reached out to help, holding legal clinics to introduce the idea of and need for parents to put in place powers of attorney for their citizen children. The congregation has also attended Family Literacy Nights in the local schools to meet and speak to undocumented folks and people in the community. PHCC is a sanctuary church, allocating space in its building to house an individual or a family who needs protection. So far, the room remains empty.

"We have been trying to reach out especially to the Hispanic immigrants in our immediate area. So far we have not struck on the best way to do this," said McKnight, who plans to be out participating every Monday. "The vigils are something concrete that we could do that might bring some hope to our immigrant brothers and sisters and their children." 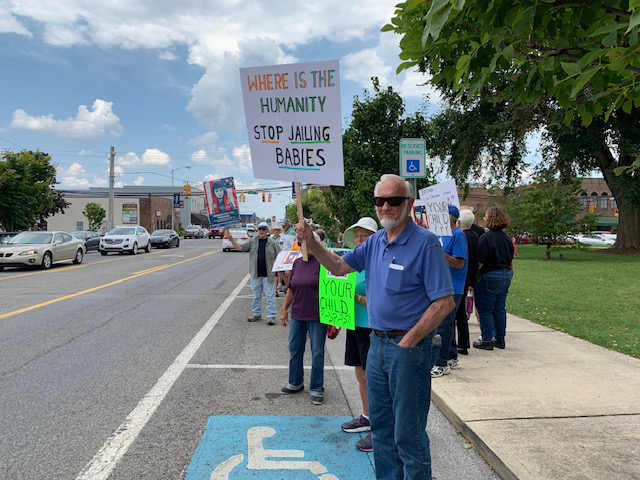 "I am committed to showing up every week to express a consistent message. We are holding parents and children in concentration camps," said Rev. Don Smith. "I was moved rationally to participate because the immigration policies are simply wrong – and against our core values as a nation. My heart says we just don’t do these things to children – separation from parents, no soap, toothpaste, showers, sleeping on floors, parents not home (because of ICE raids) when children return from school."

"There are two women who attend from over an hour away." Fortune said. "I thanked them for coming this far and they said, 'no, we thank you for having a place for us to come.'"

"I am committed to showing up every Monday," Charbonnet said. "I hope our public witness will open people's hearts and they will want to find a compassionate response to immigrant children and their families. And, we will continue to show up until needed changes happen because it is the right thing to do."