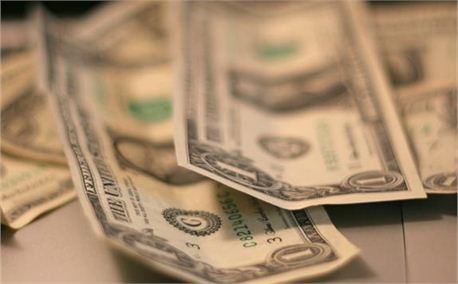 A task force studying giving and philanthropy, made up of 18 people from across the life of the United Church of Christ, wants to examine some of the values and motivations on how people make decisions when donating to the church. The end goal is the creation of a proposed model of giving that would generate more resources for the mission of the UCC.

Through a survey, the Giving Task Force is seeking to gather as much input as possible from members on what does and does not work with the current pattern of giving in the denomination, to develop a new or updated funding model by 2019.

"We know that giving and philanthropy has changed a lot in the six decades the UCC has been around, but our patterns have stayed the same," said the Rev. Andrew Warner, pastor of Plymouth Church in Milwaukee and chair of the Giving Task Force. "We want to check in with stakeholders in different settings as to what is and isn't working. We want the survey to be filled out by as many different people in as many different parts as we can, to cast a wide net as we develop a new pattern of giving."

The task force has already spoken with and solicited input from UCC conference ministers and members of the board of directors, and tweaked the survey based on feedback from both of those audiences. Now the survey is being shared with conference boards, congregations, historically under-represented groups, UCC affiliates and partners, donors and clergy throughout the church. The survey is open through May 15.

"It's a chance for people to be engaged in the creative process," Warner said. "Most people that I know are thoughtful about their giving, and because they are, we want them to share that thought process with us through this survey. We've looked at strengths and weaknesses of the current pattern of giving, and we've looked at how other denominations have faced the same question, and how they have passionate members fund their church bodies."

In the denomination's current pattern of giving — last updated in the mid-1980s — congregations collect offerings and retain a majority to cover their costs and send along a percentage to their conference office. Conferences then collect money sent by churches, and forward a percentage to the national setting. Those funds support the various ministry and mission programs of the national setting. As Warner described, "It was a very different era of the church. It was not a bad pattern, but it may not be the pattern we need now for denominational life in America."

With overall giving decreasing, the amount of money making its way to conference and national settings has steadily dwindled. In 2010, the national setting received $17.4 million in basic support (Our Church's Wider Mission donations) from conferences, and by 2014 the number was $15.3 million, a decrease of 12.2 percent.

Based on the survey input, the task force plans to present a proposal of a new funding model to the UCC Board of Directors for review at its October meeting. If approved, the proposal would be presented to the 2017 General Synod in Baltimore.

"This hasn't come out of the blue. Our denomination has had a couple iterations of conversations around changing the pattern of giving," Warner said. "[Former conference minister the Rev. David Crabtree] led the Best Minds project that looked at ways to promote different models giving in the UCC. That came at a time when the church was restructuring. Now we are picking up the work that previous group had done."

Take the survey and share your input with the Giving Task Force.