A few dozen pastors walked into a bar, gathering in the upper room of a downtown Milwaukee pub.

This is not the beginning of a joke, though humor was part of the evening at the Oak Barrel Public House. This was the start of a conversation about churches going “off the map.” It was an after-hours event offered Monday, June 23, in conjunction with the United Church of Christ’s General Synod at the nearby Wisconsin Center.

The venue was important in highlighting the diverse spaces where many congregations are meeting and worshipping and the missions and people they serve.

And diverse they were, these “Stories from the New Church.” The laughs, groans, cheers, sighs and tears from the audience attested to shared experiences. Even if an individual did not have their own story about the birth and death of goats; organizing worship in a karaoke bar; encountering death threats to provide a welcoming space for a children’s story hour; performing transformative work on bridges; doing all the wrong things in planting a church but somehow getting it all right; or even Davies’ own story of finding God in angels she encountered in Holland, there was a shared understanding of the presence of hope, love, and the Gospel as church was improvised and adapted to meet people where the people needed the church.

“The Gospel is alive and well in surprising places,” said the Rev. Chris Davies as she opened the evening. Eight speakers were planned for the evening with stories that “will take us right off the map.”

“You will hear new ways of doing church.”

The event was organized by the denomination’s Faith Education, INnovation, and FOrmation team, or “Faith INFO,” a relatively new denominational effort providing local churches with tools to preach to people in all of their diversity, often in unexpected places.

“My intent was to create space for the kind of worship that I see happening on the margins of the UCC,” said Davies, Faith INFO’s team leader. The storytellers for the event “are doing that effectively, intentionally, and with deep engagement. Amplifying their stories, even and especially when they are not recognizable by the church institutional, is a priority.”

“Many of the people in that room have found other ways of supporting and sustaining their ministry in the institution even as they do something outside of it.”

Stories of less-familiar places and methods are a theme that would be familiar to the delegates to the founding 1957 General Synod. Davies noted that the denomination’s constitution “affirms the responsibility of the Church in each generation to make this faith its own in reality of worship.” 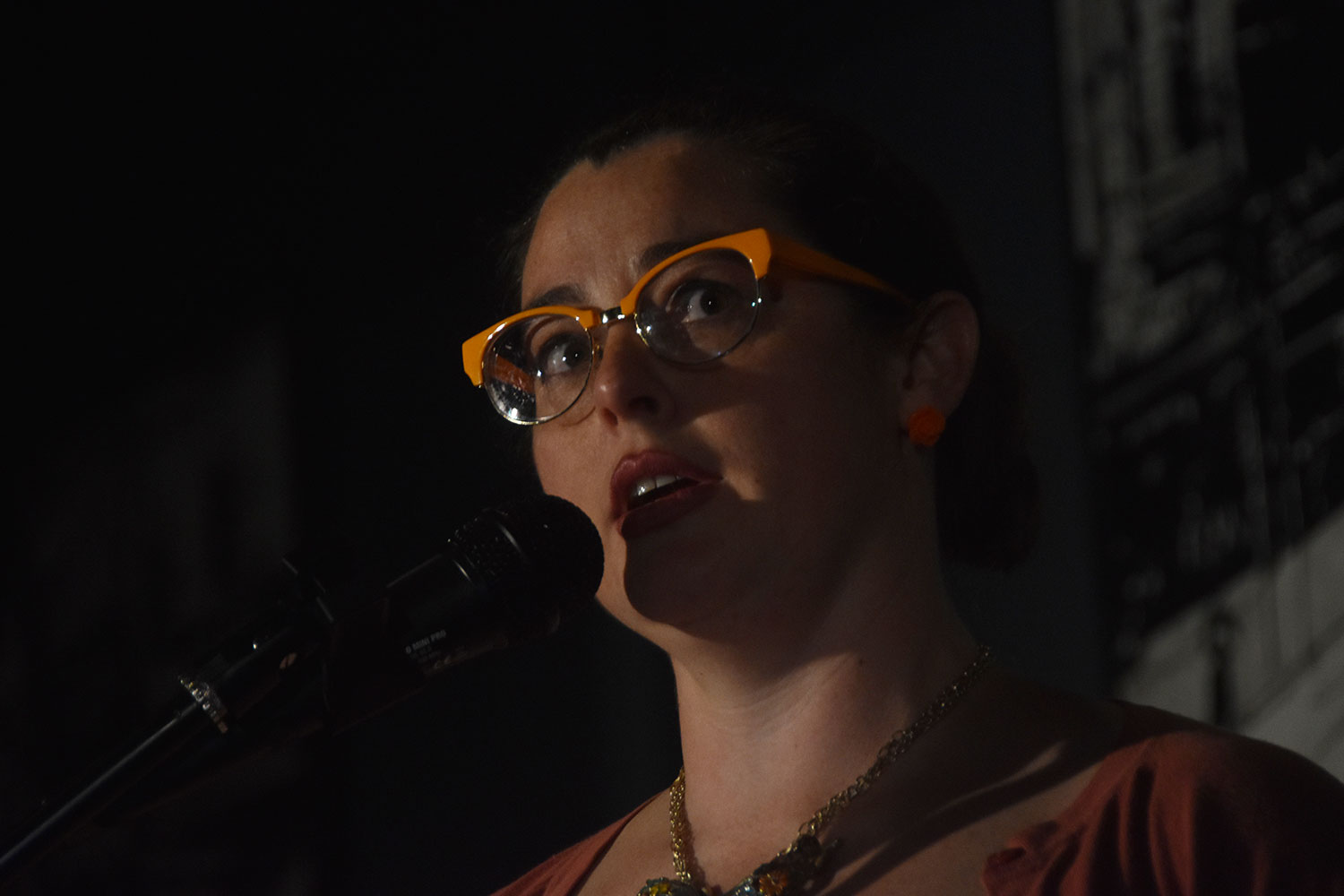 The UCC’s founders may not have considered these sorts of non-traditional locations for church, but they opened the door for creative ways of being the church and sharing the Gospel. “That is in the core of our coming together,” Davies said.

By telling the stories at a General Synod, by recording the stories and getting them out there as resources, there is more understanding of what is happening beyond the capacity of many to imagine.

Future generations of the United Church of Christ “will have a way to reach for the Gospel when they look and they’re not going to find it in the buildings as we know it.”

“Story telling is a mechanism of change. People don’t know they can do that until they’ve seen it done.” The stories will be available to churches as a resource for local churches “who wonder what there is beyond what they know.”