Of the many invitations delegates and visitors to the United Church of Christ General Synod received in advance of their meeting this week in Milwaukee, the most important may have been the invitation to give.

The effort is part of the denomination’s Three Great Loves initiative, a call to love of children, to love of neighbor and to love of creation.

The Rev. Tim Perkins, coordinator of the Wisconsin Conference Local Arrangements Committee, organized the clothing and toiletries collection. He said socks and underwear are going to adult men at The Guest House of Milwaukee, which assists men in moving from homelessness to permanent housing, teens at Pathfinders, and organization for at-risk youth, and women and children Cathedral Center of Milwaukee, which assists families who are temporarily without a home. Pathfinders teens will also get toiletries, as will men at The Guest House, through a gift of toiletry bags donated by Kohler companies.

While General Synod collects these items on a large scale, these kinds of efforts are also valuable ministries for local churches. Beginning is as easy as partnering with a local agency. Pick a few things the agency needs and start out small, said Susan Vornholtz from Neillsville, Wis. "Have a space, have labeled bins or boxes, and start small. You can always add on" to your efforts.

Wayne and Connie Gadt brought socks, underwear and soap from their home in Raystown, Mo., in response to the call for clothing. They are involved in several outreach efforts through their church, Southwood UCC in Raystown. The couple also volunteers in Kansas City. As simple as underwear may seem, Connie said this is "an important need." Wayne agreed. "It's clothes you don't see that are very necessary." 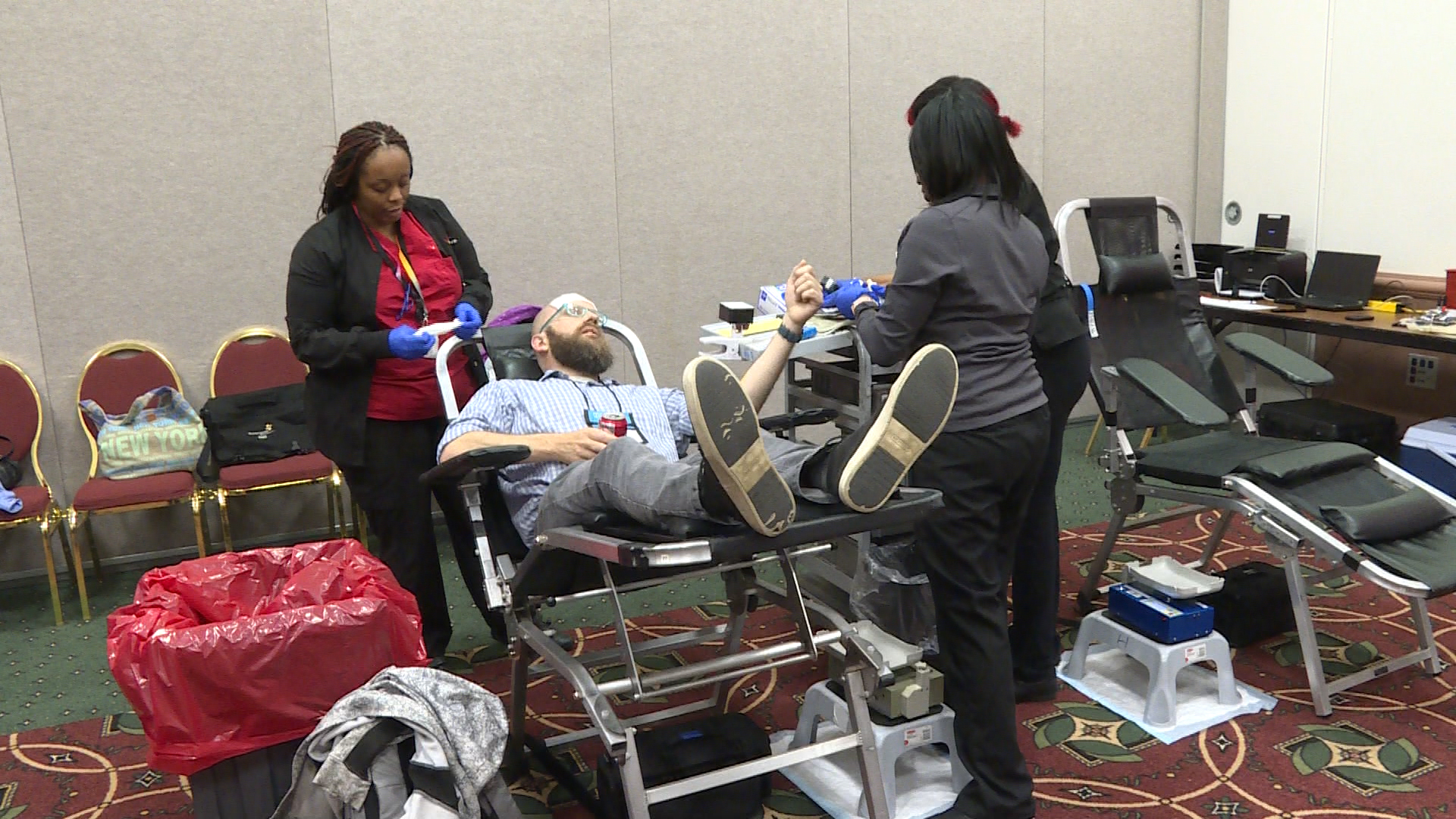 One floor above the clothing donation collection area, Leon Walker-Metts, with Versiti Blood Center of Wisconsin, was also encouraging people to donate to help save lives. He said 800 units of blood are needed each day in the Milwaukee area. Donated blood is separated into red blood cells, platelets and plasma, meaning each gift can help up to three people. Walker-Metts and his colleague Reanna Pieroni are confident they will reach their goal of 30 units during this drive. "We've had a lot of walk-ins and we're in a good place" near the Synod registration area, Pieroni said.

Gabriella Everett was one of the donors. She first gave blood in the aftermath of the 2017 shooting at the Las Vegas music festival. A resident of Las Vegas, Everett remembers the community coming together to meet the dire need for blood following the incident. She now gives regularly but hadn't planned a donation during General Synod, crediting the "really good sales pitch" from Pieroni and Walker-Metts seated outside the donation room.

Though she does not know where her blood will be used, Everett knows she has made a difference. "There is a great need for blood for a multitude of reasons," she said. "Knowing that this little thing that takes me 25 or 30 minutes helps somebody down the road. It's a really good feeling."

A not-so-memorable first blood donation experience in the 1970s has not deterred Dale Fiedler from becoming a frequent blood donor. Fiedler, from Freeburg, Ill., remembers fainting the first time he gave blood. His initial experience did not stop him from eventually becoming a casual giver over the years. He noticed the Synod blood drive in his advance materials and said, "it was the Christian thing to do."