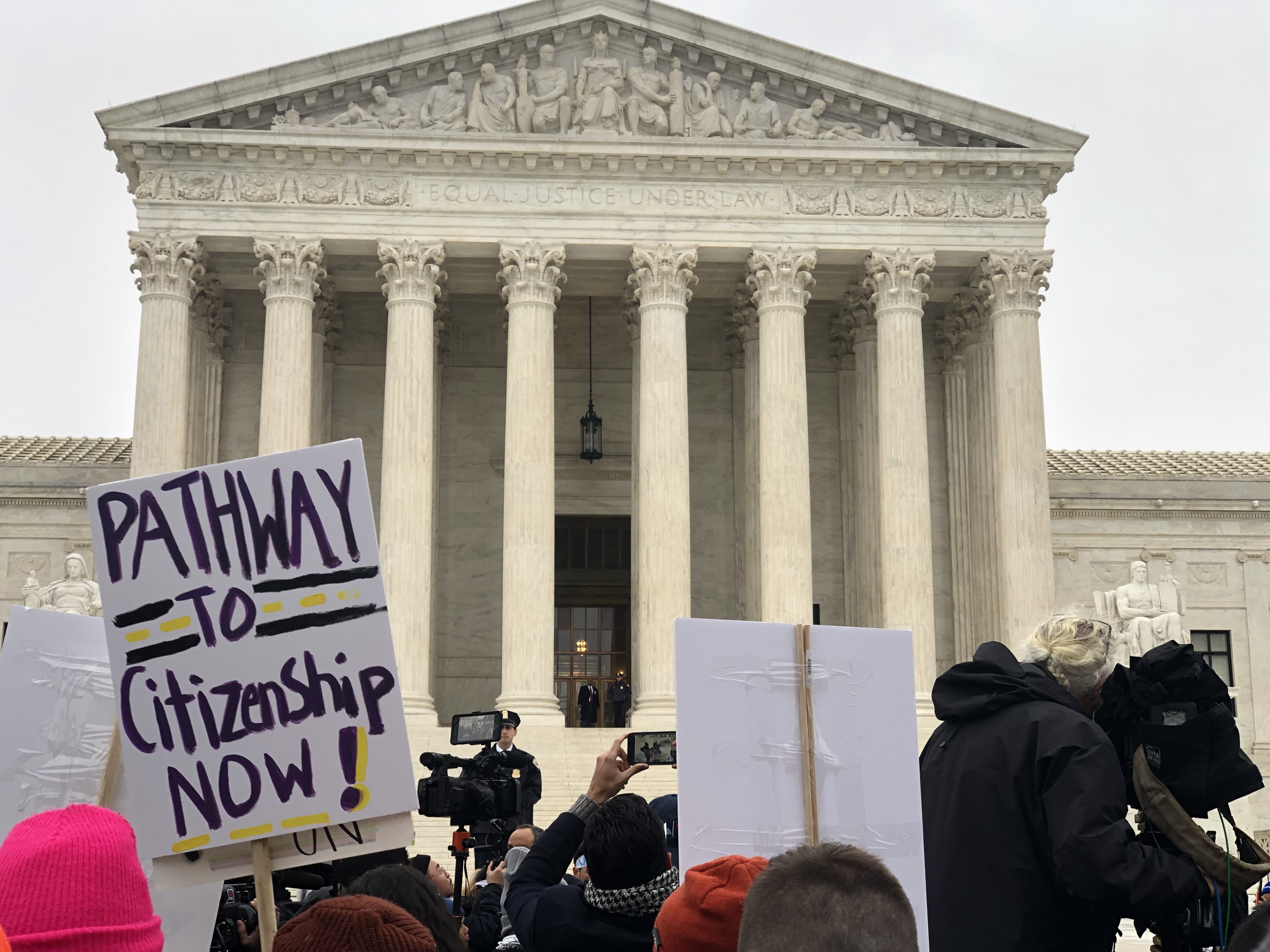 United Church of Christ leaders and immigration advocates are celebrating a major victory with young people brought to the United States as children. The U.S. Supreme Court decided Thursday that the Trump administration cannot shut down the Deferred Action for Childhood Arrivals program, which has allowed nearly 800,000 “Dreamers” to avoid deportation.

"Today is a huge victory for undocumented youth throughout the country," said the Rev. Noel Andersen, coordinator of the UCC Collaborative on Immigration. "The Supreme Court made the right decision to uphold the Deferred Action for Childhood Arrivals, ruling that the administration's attempt to terminate the program was unfounded."

"The movement of immigrant youth that led to this decision is simply remarkable," said UCC Domestic Policy Advocate Katie Adams. "I’m grateful the Supreme Court has upheld what simply should not have been in question. Simply, our DACA siblings belong here and are rightfully here. Now we return renewed and with increased vigor to pass legislation that provides a pathway to citizenship for immigrant youth and Temporary Protected Status holders." 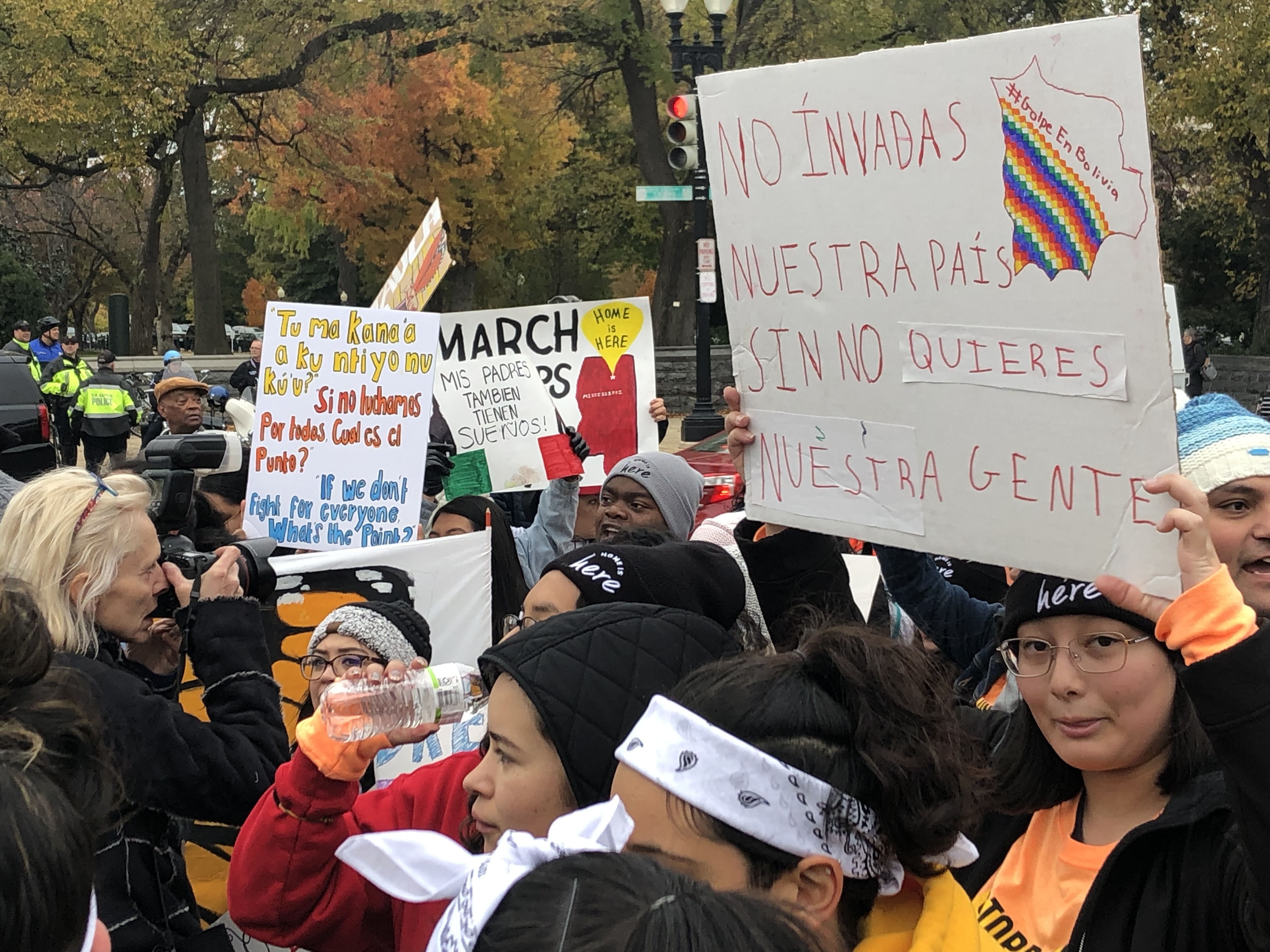 The 5-4 decision, authored mostly by Chief Justice John Roberts, said the government, specifically the Department of Homeland Security, failed to adequately justify why it would terminate DACA.

"We do not decide whether DACA or its rescission are sound policies," Roberts wrote in the majority opinion, in which he was joined by Justices Ruth Bader Ginsburg, Elena Kagan, Stephen Breyer and Sonia Sotomayor. "'The wisdom' of those decisions 'is none of our concern.' We address only whether the agency complied with the procedural requirement that it provide a reasoned explanation for its action."

The administration has tried for more than two years to end DACA, announced by President Barack Obama in 2012 to protect qualified young immigrants from deportation.

"The Trump anti-immigrant agenda is clearly based in racial animus and the attempt to stoke division," Andersen said. "As the UCC, we have worked to be in solidarity with DACA recipients who have built the community power needed to make this win possible. We continue to lift up the moral responsibility to build a culture where DACA recipients are welcome and all people, regardless of citizenship or background, feel like they belong." 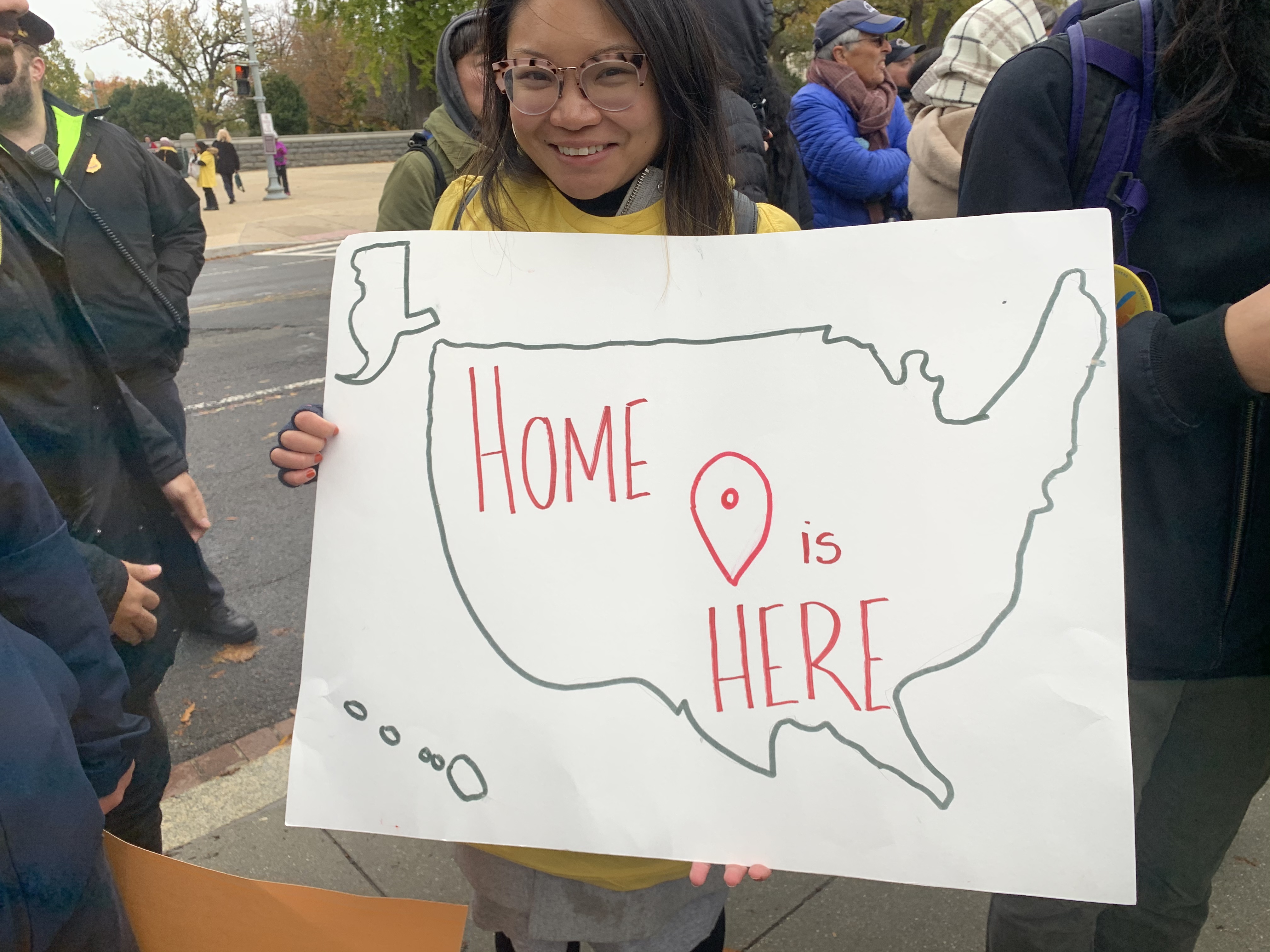 "If my eight years in the Southwest Conference taught me anything, it taught to more deeply appreciate the gifts and blessings of our immigrant community and the indispensability of their contributions to our culture and economy," said the Rev. John C. Dorhauer, UCC general minister and president. "I celebrate this decision of the Supreme Court, and pledge the full support of the United Church for Christ for DACA in particular and immigrant justice more broadly."

The UCC, an Immigrant Welcoming Church by a 2017 General Synod resolution, has long advocated for the rights of migrants. The Synod passed a resolution "Affirming the Dignity and Self-Worth of Immigrants" in 1995, called for attention to border justice issues in 1997, and, in 2007, advocated for a more humane U.S. immigration policy.

UCC advocates immediately allied with the young DACA recipients in 2017, calling the effort to terminate the widely successful program “cruel and unjust.” 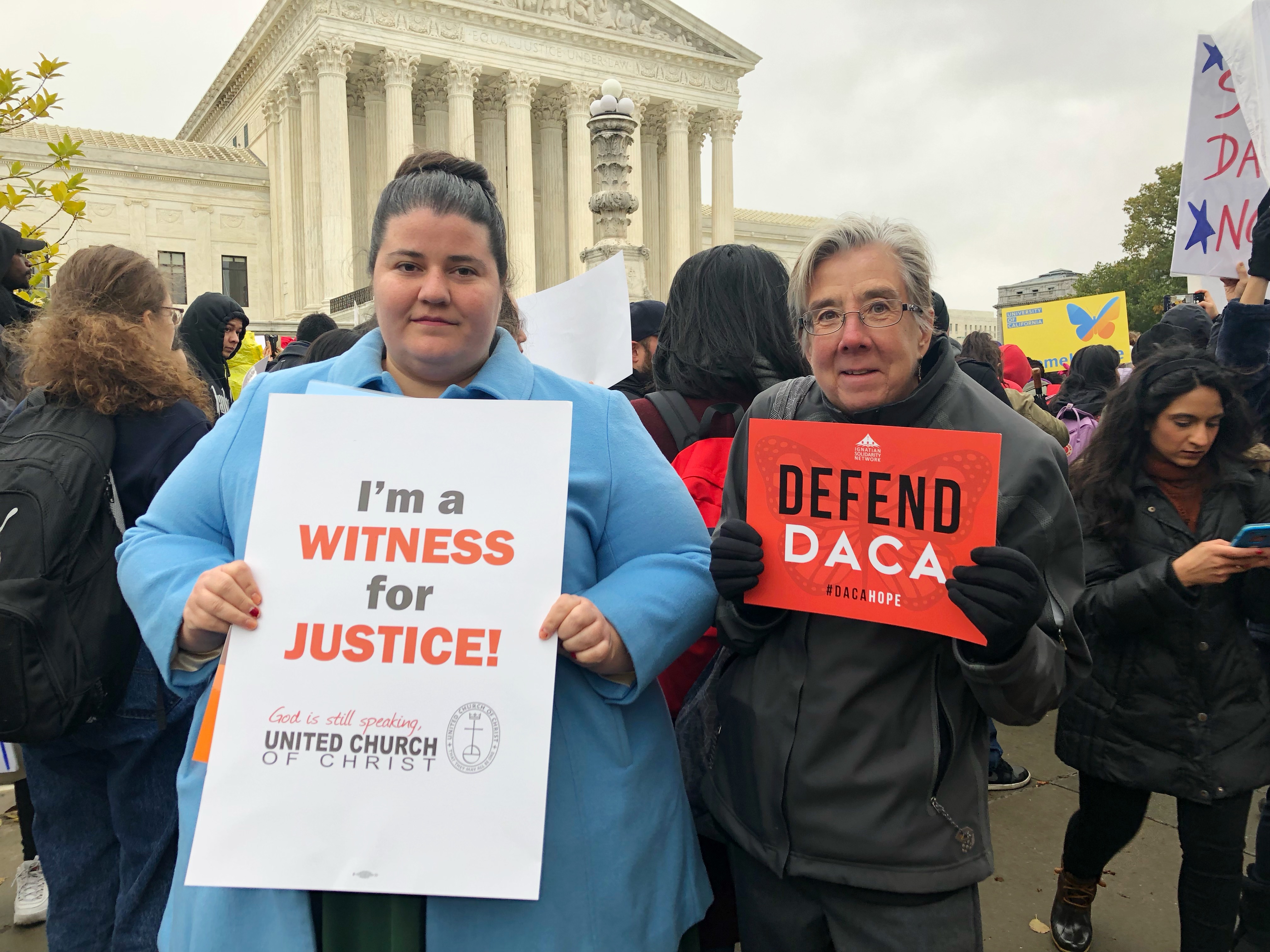 "The contributions and gifts of DACA recipients have never been more clear than during the COVID-19 crisis, with over 200,000 of them essential workers on the frontlines,” said Adams, who also chairs the Interfaith Immigration Collaborative. "As people of faith we understand that dignity, value and worth are inherent to every person. It is far past time for the U.S. Congress to now step in and do what’s right for the country – which is to enact permanent protections and a path to citizenship."

"Dreamers are contributing to the fabric and foundation of building this country," said the Rev. Karen Georgia Thompson, UCC associate general minister. "We must keep dreaming for a world that is welcoming and for policies that will provide all with the opportunities for living a life that is free and fulfilled.”

The high court’s DACA decision on June 18 is a major blow to Trump’s domestic agenda of immigration reform. The opinion is the second this week in which the Supreme Court -- with two of the President’s nominees -- has ruled against the administration. Monday, the court said LGBTQ Americans are protected under the Civil Rights Act.

"We are living in unprecedented times of change. The atmosphere is dynamic and our country may very well be on the precipice of a new awakening," said the Rev. Traci Blackmon, UCC associate general minister. "I call into this moment the words of Dr. Prathia Wynn Hall and Dr. Martin Luther King, Jr. who dreamed of a better nation. That dream does not pertain exclusively to racial unity, but rather to the building of Beloved Community across all spectrums of creation. For the 800,000 Dreamers for whom this Supreme Court decision affirms our nation’s recognition of Dreamers within the fabric of America, I give God praise. The Dream continues."