The speakers in a June 9 United Church of Christ webinar said they get that some Christians feel sad and frozen in the face of today’s police violence, coronavirus and other problems – but then offered them a way to turn those emotions into action. The Poor People’s Campaign‘s planned mass assembly on Saturday, June 20, has moved online. People can register here. 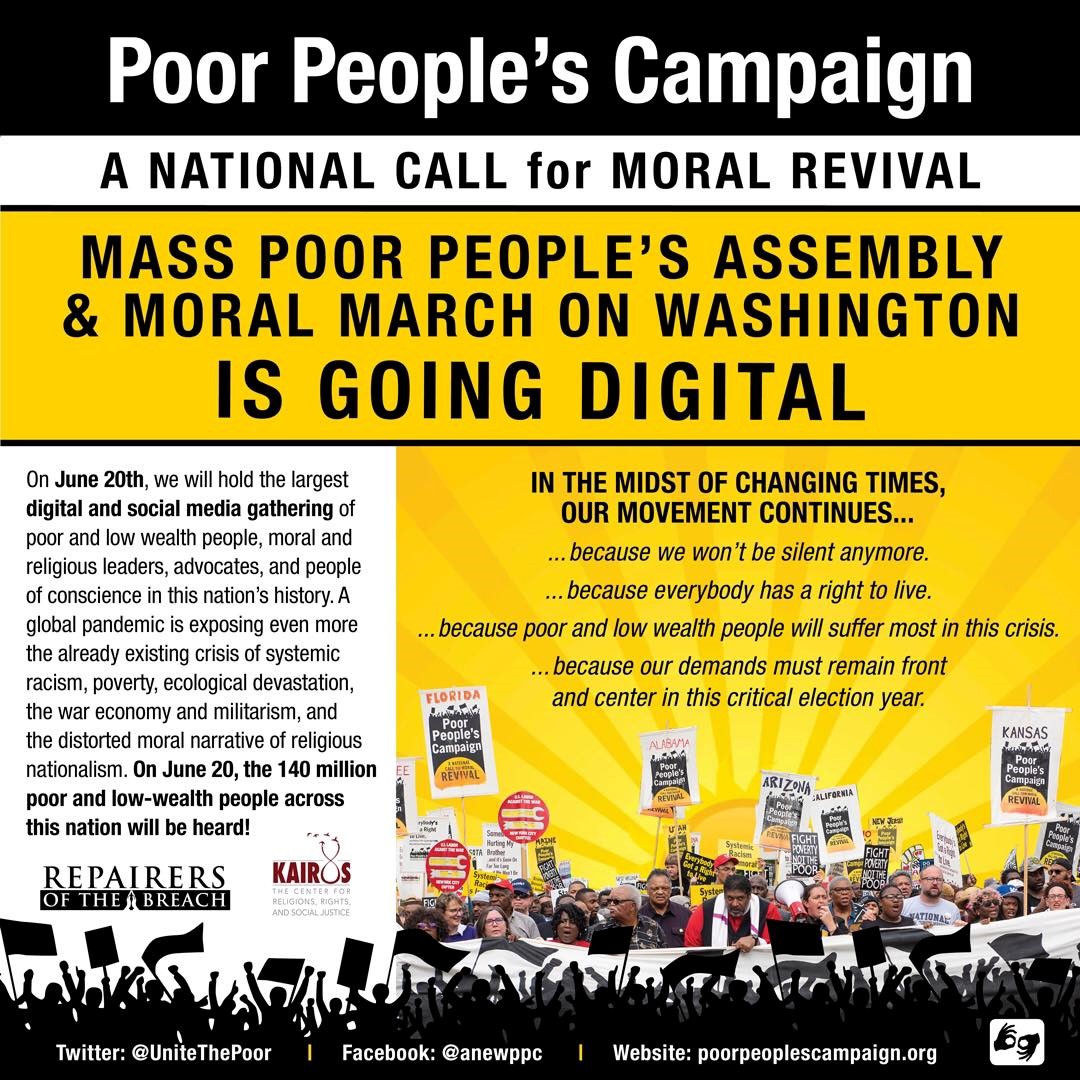