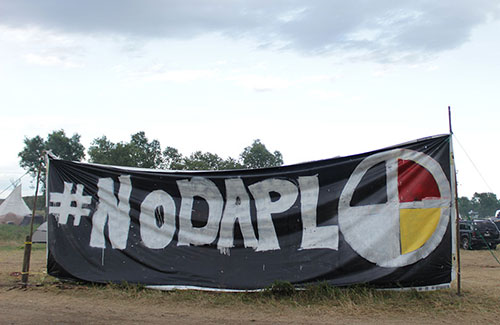 The water protectors have broken camp along the Cannon Ball River, and construction has resumed on the final section of the controversial Dakota Access Pipeline. But the Standing Rock Sioux and the Cheyenne River Sioux tribes and their allies are continuing their efforts to bring the project to a halt before oil flows under a reservoir at the Missouri River.

They are calling allies to a march in Washington D.C. on March 10, they are pressing forward with their lawsuit against DAPL in federal court, and they are encouraging advocates to stand with them at vigils around the country.

"The power of Standing Rock continues to impact work in the Twin Cities," said the Rev. Rebecca Voelkel, who was one of 100 people at the rally at the Minnesota State Capitol on Feb. 23, the day the Oceti Sakowin encampment was cleared. "Specifically around stopping DAPL, many of us continue to work on impacting the financial institutions funding the project and preparing to participate in the Standing Rock March on Washington."

Monday, Feb. 27, a federal judge is holding a hearing on an injunction the Standing Rock Sioux Tribe is seeking against the U.S. Army Corps of Engineers, which granted the final easement Energy Transfer Partners (ETP) needed to drill under Lake Oahe, a reservoir off of the Missouri River near Cannon Ball, North Dakota.

"The Standing Rock Sioux Tribe remains adamant that the Dakota Access Pipeline is a dangerous project that threatens our water," said Dave Archambault II, chair of the Standing Rock Sioux Tribe. "The tactics to divide our fight against the real enemy, Energy Transfer Partners, are counterproductive and detract from the goal to stop the denigration of our sovereign rights to protect our treaty resources."

The Rev. Gordon Rankin, conference minister of the South Dakota Conference UCC has hope the tribe can win the lawsuit before Judge James Boasberg of the U.S. District Court in Washington, D.C. "The Tribe was not consulted as a sovereign nation, the Nationwide Permit 12 (only to be used in cases that support the public welfare, like electric or gas lines) was illegally used in the granting of permits for an oil pipeline — taking the oil to the company's refinery, not to the public," said Rankin. The case, brought by the Standing Rock and Cheyenne River tribes against the DAPL and the Army Corps of Engineers, "also contends the ACOE illegally ignored their own rule by revoking the Environmental Impact Statement and granting the easement." 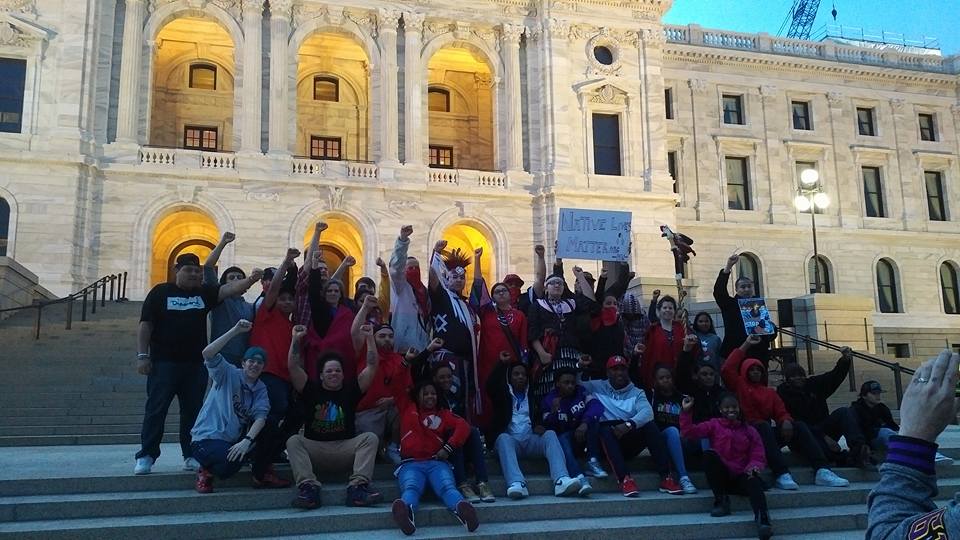 Rankin and Voelkel plan to join more than 100 other UCC members who have signed up to march with the Tribes in D.C. on March 10. In keeping with Lent, UCC contingent participants are being encouraged to wear the Lenten color purple. In addition, the Rev. Brooks Berndt, UCC minister for environmental justice, is inviting marchers to make signs that evoke the need for national repentance regarding the history of violence and oppression perpetrated by the U.S. government against indigenous peoples.

Voelkel is also encouraging allies of the First Nations people to do more in their own communities to get on the path of justice.

"We are doing deeper education around the Doctrine of Discovery — our local UCC church is screening the documentary by Sheldon Wolfchild during Lent — and local efforts at Native-non-Native partnerships continue both around education at Dakota Sacred Sites and through bearing witness retreats and shared activism. One example is that a local lake, through Native-non-Native partnership, has been renamed Bde Mka Ska instead of Lake Calhoun."

Archambault has referred to the movement to stop DAPL as "an awakening" that has brought hundreds of sovereign Native American Nations together with faith-based organizations and environmental advocates. All hope to bring a halt to the project before pipe is laid under Lake Oahe and oil starts flowing — which ETP says could happen as soon March 6-April 1.