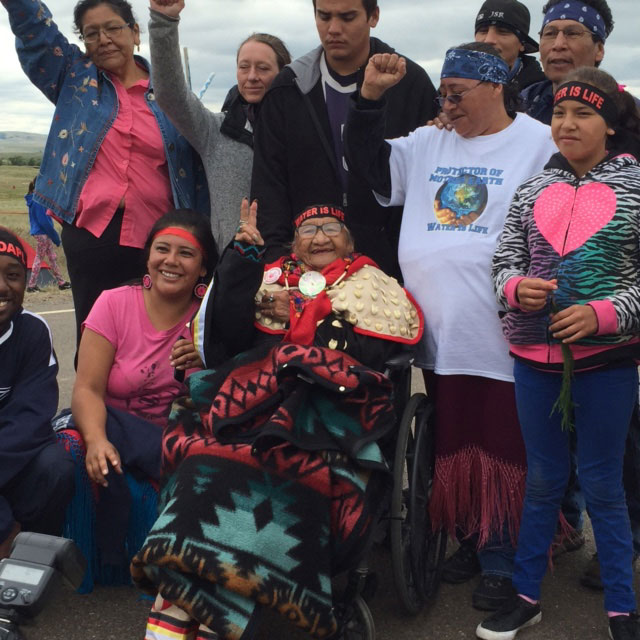 The Native people of more than 100 sovereign nations, and their spiritual and environmental allies, are standing firm in their resolve to stop construction of the Dakota Access Pipeline.

"Our water protectors are not leaving this land until they know that black snake is dead."

Those words from Toni Buffalo, program coordinator of the UCC Dakota Association, succinctly describe the movement going forward to kill the DAPL.

Toni Buffalo is one of the thousands of people who have been in the camps near Standing Rock Reservation in North Dakota, protecting the water and the land from the pipeline designed to carry oil 1,168 miles to Illinois under the Missouri River and through several watersheds, farmland, forests and sacred and cultural sites.

"We still have a long road ahead of us," said Bryon Buffalo, who pastors two churches on the Cheyenne River Reservation. "But it's a fight that we all say through whatever we do today, through the churches, through prayer, we are doing for the younger generation that is coming up and the younger generation that isn't born yet. Everything we do is for them, because we are living in a world in which everything that is living needs water to live. Every single creation that God created needs water to live. That's why we are in this fight." 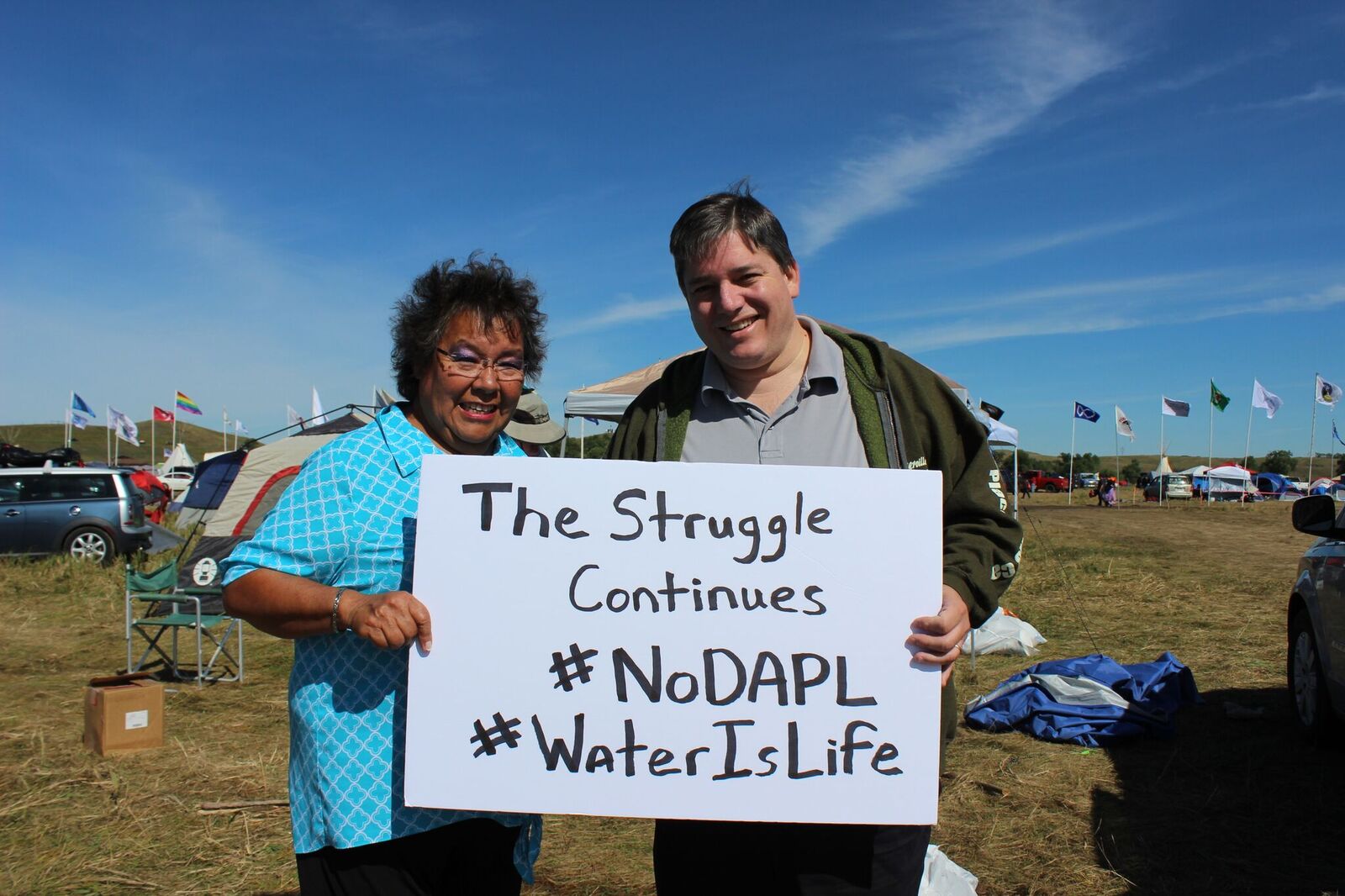 "Seeing so many people gathered together because they care about the same thing is inspiring," said the Rev. Gordon Rankin, conference minister of the South Dakota Conference UCC. "I know I really don't understand how historic it is to have so many First Nations Tribes gathered together but nonetheless there was a palpable sense that this was something unprecedented.  And they are not there short term. There is already talk about how to hunker down for the winter."

The defending citizens celebrated an important victory Friday, Sept. 9 when three government agencies issued an unprecedented decision that temporarily stopped work on the pipeline at Standing Rock near the Missouri River, at Lake Oahe. Texas-based Energy Transfer Corporation was asked to cease construction while the Army Corps of Engineers revisits the permits it granted and reconsiders future permits, taking another look at the laws. 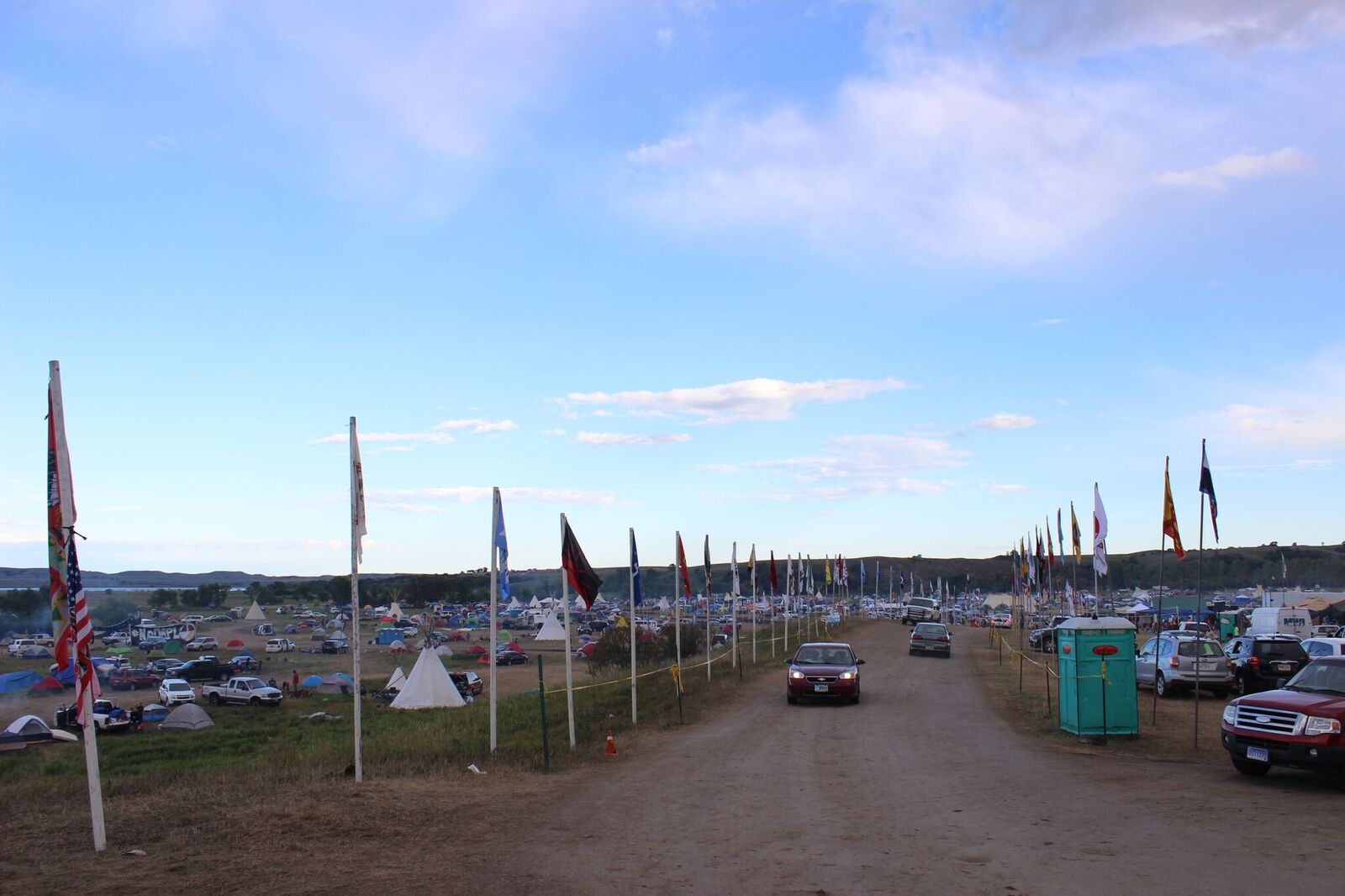 "Having read that the injunction was denied and then that the Obama administration put a halt on the under the river construction until further studies can be done, I wondered what the mood around camp would be," said Rankin. "Personally, I didn't know what to feel. The mood around camp was at peace. They talk about being peaceful - which I always interpreted as non-violent - but my experience was that I was defining peaceful too narrowly. The community gathered at Oceti Sakowin emanates peace.  They were literally full of peace."

There are four camps of water protectors at Standing Rock, the original, the Sacred Stone camp on the south side of the river. Red Warrior and Rosebud camps also sprang up as people showed up to join the standoff, but not all the areas are able to host the multitude of allies coming to join the Standing Rock citizens.

The biggest camp, Oceti Sakowin, which welcomed an invited contingent of UCC clergy, ecumenical partners and environmental advocates, is overseen by the Tribe. Water and sanitary facilities, a school for children and an eating area for those not able to make food are available.

As witnesses and interpreters, UCC ministers continue to share the story unfolding at Standing Rock. 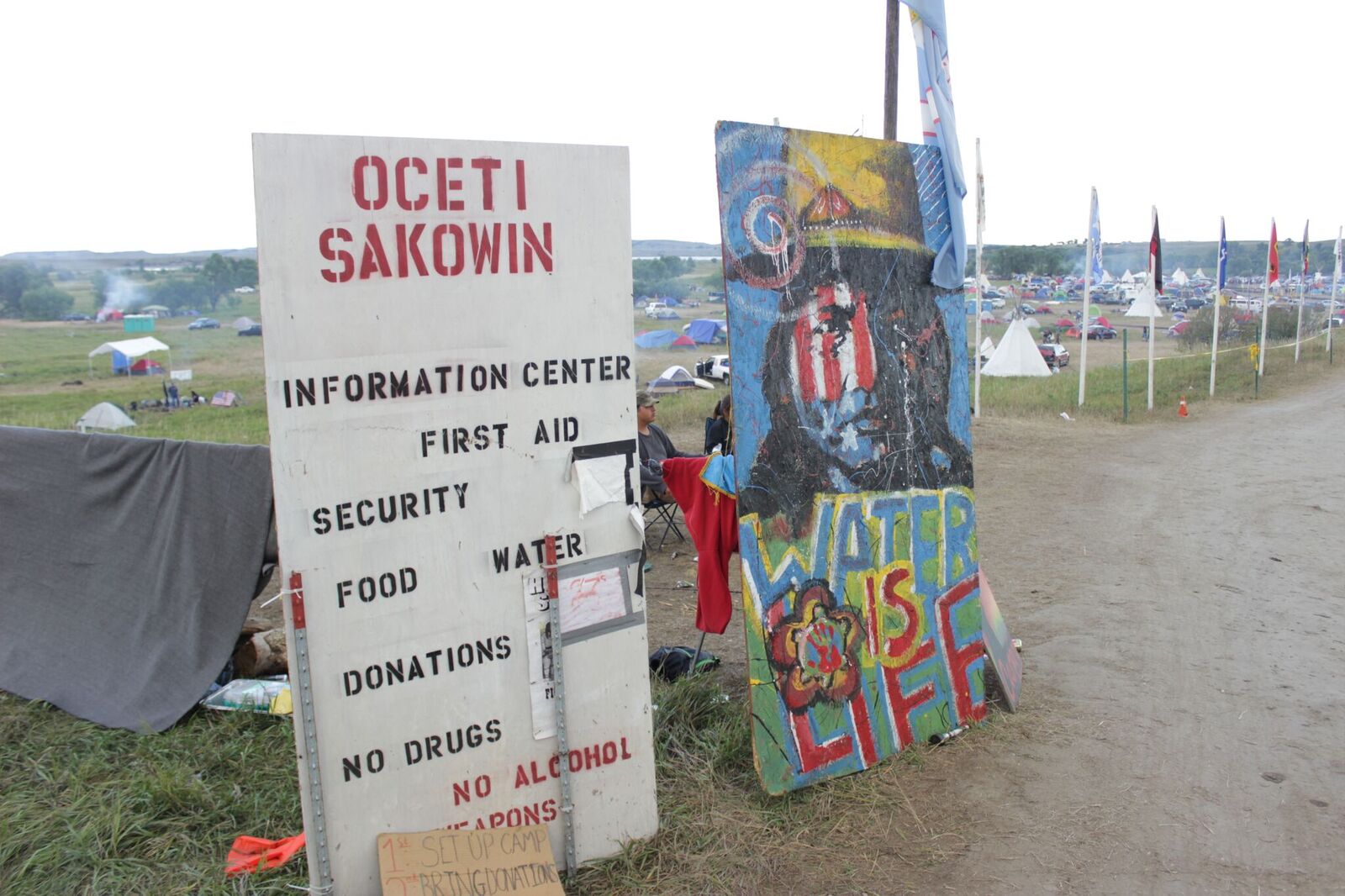 "When asked to explain his teachings, Jesus said, come, follow me and experience them for yourself. The movement at Standing Rock is the same," said the Rev. Gretchen Deeg, senior minister of the United Church of Christ in Bismark, N.D. "It is so grounded in the Spirit that our common language for protests and politics leaves conversations wanting. If you can, you must go to Standing Rock, experience what it means to stand up for the Earth from the core of your spirit, and learn from the people who are calling us back to the Earth."

"It doesn't take long at camp to know you are among sacred community," said Rankin. "Everything is prayerful, respectful and welcoming."

The Standing Rock Sioux Tribe is also exploring "all legal, legislative and administrative options to stop construction of the Dakota Access Pipeline." After a U.S. District Court ruled against a preliminary injunction Sept. 9 to stop DAPL, the Tribe on Monday, Sept. 12 filed a request for an injunction pending an appeal before the D.C. Circuit Court of Appeals, which is expected to soon release a schedule to move the case forward. At the same time, the District Court lawsuit will proceed to address additional claims involving clean water and environmental review.

"It's a continual and central message that stresses the sacredness of water, leadership that repeatedly and publicly calls for prayer, and daily spiritual ceremonies and practices that form the lifeblood driving the movement," said the Rev. Brooks Berndt, UCC minister for environmental justice, in a New Sacred blog post. "There is no doubt that the foundation of this struggle is one that can be aptly described as spiritual or religious. It demonstrates what many of us have known on a much smaller scale: collective efforts for change flourish when they can root themselves in the sustaining and renewing power of the sacred."

Several petitions are being circulated nationwide to stop this pipeline. Add your voice.