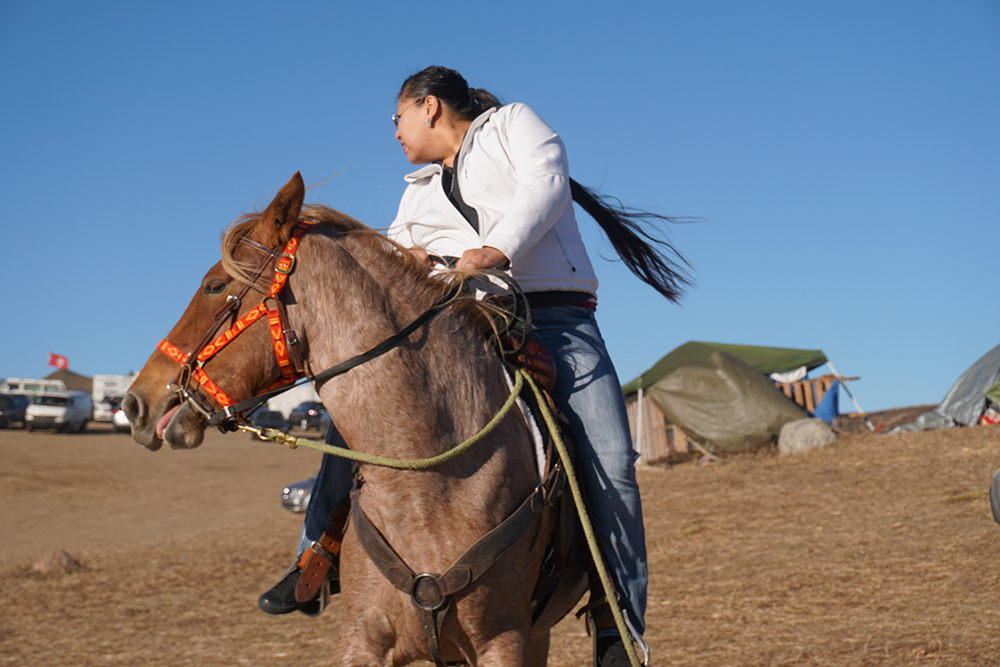 The water protectors at the Standing Rock Sioux Reservation who want to stop the completion of the Dakota Access Pipeline value ally support—but they also hope allies will listen for guidance when they show up.

People who journey to Standing Rock to show solidarity are walking on sacred grounds at the Oceti Sakowin Camp in North Dakota, where hundreds of Tribes are gathering in a way they haven’t united since the 1800s.

Three Indigenous water protectors spoke with a group of United Church of Christ allies about conscious solidarity at Standing Rock.

"When the Nations came, it was an extraordinary moment to see so many flags and so many nations come to say, 'we know you’re under duress that's being caused by an outside force,'" Oceti Sakowin Camp organizer Johnnie Aseron said. "That outside force is still driving an ever-increasing amount of non-Native peoples to feel something that they want to try and somehow get involved in. So it’s all best of intentions. I have yet for someone to identify that they came with unclear or bad intentions."

Allies arrive to camp in support, but they sometimes assert their own norms before learning the cultural practices observed by the First Nations people who have been at the camp.

"One phrase that I always come up with is cultural protocol," said Ron Martel Jr., a member of the Standing Rock Sioux Tribe. "That would kind of be what we’re asking. Because when you go to your house, you have your own rules. At Standing Rock, we have our own protocol, but it’s hard to get people to follow that; they don’t research it."

"If we were going to your house, we won’t bust in and just start rearranging it so it looks like something that’s familiar to us," Aseron adds. "We’d be the visitor. We’d be the guest. There is cultural protocol and information right on the website now."

Aseron recalled seeing a man driving through camp in a semi-truck, trying to sell yurts. He was selling them for $9,000 a piece, claiming he was offering people a discount.

"He’s doing commerce and industry," Aseron said. "He’s turning it into a festival. But he has a right, he believes, to try to offer a discount to these people that he’s helping by bringing these things that he has. Because his mindset is that all of the world is commerce and industry.

"The land you’re on now is not about commerce and industry. If you want to do some trading, the Tribe, that’s what they are there for. They set up all kinds of systems so that could happen. But this space was supposed to be a prayer camp. And now it’s becoming industrialized." 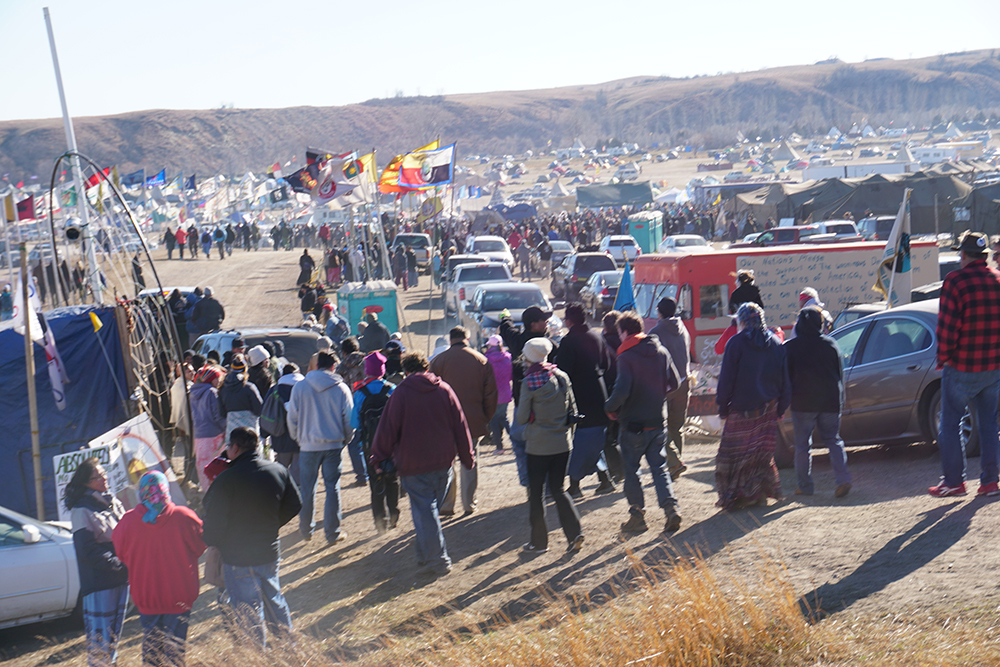 Rev. Traci Blackmon, acting executive minister of UCC Justice and Witness Ministries, says communicating with allies during movements is usually an obstacle for all organizers.

"I’m from Ferguson," Blackmon said. "Not with this magnitude, but the same issues happen every time. The cultural appropriation, the people who make money off of the situation, it’s fascinating."

Aseron, along with others in the camp, fear many of the allies flocking to the camp won’t continue to help with overall land maintenance or won’t be there to help clean up the land whenever the issue of the Dakota Access Pipeline is resolved.

"Somebody’s going to have to clean it up," Aseron said. "You know how that is. You have a big social event, and a handful of people clean up what was made by hundreds. Well now, we’re talking thousands have done that."

"You have people with their own ideas and their own agendas coming in, and it’s hard to regulate something like that," said Kory McClaughlin, a councilman at large in the Standing Rock Sioux Tribe.

Supporters of the water protectors can also increase the awareness of their allyship by paying closer attention to donation requests instead of sending unsolicited donations.

Visiting Standing Rock or giving donations may not be feasible, but allies can also support the #NoDAPL movement by pressuring mainstream media sources to give the Indigenous people at Standing Rock more media coverage. They hope reporters will cover the violence they’ve experienced at the hands of the military and the local and county police, who have also closed roads near the reservation, impacting supply delivery, media coverage, and the day-to-day lives of people at the Oceti Sakowin Camp.

"If you ever want to do something, go to your local media news—Cleveland, Pittsburgh, Denver, and tell them to start broadcasting this," Martel said.

"Everybody who lives in the area has to go all the way around now to do their stuff, and it’s blamed on the camp," Aseron said. "But it’s not the camp who went and said let’s have military action—bring out armed people wearing gas masks and dropping canisters of tear gas on people who were just standing there praying."

Allies can make Standing Rock news by pressuring news stations to cover what is often not in the headlines: peace.