Solidarity and friendship between Christians and Muslims at Christmas 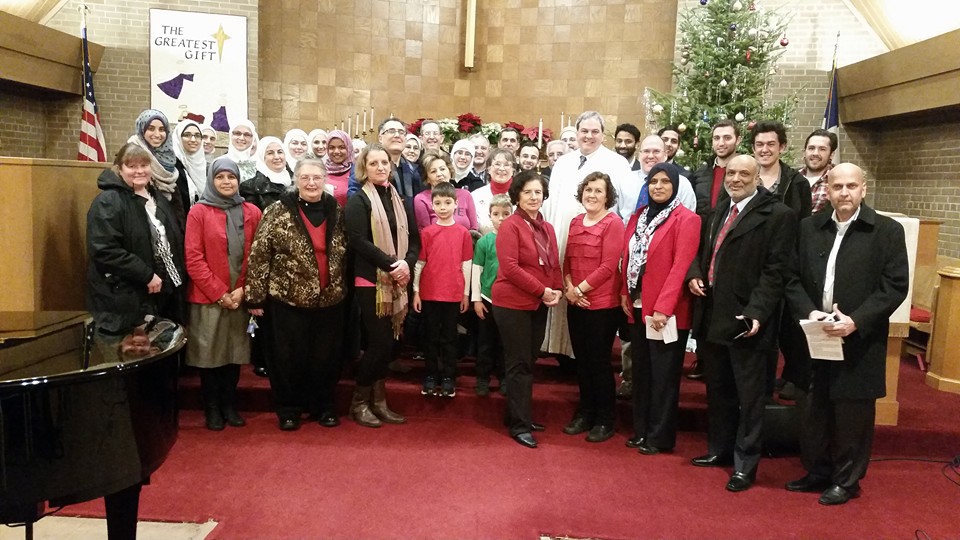 UCC churches in Illinois and Missouri marked the celebration of the birth of Jesus by living into his commandment to love our neighbor. In the midst of a busy holiday week, St. Paul's United Church of Christ in Downers Grove, Ill., and Southwood United Church of Christ in Raytown, Mo., reached out to their Muslim neighbors in the spirit of true community to show support and solidarity.

"There has been such vitriol and such evil being spoken of our brothers and sisters in peace," said Moore, "so I reached out to our friends at MECCA, with whom we've partnered together for other community worship services, and asked if they would be interested in attending our Christmas Eve services. The congregation responded that they had been praying to God for opportunities to join with other people of faith and that they would wait for an invitation. The invitation from St. Paul's came just after a MECCA board meeting where they hoped for such an invitation. Both our congregations are looking forward to continuing solidarity, friendship, and cooperation with one another." 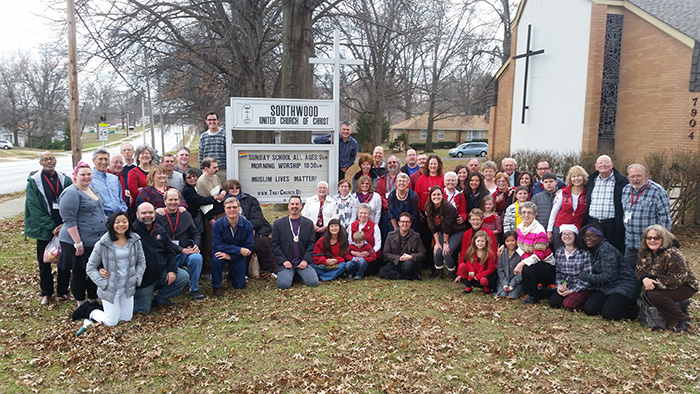 When Moore spoke of Mary, Joseph and baby Jesus as a refugee family during his sermon, Brother Omar Tawil, youth director at MECCA, followed with moving remarks that told of the respect Muslims have for Jesus and how both Jesus and Mohammed were refugees, both fleeing from danger and both being welcomed to a safe haven by those showing hospitality, kindness, and love.

In Missouri, the Southwood congregation readied for Christmas week by passing a resolution of solidarity with Muslim neighbors, gathering for a photo to underscore that support.

At the instigation of the congregation mission team, Southwood put "Muslim Lives Matter!" on the church street sign and gathered around it on Sunday, Dec. 20, for a group picture. The photo will be hand delivered by Pastor Michael Stephens to the local mosque and its attached school on Monday, Jan 4.

"At Southwood United Church of Christ, we are very concerned about the heightened rhetoric in our nation against Muslim families and children," said Stephens. "This kind of rhetoric of fear and hate has historically brought out the worst in us as Americans and Christians. Hate crimes are now at all-time highs against our Muslim brothers and sisters. Southwood invites all Christians to live out Jesus' call to truly love our neighbors and all American descendants of refugees, to maintain the hospitality that is a founding principle of this nation."

Southwood, Stephens said, has already seen a response to this visible show of support, in the form of a message left for the congregation by a church visitor.

"I sat down last evening and read the Resolution,'' the message reads. "I want to tell you how much I appreciate this. It tells me more about the UCC denomination and, even more, about the people I'm sharing a pew with. When there is so much hatred being spewed everywhere, it is wonderful -- and reassuring -- to know that some people are really trying to authentically follow Jesus and live their lives with love."