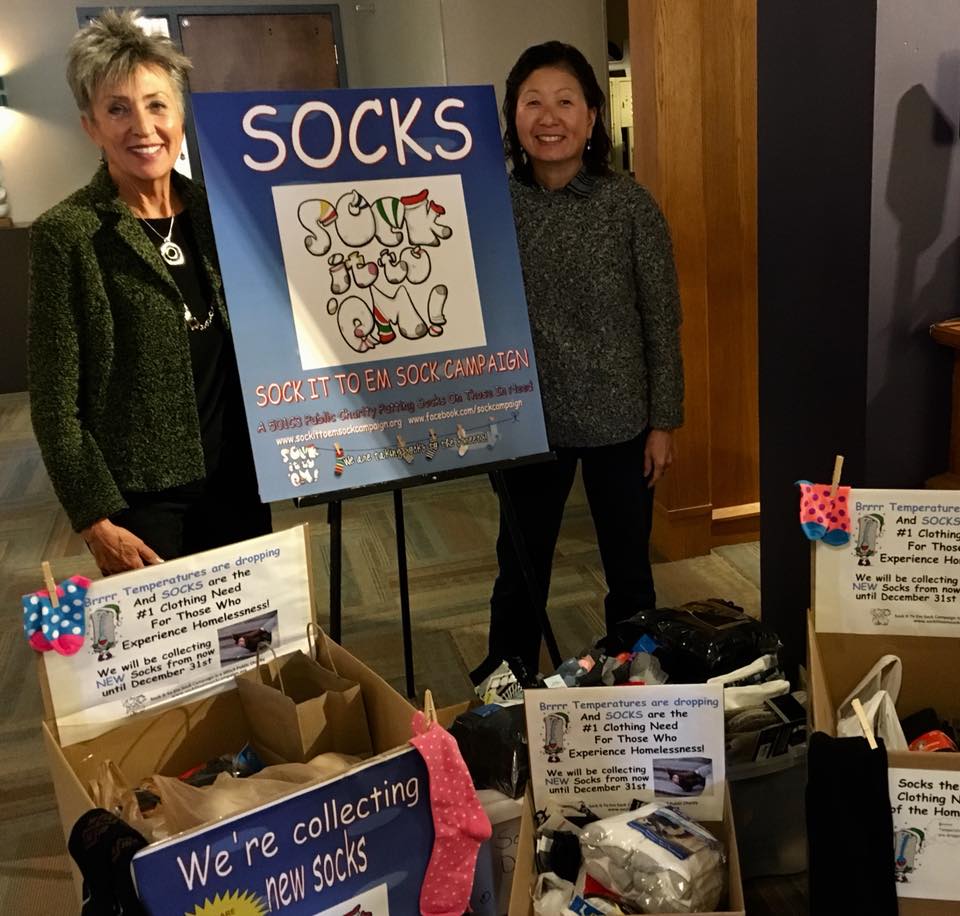 A couple of UCC members in Colorado, who built a charitable organization around their desire to help their homeless neighbors stay warm when winter comes, are the driving force behind the 'Sock It To Em Campaign,' which gives away thousands of pairs of socks to dozens of shelters and service agencies in the Denver area every December. They've also recruited 'Sock Ambassadors' in 40 states to join the campaign in their local communities.

To Susan Elizabeth Lee and Phillis Shimamoto, it's a real labor of love, for neighbors in need.

The ladies, who attend First Plymouth Congregational UCC in Englewood, Colo., decided in 2011 to see how many socks they could collect from family and friends during the holiday season. That year they acquired 575 pairs of socks. This year, in one day, Sunday Dec. 3, First Plymouth Congregational UCC collected 627 pairs of socks – a number that rapidly grows each week, since First Plymouth is continuing their collection the entire month. The ladies also asked their fellow congregants to come to church that Sunday sans socks, in solidarity with their homeless brothers and sisters, since socks are the number one item they need. 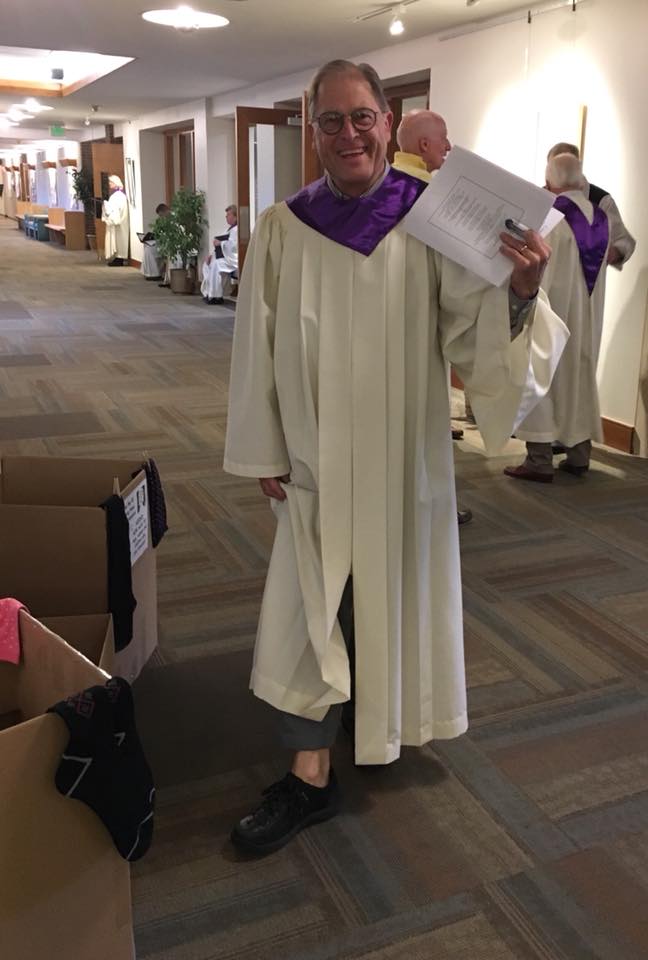 It's also important, Lee said, that the socks stay in the area from which they're collected, to support the people in the local communities.

"Last year in the Denver Metro. Area, we gave new socks to over 90 shelters, services and agencies. On Saturday Dec. 2, at an event here in Denver called the Toy Shop, we gave away 6,000 pair of socks to families who are in need, for their children for Christmas."

The Sock It To Em campaign continues to grow each holiday season. In 2016, Lee said six UCC churches in the Rocky Mountain conference participated in the effort, and nationally the organization has 300 Sock Ambassadors who provide socks to scores of shelters, services and agencies. Lee believes the campaign has delivered almost a quarter of a million pairs of socks to people who need them since it began six years ago.

"Our youngest Sock Ambassador is Bryce, a 3 year old. His older sister Jayla is in 5th grade and is a Sock Ambassador," Lee said. "Bryce didn't want to be outdone by his sister, so when he began school, he said he wanted to be a Sock Ambassador like his sister and collect socks of kids who need them! Talk about 'and a little child shall lead them!'"