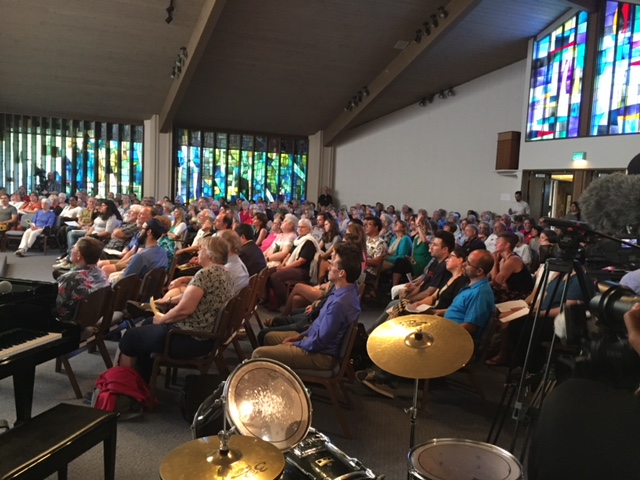 A group of churches in the Highline area south and west of Seattle has organized an ecumenical effort to support immigrants being held at the Federal Detention Center, Sea-Tac (FDC Sea-Tac), 12 miles south of downtown.

Normandy Park UCC is the church closest to the federal prison currently housing more than 200 people detained by the U.S. government after being arrested at the border under the current 'zero tolerance' immigration policy. More than 50 of them were separated from their children, according to local immigration attorneys in Seattle.

The UCC congregation, part of a group called the Highline Ecumenical Leadership Circle (ELC), hosted a prayer vigil Monday night to kick off a week of prayer, education and action.

"As you well know, immigration and refugee rights is a long standing social justice issue that has come to a new head in the form of separation of families and unlawfully detaining asylum seekers," said the Rev. Amy Hitchens, the new pastor of Normandy Park UCC, one of seven churches in the Highline community working together to call attention to the crisis creating outrage, and demanding attention across the country. Wednesday, World Refugee Day, the ELC and The Church Council of Greater Seattle (CCGS) are making a concerted effort to spread the word about what is happening locally.

"Our ELC will continue to support local families that have been affected by unjust immigration laws and we will continue to work with the CCGS as they bring more calls to action forward," Hitchens said. "For World Refugee Day, June 20, the Episcopal Cathedral, St. Mark's in Seattle, is holding a Community Briefing on Detained Asylum Seekers and Family Separation. Then, on Thursday, there will be Prayer and Procession for Families at the Border of which will begin at St. Mark's and end at St. James Cathedral (Catholic) about a mile away." 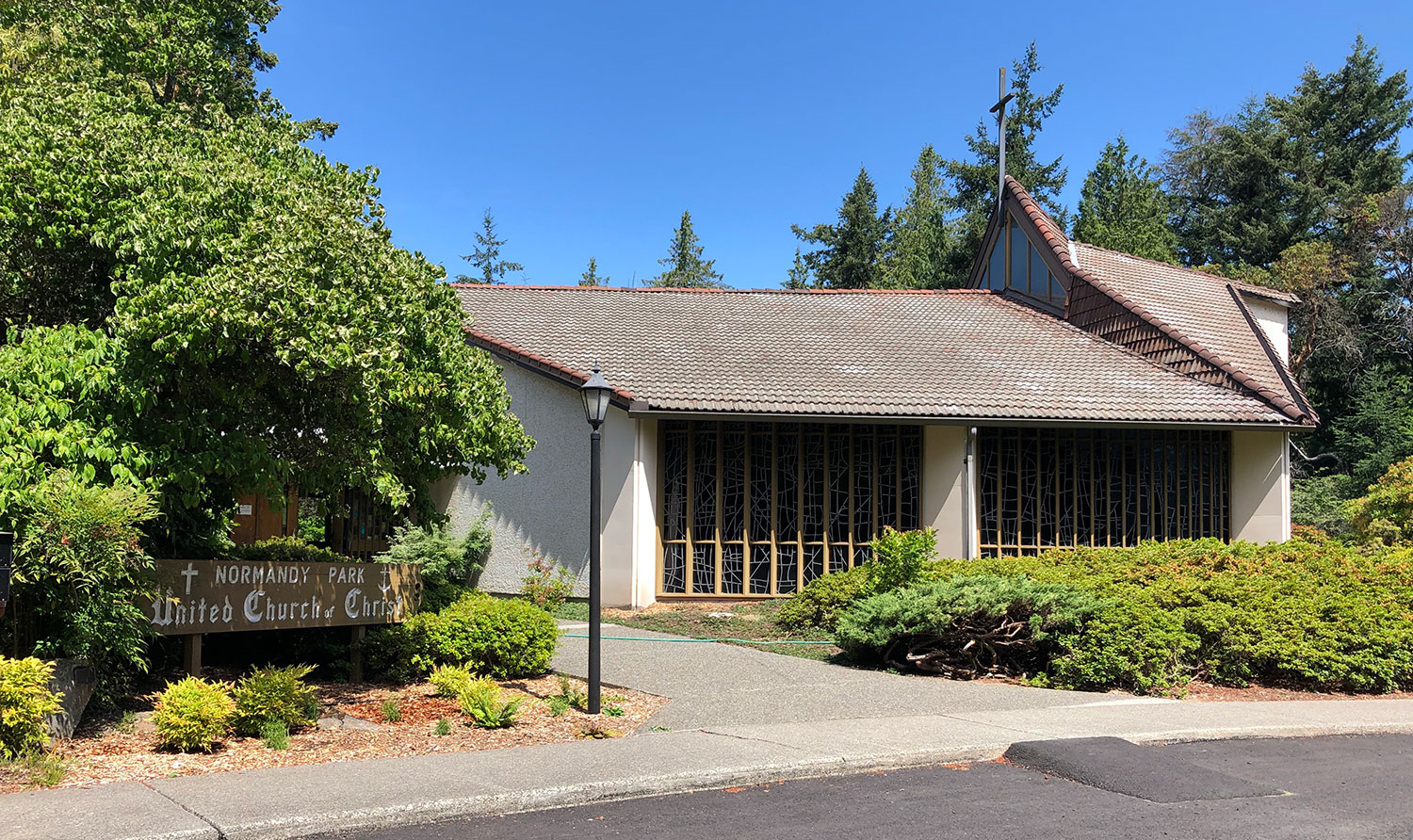 "We made an appeal Monday night to enable us to get phone cards, we wanted to raise enough money so everyone who is detained can get a card to call their families," Hitchens said. "We collected over $3,000 to do that."

Michael Ramos, Executive Director of The Church Council of Greater Seattle, told the crowd at the vigil that asylum-seekers should be reunited with their families and laws should be passed to keep those families together.

The faith organizations are also partnering with the Northwest Immigration Rights Project to determine how to best serve the people who are detained right now. Hitchens pointed out that there is also a facility in Tacoma, Wash., which is housing hundreds more immigrants and refugees, many of whom she said have been languishing there for quite some time without any idea of when or if they will be released and under what circumstances.

The ELC, created as an organizing force to bring together the congregations in South King County—which Hitchens called, "the last 'affordable' part of the Seattle metro area, where we have a richness of diverse cultures, peoples and faiths,"—came together initially to build relationships around another issue, but immigration kept pushing its way to the forefront. "We were working on affordable housing originally, but the immigration stuff keeps coming forward," Hitchens said. "It's just one of those cries – It's an issue that keeps surfacing and we can't and won't ignore it."

"Much appreciation goes to Normandy Park UCC for embodying radical hospitality and opening their doors for Monday night's gathering," said Brianna Brannan, the CCGC community organizer for immigrants and refugees. "NPUCC and the Highline Ecumenical Leadership Circle really showed what the power of relationships can look like. I hope it can provide inspiration to other congregations."

As a board-certified chaplain who has previous hospital experience and has worked with asylum seekers and refugees while in seminary, Hitchens is hoping to find a way to do pastoral care at the federal detention center.

As she emphasized, "We remain open to the Spirit as to how we will be called next to serve our siblings that are detained or in hiding currently in Greater King County."

The United Church of Christ is deeply troubled by the separation of children from their parents at our borders, joining our efforts with others on the frontlines of this protest as we have on immigration concerns for decades.

This Thursday, 6/21, at 4pm EST/3pm CST/1pm PST, Justice & Local Church Ministries (JLCM) will host a webinar to outline our current actions, alliances, and opportunities for public dissent of our nation’s current policies concerning children at the border. This time will also offer an opportunity to share local efforts of which we may not yet be aware. All are welcome and can register here.