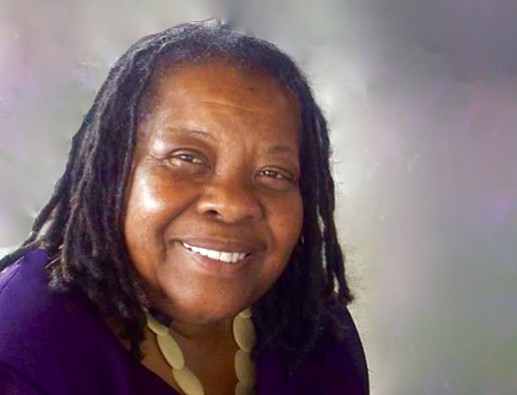 A nationally known human-rights advocate and veteran of the 1960s Civil Rights Movement will speak at a June luncheon at the United Church of Christ’s General Synod in Milwaukee.

"One of my favorite questions posed by Ruby Sales, whom I affectionately call 'Queen Mother' based on the West African tradition of naming an elder woman of the village as sage, is 'Where does it hurt?'" said the Rev. Traci D. Blackmon, the UCC's Associate General Minister for Justice and Local Church Ministries.

"So often in liberation work, we dismiss the deep spiritual wound caused by injustice in all its forms. Ruby Sales is a voice among us calling us to speak truth in the broken places of our society so that we might begin to heal the hurts our separation from truth has caused."

Sales first saw racist violence up close at an early age. As a 17-year-old participant in the historic Selma-to-Montgomery marches, she was jailed with fellow activists in August 1965 for picketing a whites-only store in Alabama. After their release, as they went to buy sodas at a nearby store. A county deputy aimed a shotgun at them. One of Sales' fellow marchers, Jonathan Daniels, an Episcopal seminarian, pushed her out of the way and took the shot intended for her. He died instantly. Sales has dedicated her life to fighting such injustice.

Sales is founder and director of the New York City-based SpiritHouse Project, "an intergenerational network of diverse people who work for racial and social justice." Her long list of publications, speaking engagements and honors includes voting-rights testimony before the U.S. Supreme Court and induction into the Hall of Fame at the Civil Rights Museum in Selma, Ala. The PBS program "Religion and Ethics Weekly" has called her a "legendary Civil Rights activist."

Her June 22 lecture honors the leadership and legacy of the late Valerie Russell, who devoted her career to working with marginalized and oppressed people through Boston's City Mission Society and national ministries of the United Church of Christ.

Participants can purchase tickets to the luncheon when they register for General Synod. Learn more about the lecture and other optional dining events here.