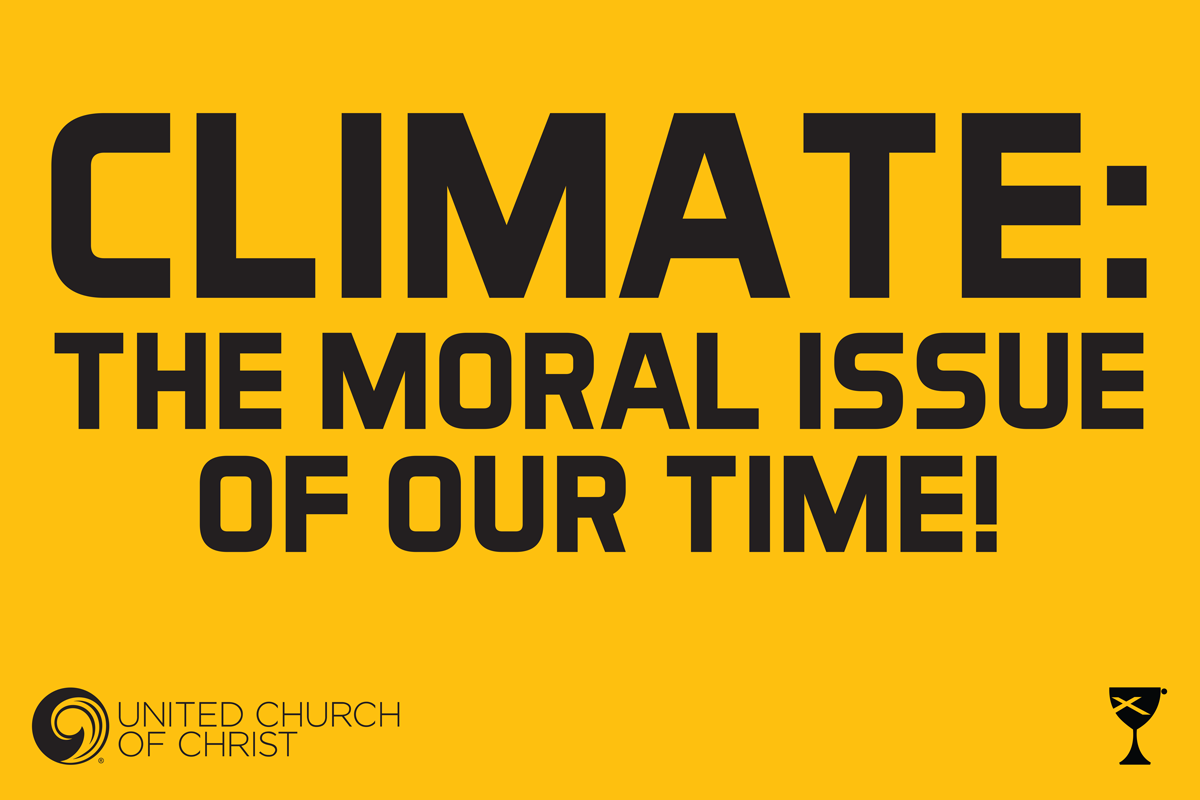 The justice work and the global partnerships of the United Church of Christ are closely linked in mission. That is very evident this week, with the introduction of Tuvalu as the Church's newest global partner and the Church sponsored Rise for Climate marches taking place around the country.

How are the two linked? Tuvalu's future existence could ultimately depend on the protecting the earth from the future effects of climate change.

The UCC and the Christian Church, Disciples of Christ (DOC) are co-sponsoring the Rise for Climate Marches in the U.S. this weekend, in advance of the Global Climate Action Summit in San Francisco Sept 12-14.

"Climate is the moral issue of our time with enormous global consequences, particularly for those already suffering from poverty and inequality," said the Rev. Brooks Berndt, UCC minister for environmental justice. "For many, climate is also a faith challenge that requires immense amounts of courage, hope, and stamina to bring about the changes needed. This march gives us an opportunity to put our faith into action as we apply pressure on governments and institutions to substantially raise the bar in addressing climate change."

Executives of Global Ministries, the common overseas ministry of the UCC and the DOC, who visited with the people of Tuvalu in an August mission trip that also included Hong Kong and Fiji, agree that something must be done now. 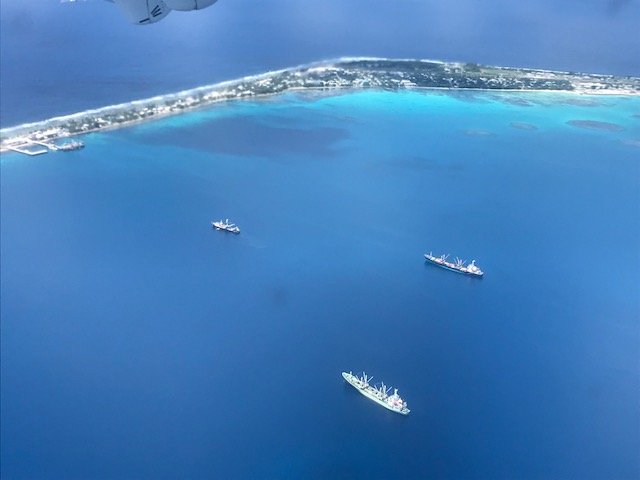 Tuvalu is a small nation in the South Pacific made up of nine islands with a total land mass of about 10 square miles. Average elevation is 6 1/2 feet above sea level, and the sea is rising. As that happens, fresh water sources have been inundated with salt water, so catchment systems which capture rain water from roofs are the main sources of fresh water. Climate change has increased the frequency and severity of "king tides" around the islands, and cyclones, which used to be seasonal, can now occur at any time.

"It is one of the most vulnerable places on earth to climate change and rising sea levels; a sea level rise of as little as 8 inches could make it uninhabitable in the next century," said the Rev. Jim Moos, UCC executive minister of Global Engagement and co-executive of Global Ministries. "With foreign assistance they are reclaiming land from the sea and planting mangroves to protect the shoreline. Prime Minister Enele Sopoaga says, 'save Tuvalu and you save the world,' meaning that if this vulnerable nation can be protected from the worst effects of climate change, then other lands can also be sustained."

The country is home to 10,000 people and over 90 percent of them belong to the Congregational Christian Church of Tuvalu, which is Global Ministries newest partner. Moos and Derek Duncan, Global Ministries executive for East Asia and the Pacific, visited Tuvalu August 21-23 to attend the Church's General Assembly. 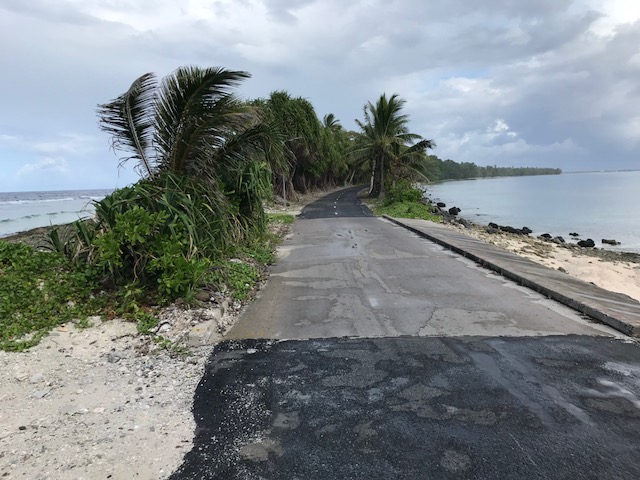 "We heard people talk about the rainbow and God's promise to Noah that never again would a flood destroy the earth. They have hope, they do not want to be forced off their island home by rising water," Moos continued. "At the same time, they recognize that their understanding of God's promise must be joined with human action in order to prevent the worst effects of climate change."

"The situation with Tuvalu shows how interrelated we are locally with people all around the world," said Duncan. "And while many are just beginning to connect the dots, at-risk communities have long been dealing with environmental tragedies they didn't create and calling out for us to take notice. Our church's global partnerships not only give us the opportunity to better understand our impact on the world, but they also create ways for us to make a positive difference. These relationships enable us to work together, faithfully and authentically, to respond to issues like climate change that cross over national and cultural borders."

Berndt is heading to San Francisco on Friday to be present with a contingent from several UCC churches at one of the largest Rise for Climate marches, in Northern California. The Massachusetts Conference UCC is also planning a major presence in the Boston area.

For more information on the Rise for Climate Marches in your area, check the website.