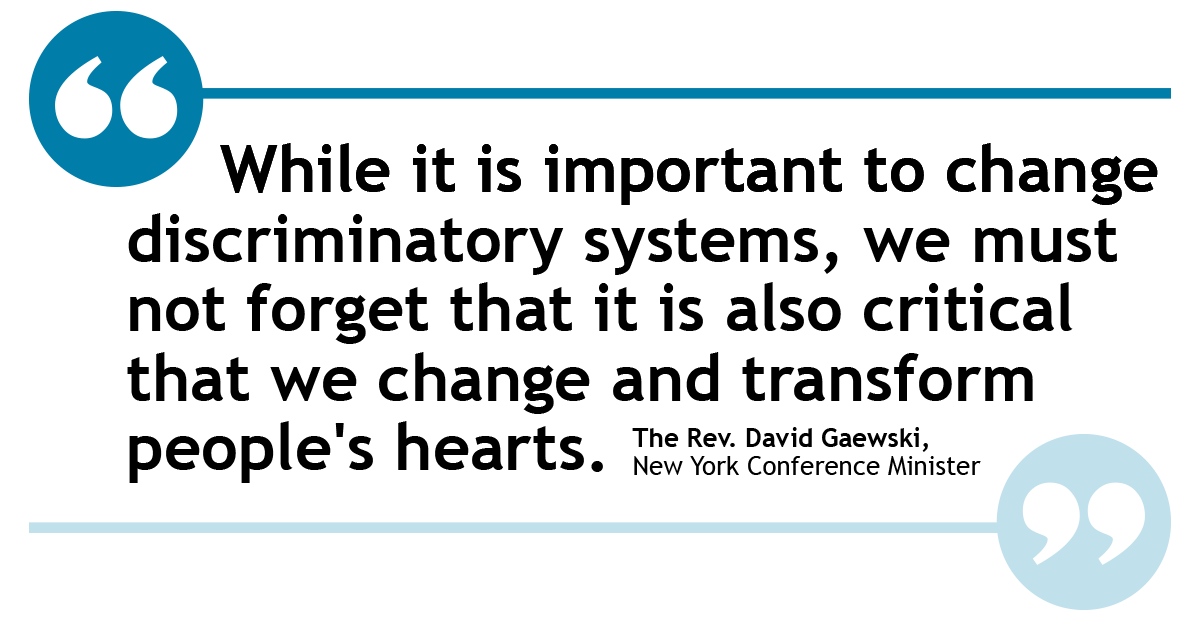 Responding to reports of a dozen November incidents of racism at Syracuse University, the New York Conference of the United Church of Christ has called for action by university leaders, offered to help create campus conversations on racism and white privilege, and invited churches to an online "Prayer and Share" service Nov. 24 "to process the pain and fear associated with these recent incidents."

The calls came Thursday, Nov. 21, in a statement the Conference issued by email and on Facebook on behalf of its staff and 276 local churches statewide. 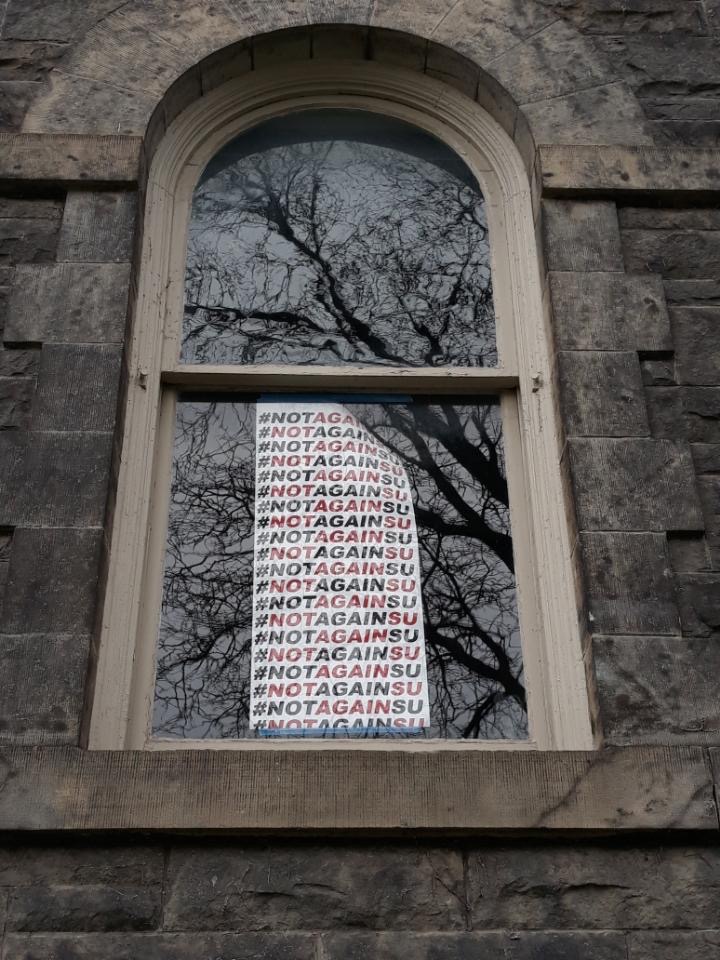 Among the incidents reported this month at the university are racist graffiti scrawled in residence-hall bathrooms, a swastika drawn in the snow, and shouts of racial slurs. Concerned students have responded with a weeklong sit-in protest on campus. So far the university has suspended four students alleged to be involved in the incident and one fraternity.

The UCC statement was signed by the Rev. David Gaewski, conference minister; five associate conference ministers; the Rev. Gary Smith, racial justice coordinator; and the Rev. Eric Jackson, pastor of Plymouth Congregational UCC, Syracuse. It encourages all New York churches to use a special Liturgy for Racial Unity during their local services on Dec. 1.

The full text of the Nov. 21 statement can be found here.

"We encourage the University to seek to understand why these incidents continue to occur, to create space for students to process their own feelings and trauma, and to begin to build stronger pathways to genuine, multi-cultural relationships," the statement says in part. "While it is important to change discriminatory systems, we must not forget that it is also critical that we change and transform people's hearts."