Putting a human face on sanctuary 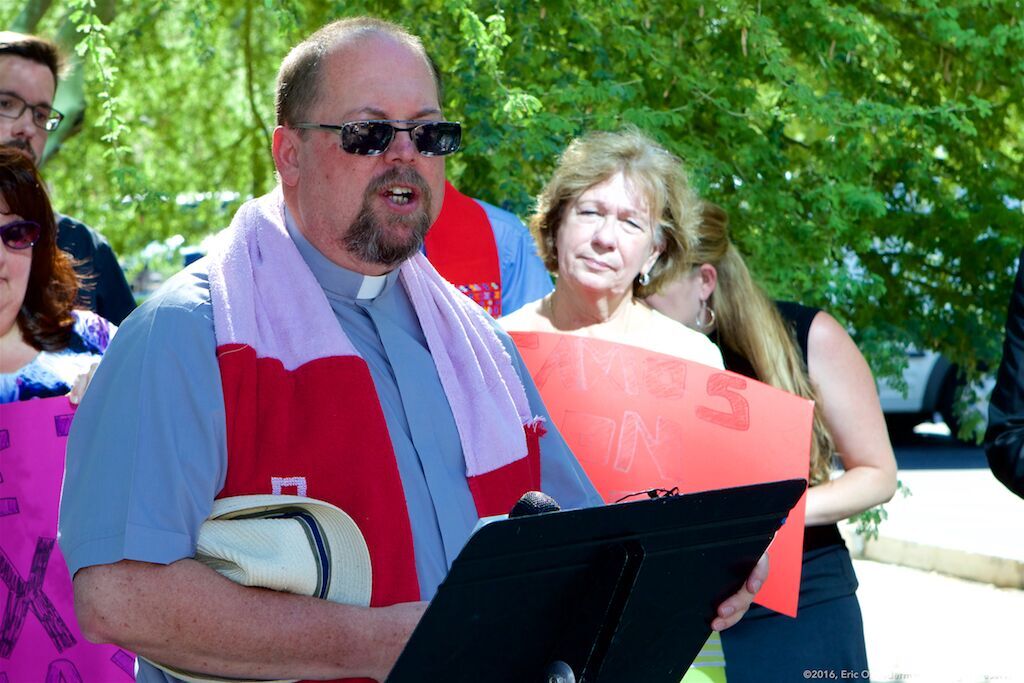 Advocates from a dozen sanctuary movement churches and some of the immigrants to whom they offered refuge converged in Phoenix, Aug. 10-13, to call attention to the continued political inaction that is failing to provide relief from deportation.

Shadow Rock United Church of Christ, which, according to church pastor the Rev. Ken Heintzelman, "was honored to host a gathering of people who have offered and experienced sanctuary," brought the group together to discuss the moral imperative to stop deportations and to draw attention to the case of Sixto Paz, who has been residing in sanctuary at Shadow Rock since early June.

"The purpose of our gathering is to share our experiences, identify best sanctuary practices, build stronger bonds between us and begin to develop a national strategy for offering the ministry of sanctuary," said Heintzelman. "What is obvious is the way people are bonding. The shared human experience of standing together against injustice and standing together for families, life and love unite us even though we are from such diverse backgrounds and from all over the country."

Paz faces deportation even though he has lived legally in the United States for 25 years. He came to the U.S. through a government amnesty program in the 1980s that allowed him to work and travel. Paz is a homeowner and has raised three children in this country — all of whom have U.S. citizenship, pay taxes and do not have a criminal record. But when a shift in immigration laws changed Paz's status, Shadow Rock offered to house him, so he wouldn't be separated from his family. 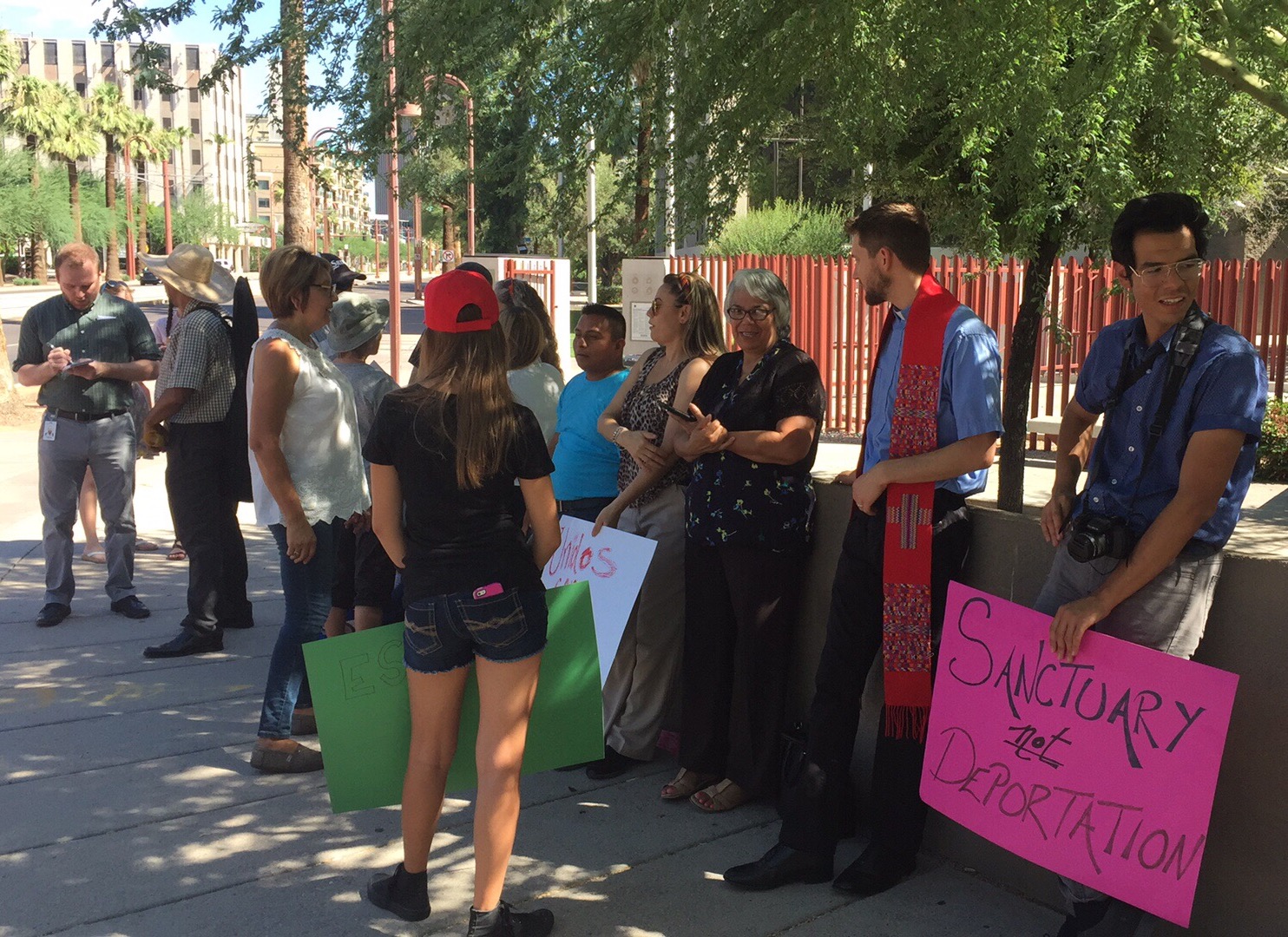 About 30 faith leaders and activists involved in the Sanctuary Movement, which has grown to a network of 400 congregations across the country, gathered at the Phoenix Immigration Customs and Enforcement field office on Friday, Aug. 12, to ask that an immigration judge and Department of Homeland Security reopen Mr. Paz's case so that he can finalize his application to become a legal permanent resident of the United States. Representatives from Boston, Denver, Portland, Philadelphia, Tucson, Phoenix and the Bay Area also called on ICE to grant a stay of removal to all others currently residing in sanctuary or fighting a deportation order.

Rev. Alison Harrington, pastor of Southside Presbyterian Church in Tucson, a founding congregation of 1980s Sanctuary Movement, said, "We come together today from many different sanctuary coalitions from across the country to recognize countless families across the United States are living in fear of deportation and family separation. We stand here today in front of ICE to demand an end to this fear and stop detaining, deporting, and separating immigrant families and communities through a moratorium on deportations."

Francisco Aguirre, who took sanctuary at Augustana Lutheran Church in Portland, shared his personal experience with the system. "I'm here today joining the sanctuary movement because I know that God did not create borders between us - people did. We are all immigrants, just as we are all God's children. Even after my deportation order was withdrawn, now ICE is again trying to deport me. I think about my son who was recently killed from the violence in El Salvador, and my heart aches to think about how this administration continues to deport people back to their death. We must stop the raids and stop all deportations now!" 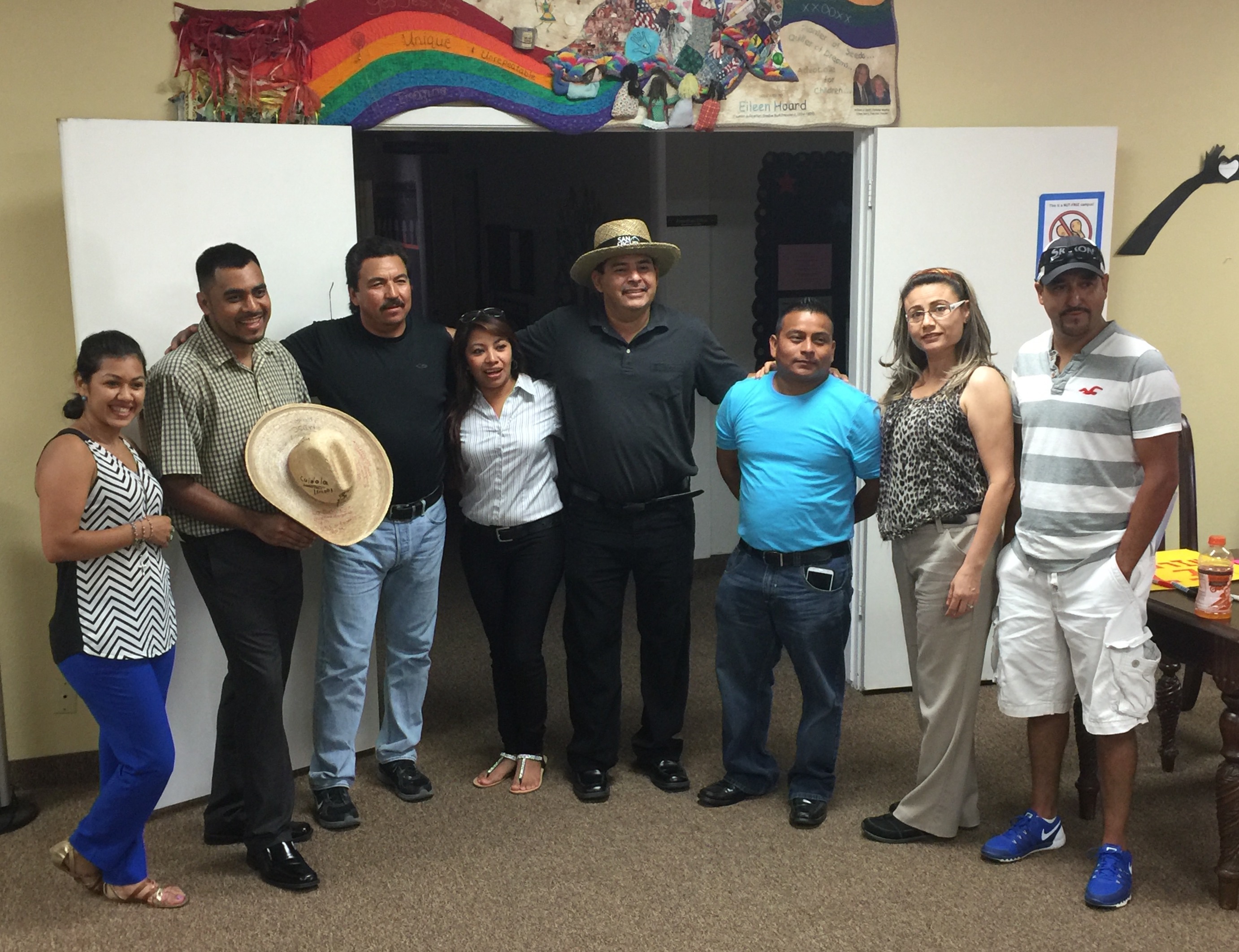 The Sanctuary Movement coalition, made up of pastors, lay leaders and immigrant leaders, who themselves have been in sanctuary, spent a few hours praying, singing and chanting outside the ICE offices. They say they have been able to stop over a dozen deportations of undocumented people with removal orders who have taken refuge in a church and publicly shared their stories.

"We were blessed by having eight immigrants with us who had previously been in sanctuary," said the Rev. Noel Andersen, national grassroots coordinator for immigrant rights, UCC and Church World Service. "These brave individuals have taken the leap of faith to tell the world their stories in order to keep their families together. They have become the heart of the Sanctuary Movement. It is their prophetic witness that led us forward and helped us find a vision to move forward as people of faith ready offer solidarity and accompaniment in the effort to stop deportations and family separation."

The Southwest Conference of the UCC has issued an open invitation to join an immersion education experience on the border in conjunction with School of Americas Watch Border Convergence on Oct. 7-10. Learn more about the border and immigrant justice experience and register here.