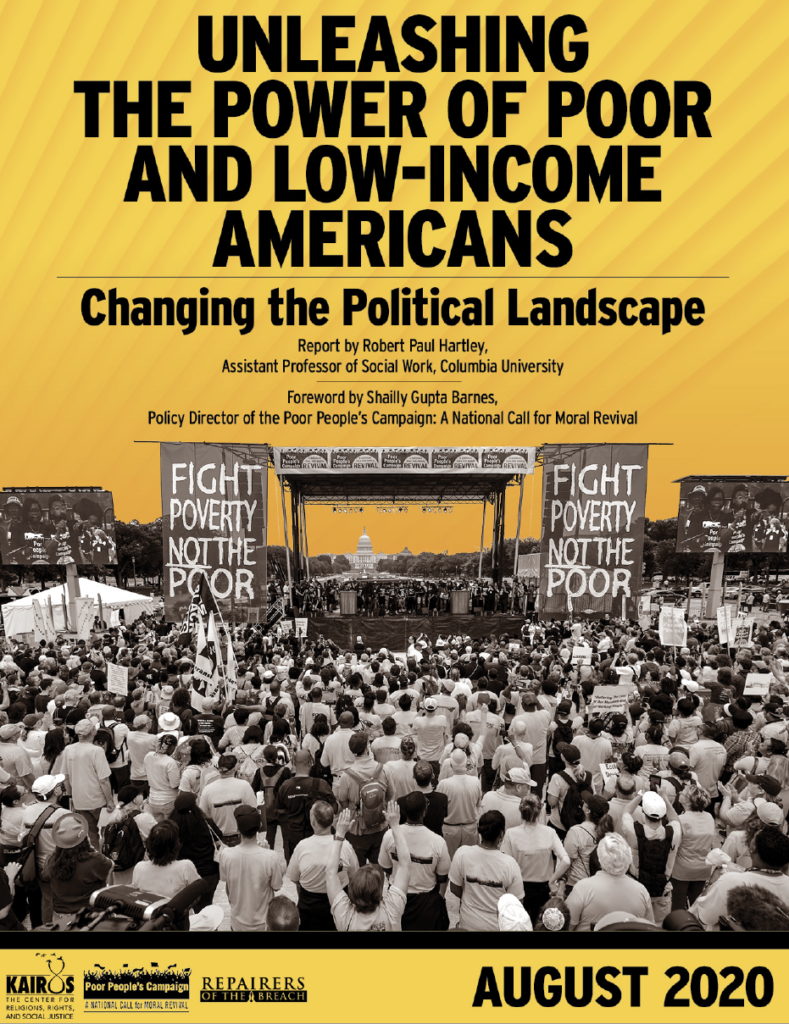 Poor and low-income voters across the country have the power to impact the outcome of the United States presidential election and 16 U.S. Senate races, according to a national study released recently by the Poor People’s Campaign.

The groundbreaking study, “Unleashing the Power of Poor and Low-Income Americans: Changing the Political Landscape,” was written by Robert Paul Hartley, an assistant professor at Columbia School of Social Work. It underscores how quickly an election can change if low income Americans who are less likely to vote actually cast a ballot.

The study shows that 34 million potential voters didn’t vote in 2016 for a number of reasons.

“This report reflects a reality we have known for some time. If we truly empower the voices of those most impacted by public policy decisions, real change is possible,” said Sandy Sorensen, director of the United Church of Christ Washington, D.C., policy office. “The candidates will address poverty and economic inequality only if we make it a front-and-center campaign issue. We know from election cycles in the recent past how important it is to make every voice heard.”

Poor people, the study shows, are less likely to vote in national elections than those who have higher incomes because the candidates don’t speak to their issues; they don’t think their ballot will make a difference; or they have time and/or mobility issues.

But, based on data from 2008-2016, if those poor and low-income people matched the voting rates of those with higher incomes, the additional voters could meet or exceed the midterm election margins of victory in 16 states, the study shows.

“The study is not suggesting that these outcomes would change or that all of the states would change,” Hartley said, “but there’s enough potential out there that if there’s a small margin in a certain state, this low-income population could be really pivotal if candidates are speaking to them.”

Thirteen of those states have Senate elections in 2020, and organizers are drawing on this study to get more people to vote in November.

“We are building the political power and moral vision to reconstruct America. And this groundbreaking new report proves empirically what we’ve always known: poor and low-income people can become a transformative new electorate,” said Rev. Liz Theoharis, PPC campaign co-chair and director of the Kairos Center for Religions, Rights and Social Justice. “All across the country, poor and low-income people are demanding accountable representation and trying to save the very soul of this democracy.” 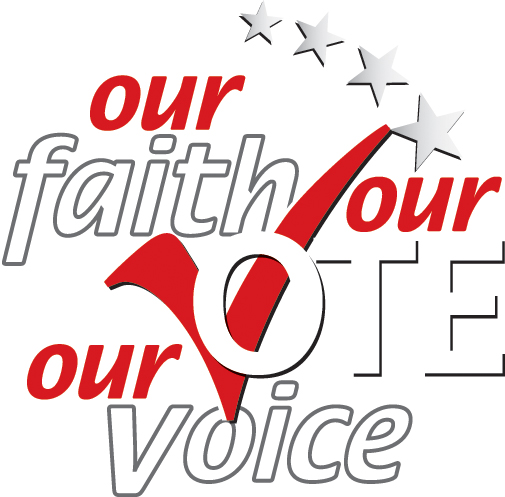 The UCC Our Faith, Our Vote campaign is “grounded in our belief that our voice is our vote, and every vote counts,” Sorensen said. “Amplifying voices from the margins is a key dimension of Our Faith Our Vote. That is all the more important in this election year, when COVID-19 has laid bare the stark economic and social inequalities in our society.”

OFOV, which has long offered election-year resources to churches — like small grants, education information and mobilization tools — has created even more ways to assist voters in this time of COVID-19. Several summer webinars to help spur voter engagement have been offered, which are available to view online here. There’s also an online Civic Action Center that offers potential voters valuable ways to prepare to participate in the election.

“In this time of COVID-19 with limited opportunities for in-person voter registration, the OFOV Civic Action Center allows people to safely go online and register to vote, get information about voting procedures in their state and locality.

“Churches can help by circulating the link to the Civic Action Center and, if possible, provide available laptops in marginalized communities for voter registration.”

Sorensen said that while in-person mobilization by congregations isn’t possible in many places, there are a number of services churches can provide to encourage voting in their neighborhoods.

“Churches can help circulate key information in voting protocols in their state, by creating a voter bill of rights postcard with the Election Protection hotline number 866-OUR-VOTE and making them available in their communities,” she noted. “This is especially important in a time when misinformation about voting is rampant, and damaging myths are circulating.

“Another important way to strengthen the integrity of the election process is for churches and members to be in touch with their local election officials – find out what they need to be supported in their work. And we will need more people to step up to be poll workers.”

The Poor People’s Campaign is demanding politicians speak to “everybody’s issues” — health care, economic well-being and housing security — and addresses them further in its “Moral Policy Agenda to Heal America.”

Sorensen agrees, “This is a key moment for transformative change in our society – but it takes all of our voices and tireless advocacy beyond the elections.”