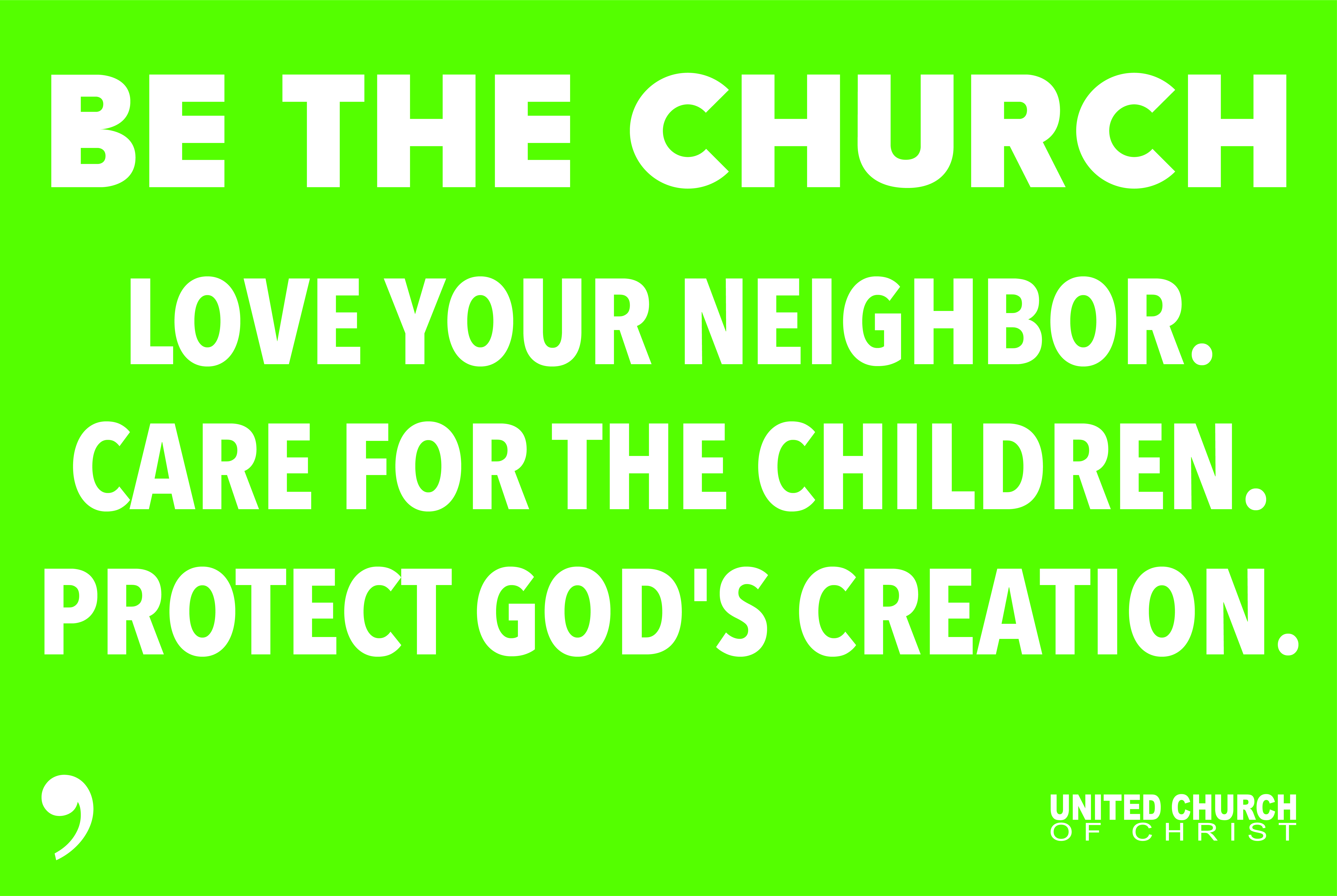 As environmental advocates and people of faith from around the country begin their travels to Washington D.C. for the People's Climate March on Saturday April 29, a group of cyclists from Massachusetts will be bringing their eight-day journey to an end.

The Rev. Andrea Ayvazian and the Rev. Peter Ives, two retired UCC pastors from the Northampton area, left home with eight others on April 21, heading south, in an effort to get to the Climate March on their own power.

In a message from the road, Ayvazian writes, "We have cycled for six days, from morning to dinnertime, through many, many cities and towns. We are now in Annapolis, Md. and will arrive in D.C. on Friday. So many stories and adventures. The group is strong and very close. We have had an amazing experience thus far."

The ministers said they agreed on the idea over the winter and spent a lot of time training in the ice and snow. Ranging in age from 21 to 75, Ayvazian said they "are a diverse group has one thing in common: a belief that the planet is quickly heating up to dangerous levels and that our government should do more to help this nation break its dependency on fossil fuels."

The United Church of Christ has long advocated for the same thing. In 2013, the General Synod voted to divest from fossil fuel companies, becoming the first major religious body in the U.S. to do so. The same General Synod also passed a resolution on making UCC church buildings more carbon-neutral. In 2014, United Church Funds announced the launch of a new fossil-fuel-free investment fund. In 2016, UCC ministers across the country held a "Keep it in the Ground" preach-in advocating keeping fossil fuels in the ground. In 2016, and as late as last month, hundreds of UCC advocates joined the Standing Rock Sioux Nation in a battle against the Dakota Access pipeline, writing their legislators, traveling to the reservation and marching in Washington D.C.

It's not surprising that almost 300 UCC'ers from around the country have registered to march with the church contingent in D.C. this weekend.

The Saturday event kicks off with an ecumenical prayer service involving the UCC, the Disciples of Christ, and the Evangelical Lutheran Church of America along with Creation Justice Ministries at 10:00 am at Lutheran Church of the Reformation. Massachusetts Conference Minister, the Rev. Jim Antal, will offer a send-off to the group. The Rev. Brooks Berndt, UCC minister of environmental justice, is encouraging everyone to wear green, to reflect the growing life and vitality of God's creation.

It's expected that even more UCC advocates will be participating in scores of Sister Marches around the country.

A contingent from Minnesota hoping to make the trip to D.C., and enjoy the hospitality of a few UCC churches before the march had to cancel their trip and make local plans instead. Laura Martin, associate pastor of Rock Spring United Church of Christ in Arlington, Va., one of the three churches planning to open their doors to out-of-state visitors, said she hopes her congregation can help make up the difference. "I think that it is even more urgent that those of us in the D.C. Metro area show up on Saturday with our signs, banners, shirts and other expressions of what it is to 'be the church' in caring for our environment and our shared future!"

And for UCC advocates who can't get to D.C., or don't have Sister Marches in the vicinity, the Rev. Jim Antal says there is still something you can do to make a difference.

"The reality is that virtually every congregation in the country is within a few miles of a fossil fuel pipeline or a railroad track. Burning fossil fuel is a moral issue, burning fossil fuel is a religious issue: the earth is the Lord's – it's not ours to wreck. If every UCC congregation that cares about climate change were to convene worship while standing over that pipeline, then every community we are part of would realize people of faith are prepared to use the infinite power of nonviolent love to bring an end to the use of fossil fuel."

Help us cover the march!
We would love to include your experience of the People's Climate March or the Sister Marches on UCC social media. You can share photos and videos with us in the following ways:

Email photos to socialmedia@ucc.org. You may also include who is pictured in the photo, what is happening in the photo, and if applicable, your affiliation with the UCC.

Email links to your YouTube videos of the Climate March to socialmedia@ucc.org.

Send us photos or videos using We Transfer, a website for file sharing.
•    Go to WeTransfer.com.
•    Click "Take me to free."
•    Click the plus sign by "Add your files."
•    Choose the files you want to send us.
•    Type "Socialmedia@ucc.org" in the "Email to" space.
•    Type your email.
•    In the message box, you may also include who is pictured in the photo/video, what is happening in the photo/video, and if applicable, your affiliation with the UCC.