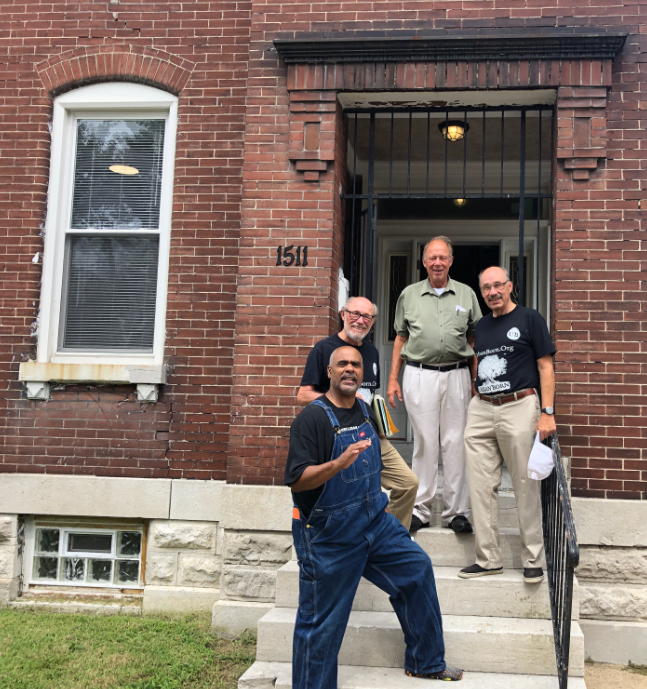 Three brothers raised in a UCC parsonage in the North St. Louis area more than 60 years ago spent the night in their former home on Friday, Aug. 16. The house, dedicated this weekend as a bed-and-breakfast, is the latest building on the former St. James UCC campus repurposed by Urban Born, a non-profit for neighborhood youth in St. Louis, Mo.

"It's like a beautiful plant. It looks good, you keep feeding and watering it—and its roots continue to spread into the ground," said Urban Born founder and president Johnel Langerston. "Establishing the first B&B in College Hill shows our investment in our community and its future."

Langerston made the first investment in College Hill when he purchased the four-building St. James campus several years ago and rehabbed the school enough to move his wife and two children, 11 and nine, into the building. He updated the classrooms and the gym in order to offer afterschool programs built around basketball. His educational 'League of Academics and Basketball,' which continues to expand, now serves more than 100 kids. Urban Born's plans also include turning the campus bowling alley into a cross training fitness center to house a 'Building Mind and Body' program.

But the mission doesn't stop there. Langerston has also purchased several properties around the church in the College Hill neighborhood. So far he's turned four of the five into homes for people in North St. Louis, Mo.

"My goal now is to get new people to come into the community," Langerston said. "What happens when you open an executive B&B in the community—the hype of it being an undesirable place goes out the window. I'm reconditioning the mindset of people in the community." 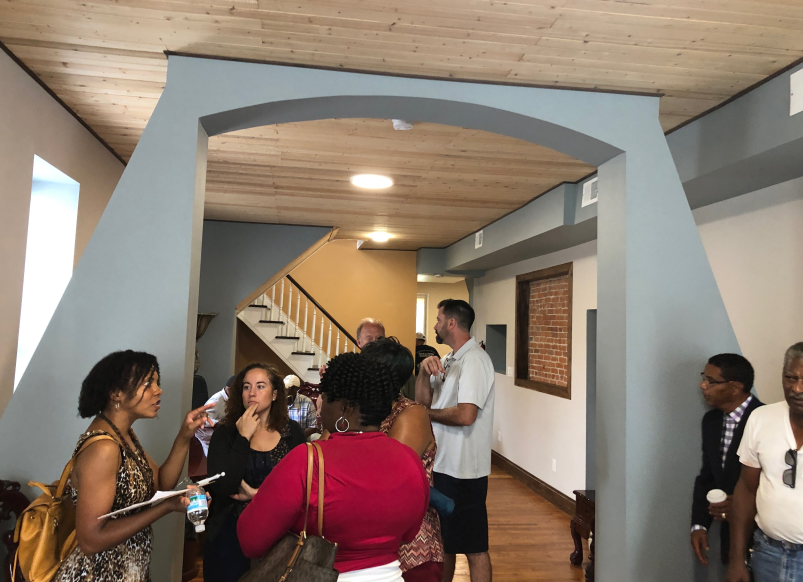 On Saturday, August 17, more than 100 people celebrated the conversion of the former St. James UCC parsonage into the Urban Born Airbnb, and the progress the non-profit has made taking back part of the College Hill neighborhood, once rated as one of the 10 most dangerous communities in the country.

"One of the challenges we had in growing the program was the reputation of it being in a bad area," Langerston said. "The area changed when I started working with the people who live here. I live here; I can relate. So, the people became a little more transparent with me. I am very adamant about building this area up and getting the drug dealers out."

The Stahlhut brothers, Don, Mark and Ralph, are also interested in St. James rebirth. They and their parents lived in the parsonage from 1947 until 1961 while the Rev. Herbert E.Stahlhut, served as pastor of St. James. Both Don and Mark became UCC ministers. The church, which was founded August 22, 1869, closed in 1974.

Don Stahlhut, 75, learned about Urban Born in 2014 when he came in from California to visit the church where he grew up. Don's tie to St. James is strong. He was baptized there, and it's the place his father's funeral was held. 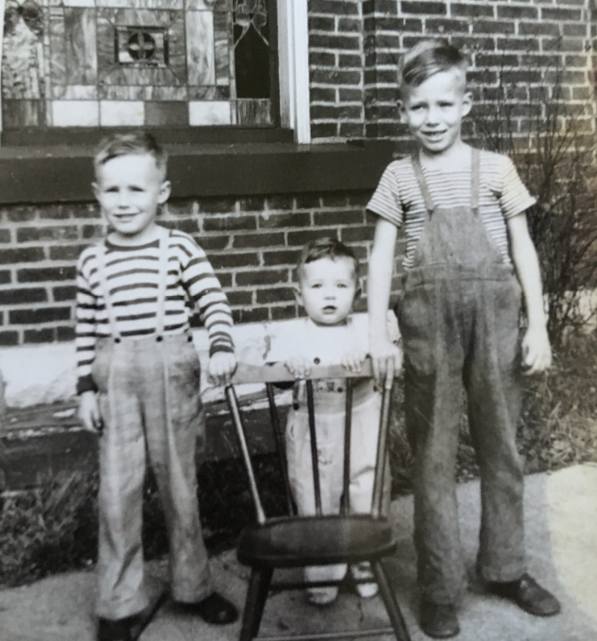 He and his brothers, 77-year-old Ralph and 71-year-old Mark, were so moved to find Urban Born reaching out to youth in the area that they decided to be fundraisers, forming the College Hill Partnership, sharing the story of the non-profit to the former community of St. James UCC to raise scholarship money for the neighborhood children.

"The connection to Urban Born by the three of us is historical, emotional and current," Don said. Between us, we've raised $106,000 to help pay for teaching the neighborhood youth that ‘It's Easier to Catch on Now Than to Catch Up Later,' the Urban Born mantra. Contributions have come from former members, family, friends, supporters and College Hill residents."

The brothers have also visited the place as a group a few times to support Urban Born's major milestones, bringing their families to see what Langerston has been able to do.

Mark drove 425 miles from LaCrosse, Wisc. to celebrate this milestone. "This is a big deal," he said. "I remember the vision my parents had all those years ago, the ministry they wanted to forge with the community. To have the church move beyond the church compound. Their dream is becoming a reality in a very different way - the spirit of what they wanted is alive."

"I would say that the neighborhood is better," said Ralph, who still lives in the St. Louis area. "Urban Born has improved the buildings, and the parsonage. He's enlarged the bedrooms, added bathrooms. That we got to be the first ones to stay in it is kind of neat."

"I'm drawn back because my dad's church is being reborn through Urban Born," Don said. "It's also been great to reconnect with former members and hear their stories about their experiences with the church and my parents."