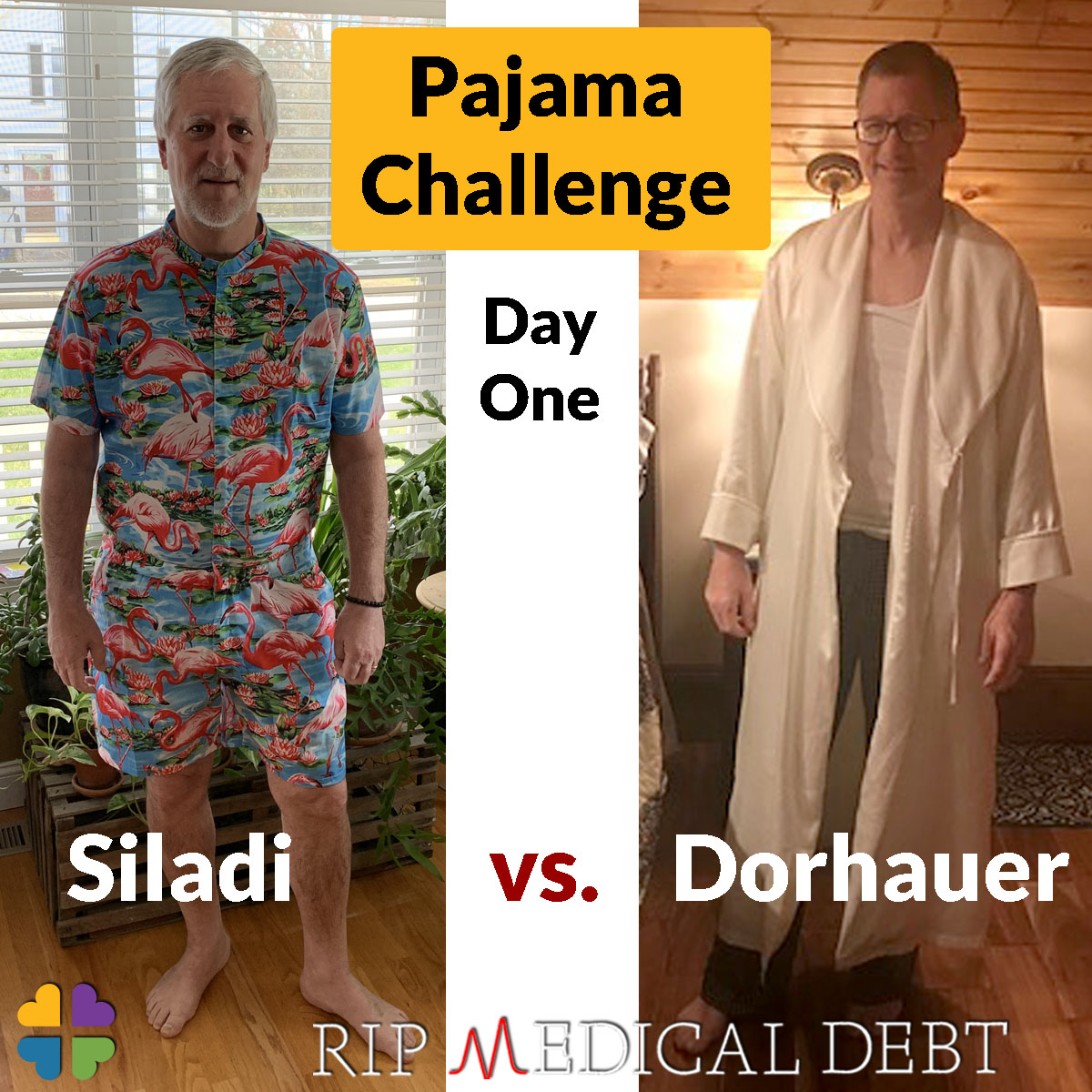 Two denominational leaders, popping up on Facebook in their PJs?

Starting April 13, The Rev. Kent Siladi, Bridge Conference Minister, and Rev. John Dorhauer, General Minister and President of the UCC, will be sharing pictures of themselves in their pajamas on Facebook, all in the name of relieving medical debt.

On Monday, Wednesday and Friday a photo of each contender in his pajamas will be posted on Kent Siladi's Facebook page as part of a fundraiser for the Southern New England UCC RIP Medical Debt initiative. Folks can vote on who is wearing the best pajamas each of those three days by making a contribution in any amount.and including their vote in the comments. Votes for each day will be tallied and the winner will be announced the following day.

The two of them recently posted videos announcing the contest, giving a taste of the good-natured fun ahead.

"If you've seen his video, and now you're seeing mine, you would see clearly that among the two of us, I'd be considered the more dapper," Dorhauer said. "But let's see what we'll look like in our pajamas."

Siladi said the idea came up after he made a passing comment on Facebook about whether it was too early in the day to switch to pajamas, given that he is staying home anyway. Many friends and colleagues weighed in, including Dorhauer, and the pajama challenge was born.

"In the midst of the suffering and heartache we thought about those who will incur big medical debt due to COVID-19 and thought: why not raise money in a pajama challenge?" Siladi said.

In it's first major justice initiative since forming, the Southern New England Conference has raised $55,000 dollars to date to relieve medical debt. Siladi and Dorhauer have a goal of raising an additional $20,000 during the challenge, which will run from Monday, April 13 through Monday, April 20. Raising $75,000 would abolish $7.5 million in unpaid and unpayable medical debt for those in some of the neediest Southern New England communities; including Springfield, MA, Bridgeport and Hartford, CT, and Providence, RI.

The SNEUCC initiative runs through May 18. Donations to the initiative can be made here.