'One Faith, One Lord, One Baptism' to commemorate the 500th Anniversary of the Reformation 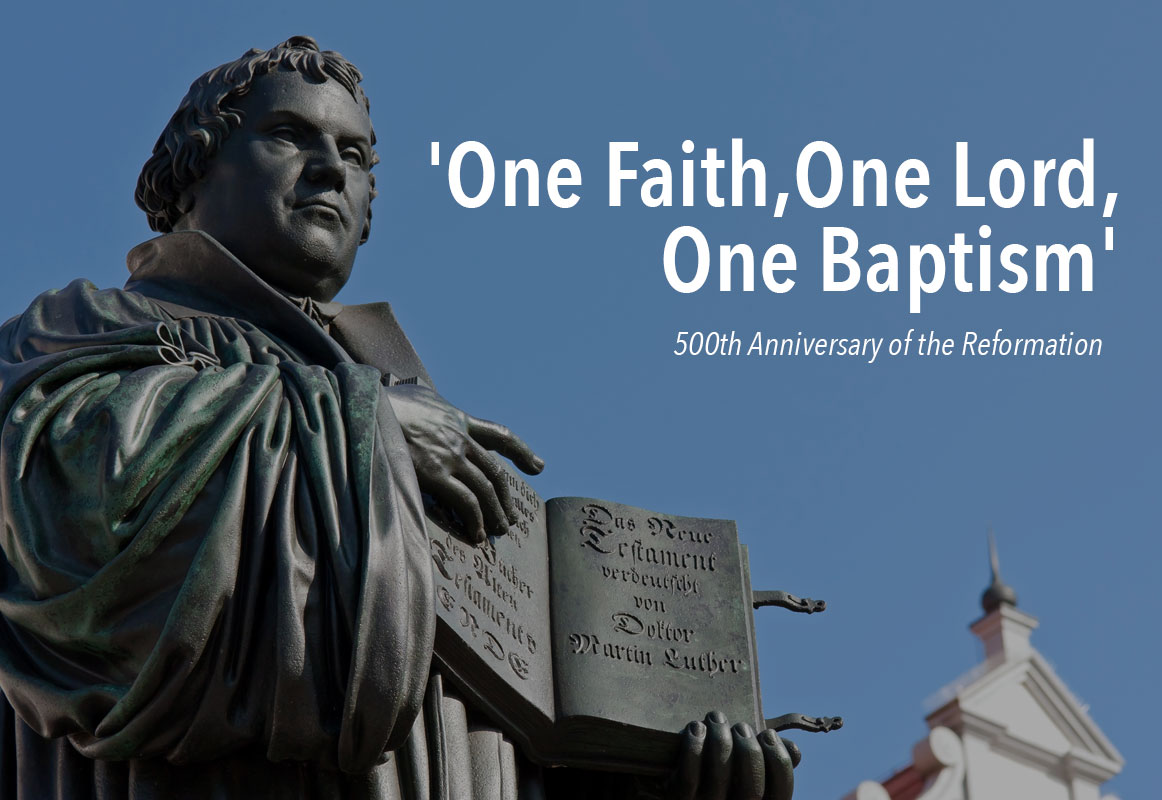 Three congregations in Marlborough, Mass., — First Church in Marlborough (Congregational) UCC, St. Stephen Lutheran Church and Immaculate Conception Roman Catholic Church — are joining together to mark the 500th anniversary of the Reformation with worship, a service project and a concert on June 3.

"While honoring our theological differences, we also affirm what we all hold in Common: One Faith, One Lord, One Baptism," said First Church Pastor Kazimierz Bem. "Hence, we will begin with an ecumenical service led by the three pastors where we will all renew our Baptismal vows. Then we will offer a meal to anyone in Marlborough during the 'Feeding of 500' event. Finally, the day will end with a joint concert of all the choirs and hand bell choirs of all the three churches."

Bem explains that there are commemorations of the 500th anniversary of the Reformation taking place all over the world throughout 2017.

"While many people think of the Reformation as only a Lutheran-Catholic thing, in fact, the historical Reformed churches (Presbyterian, Congregational, Dutch, French, Swiss Reformed) have been very active in the 500 anniversary celebrations," he said. "This July, the General Council of the World Communion of Reformed Churches  — of which the United Church of Christ is a member — will sign-on to the Joint Catholic-Reformed Declaration on Justification during a special service in Wittenberg, Germany. The Marlborough event is a part of this larger Lutheran-Catholic-Reformed dialogue and cooperation, and we hope, a grassroots event of local ecumenical cooperation."

The day will begin with an ecumenical worship service at First Church in Marlborough. Members and friends of the three congregations will renew their baptismal vows. Since it is a Sacrament all three traditions have in common, a renewal of the vows will be a strong symbol of the one faith, and one God. Both the music and liturgy will reflect all three traditions with hymns written by Martin Luther and John Calvin.

Later in the afternoon, those gathered will participate in a service project that shows love of neighbor. 'Feeding of the 500' alludes both to the 500th anniversary and (a portion of) Jesus’ miracle, and seeks to provide a healthy meal to local people in need. The meal donations will come from the three local churches as well as five local grocery stores.

The event concludes with a concert at Immaculate Conception at 7:00 PM featuring the voice choirs of all three churches and the bell choirs of two.

"Historians credit the start of the Reformation to German monk and university lecturer Martin Luther, who famously posted his Ninety-five Theses on the church door in Wittenberg," Bem said. "No one expected the results – religious, cultural, and political upheaval that many say changed the world – or the breadth of evangelical reforms in Christian teaching and practice that followed.

"Although church division was a result of the 1517 actions, in 2017, unity is a focus of celebrations, with an excellent example right here in Marlborough."

Tiffany Vail is Associate Conference Minister for Communications in Massachusetts.