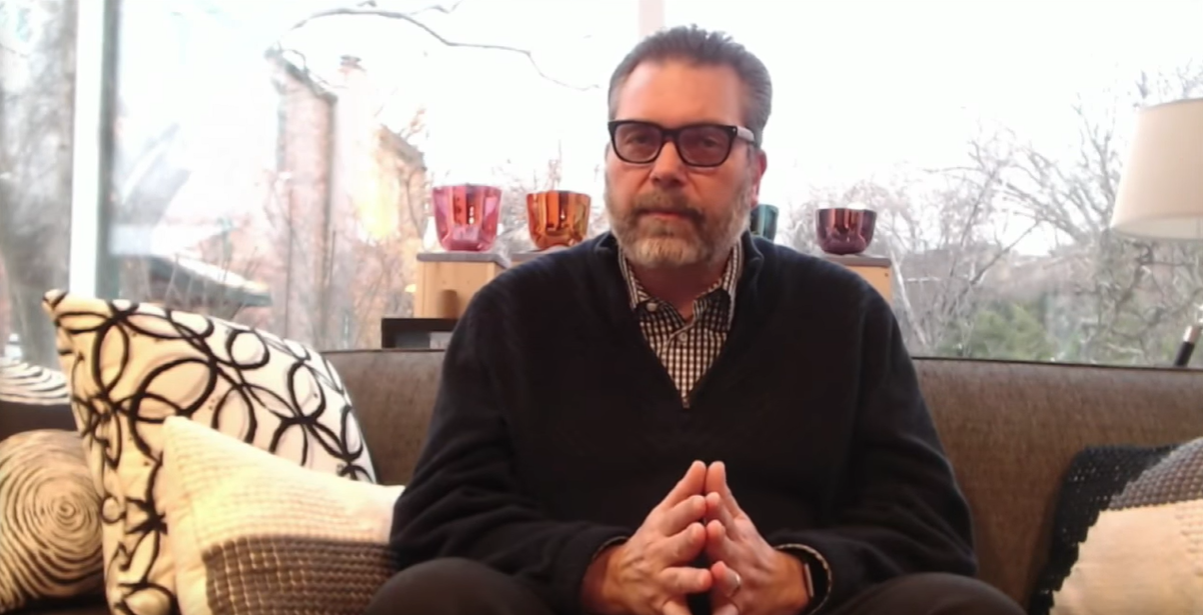 The senior minister of a United Church of Christ congregation in Omaha, Neb., was talking through plans for his church’s first online worship service in a Saturday evening video chat, when he shared that he and his staff were in quarantine—and that he tested positive for the coronavirus disease 2019.

“We’re going to make this very public,” said the Rev. Eric Elnes, as he showed viewers the space where he intends to record podcasts about his situation. “We are not going to want to hide anything. We want to make sure our example ... so people can learn from these things.” He plans to talk about “finding God in a global pandemic.”

Elnes was recording the video as the introduction to the March 15 online service for Countryside Community Church. He first shared it on Facebook, giving viewers a tour of the guesthouse on his property where he will be spending his time recovering from a mild case of COVID-19, while wife Melanie remains in quarantine, in good health, in the family home.

Later in the video, which was streamed Sunday morning as the 10 a.m. worship service and shared on YouTube, Elnes said he was diagnosed with the virus after a trip to Spain earlier this month — before travel restrictions and before the country was a known virus hot spot.

Elnes said he followed the Center for Disease Control guidelines “about as rigidly as a fundamentalist Christian follows the Bible,” and had no symptoms on his return. On Wednesday, he noted a persistent cough which he attributed to allergies, but since he had traveled abroad, he called the health department.

After testing positive for COVID-19, Elnes sees his results as both a comfort and concern as Americans face an uncertain future. Comfort, because “people can receive this virus, and 80 percent will be like me, with mild symptoms.” But concern, because he was infected even though he practiced stringent sanitation practices, first experienced no symptoms — and he hasn’t had a fever, headache or fatigue. So people could be carrying the virus and have no idea.

Countryside Community Church has cancelled all programs, outside events and gatherings at its facility. It’s one of three communities in the Tri-Faith Initiative, a campus of three different religions and prayer spaces, which also includes Temple Israel and the American Muslim Institute. All three institutions shut down and have moved programs and worship online. Most of the Countryside Staff and all Tri-Faith staff, clergy and board members are now quarantined for two weeks, according to the Omaha World Herald.

Elnes will be following online Sunday worship this week with a pastoral letter. “I will invite you to see this 60-day period not simply as a pandemic, but as an opportunity for a new-fangled Countryside ‘Spiritual Retreat’ of sorts – albeit one that we never signed up for.”

He plans to continue exploring that issue in a Sunday worship series, “For Such A Time As This: Finding and Serving God in the Midst of a Pandemic.”  “This series will face difficult facts, but from a perspective informed by our faith, not our fear,” he writes on the Countryside website. “I see this as a series that will be full of hope amidst the crisis, offering each of us opportunities to discover the greatest resource we have in such times: a God who truly does love us beyond our wildest imagination and is not only willing to be a powerful presence when we need God most, but is fully able to do so. We will be drawing on the best science has to offer to protect us physically, as well as delving into the depths of the Christian tradition for spiritual resources and insight.”


"Dear friends, today I announced in worship that I have tested positive for COVID-19. Here is the video. I hope it will help you and others.”