A newspaper article and the Holy Spirit inspired an Ohio pastor to create a community project that embraces two of the United Church of Christ's Three Great Loves. Akron Safety Town, which provides free safety education for kindergarten and first-graders in that city, was designed by Fairlawn-West United Church of Christ and constructed by volunteers from several other UCC congregations to embody a love of children and a love of neighbor.

"Five years ago I read an article in the Akron Beacon Journal that indicated, on the average, a child is hit by a car every 12 days in the city of Akron," said the Rev. Deborah Rhinesmith, pastor of Fairlawn-West UCC. She also noted that wasn't the case in communities around Akron that had Safety Towns. So she told her congregation, "Not only should we do something about the problem, we could do something about it."

In response, the church preschool staff developed a curriculum, as two members who are carpenters toured other area Safety Towns to produce construction plans for the buildings. They then called on other UCC congregations around the city – Emanuel, Pilgrim, Richfield, Trinity, Uniontown, and First Grace – for help to build them. In the four years Akron Safety Town has been in operation, hundreds of children have been taught valuable life lessons just before they head off to school. 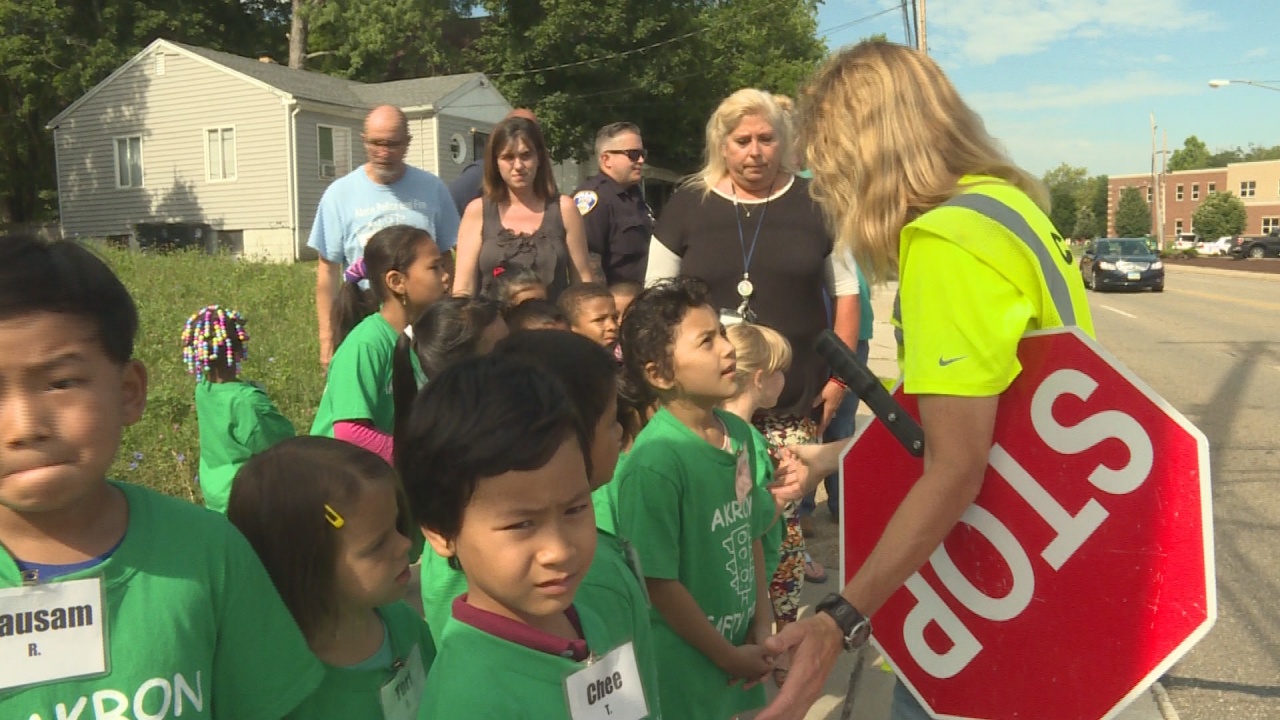 "This was inspired by the Holy Spirit," Rhinesmith said. "Created by the church and made possible by a large body of volunteers."

In addition to many UCC churches in the area who provide those volunteers, now to help work with the children and with registration, the Fairlawn-West team has been partnering with the Akron Public Schools, the Akron Police and Fire Departments, and Akron Children's Hospital.

They offer four weeks of instruction in June and July, each at a different elementary school around the city, as the only Safety Town in the country that can break down and move to different parts of the community.

For a week – Monday through Friday from 9:00 am until noon -- the youngsters, with the help of local professionals, get hands on experience learning and practicing bicycle, playground and fire safety, how to be safe around dogs, wary of strangers and how to call 911. But there is also tremendous value in relationship building. An especially important lesson learned the last week in July, for 74 children from refugee families in Akron.

"Many of them have come from countries where people in authority were a threat – that's why they are here in this country, to be in a safe environment," Rhinesmith said. "It's very important for them to know not only the local people and the language, but that police and firefighters are their friends and are here to help them." 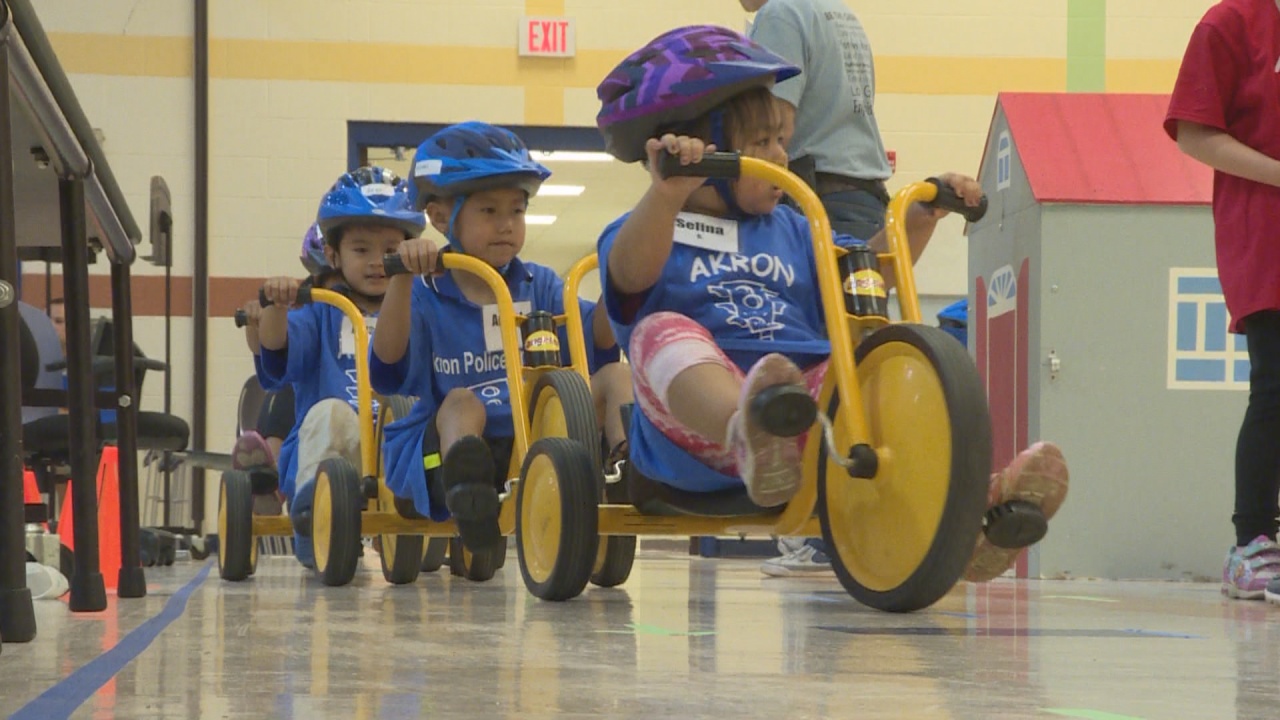 And the young refugees, who speak English, Spanish, Nepali, Butanese and Arabic, also took valuable lessons back to teach their families – simple things like looking both ways before you cross a street, or waiting for a walk sign.

"So often we in the UCC are aware of social injustices, we see people are struggling, but we feel disempowered – wondering how do we address this? Here is one example," Rhinesmith said. "We came together as a group to get something started, and more and more community groups engaged. You don't have to think you have to solve the problem. We just have to start working on the problem together."

As Rhinesmith said, "We can do something – one little step will take us a million miles in creating a just world for all."