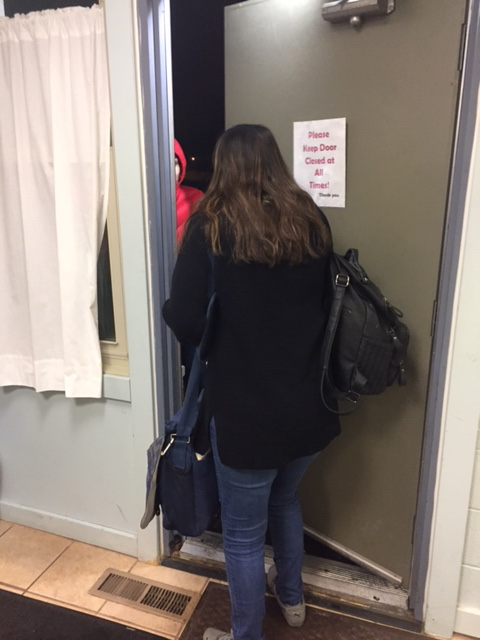 A Columbus, Ohio congregation is celebrating with a mother of three who reunited with her family after spending almost three months in sanctuary at Just North United Church of Christ.

The 41-year old woman, originally from Mexico, called ‘Angelica,’ by church members to protect her identity, was able to leave refuge at the church after she was granted a U-Visa by the government. The hospitality of Just North bought her the time she needed to work through the legal process.

“As a UCC congregation, we try to listen to our still speaking God, we understand the challenges of life’s journey, and we embrace the stories, the sorrows, the needs and the gifts of our neighbors, we practice extravagant welcome, we strive to fulfill Micah 6:8 – we walk with God, we serve our neighbor, and we seek justice for all in our land,” said the Rev. Eric Williams, pastor of Just North United Church of Christ. “So, in these hard and harsh days of political uncertainty and social splintering, as people of faith, we were eager to do some good, help some hurt, right some wrong, restore some hope, show our love and be loving to someone sent to us by God, much like the angels who came to Sarah and Abraham (Genesis 18).”

Angelica moved into the Just North UCC facility with her baby on October 29, 2018, after going into hiding in August to avoid Immigration and Customs Enforcement (ICE). She was able to return home to her husband and two older children — all United States citizens —on Wednesday, January 23, after her attorneys, Liliana Vasquez and Inna Simakovsky, brought her the visa they’d just received for her in the mail.

A U-Visa is granted to people who are victims of crime in the U.S. and assisting law enforcement. Angelica had been seeking the visa since 2013, when her family was robbed at gunpoint in their suburban Columbus home. Before that, her attempts to find other legal avenues to stay in this country had been unsuccessful. 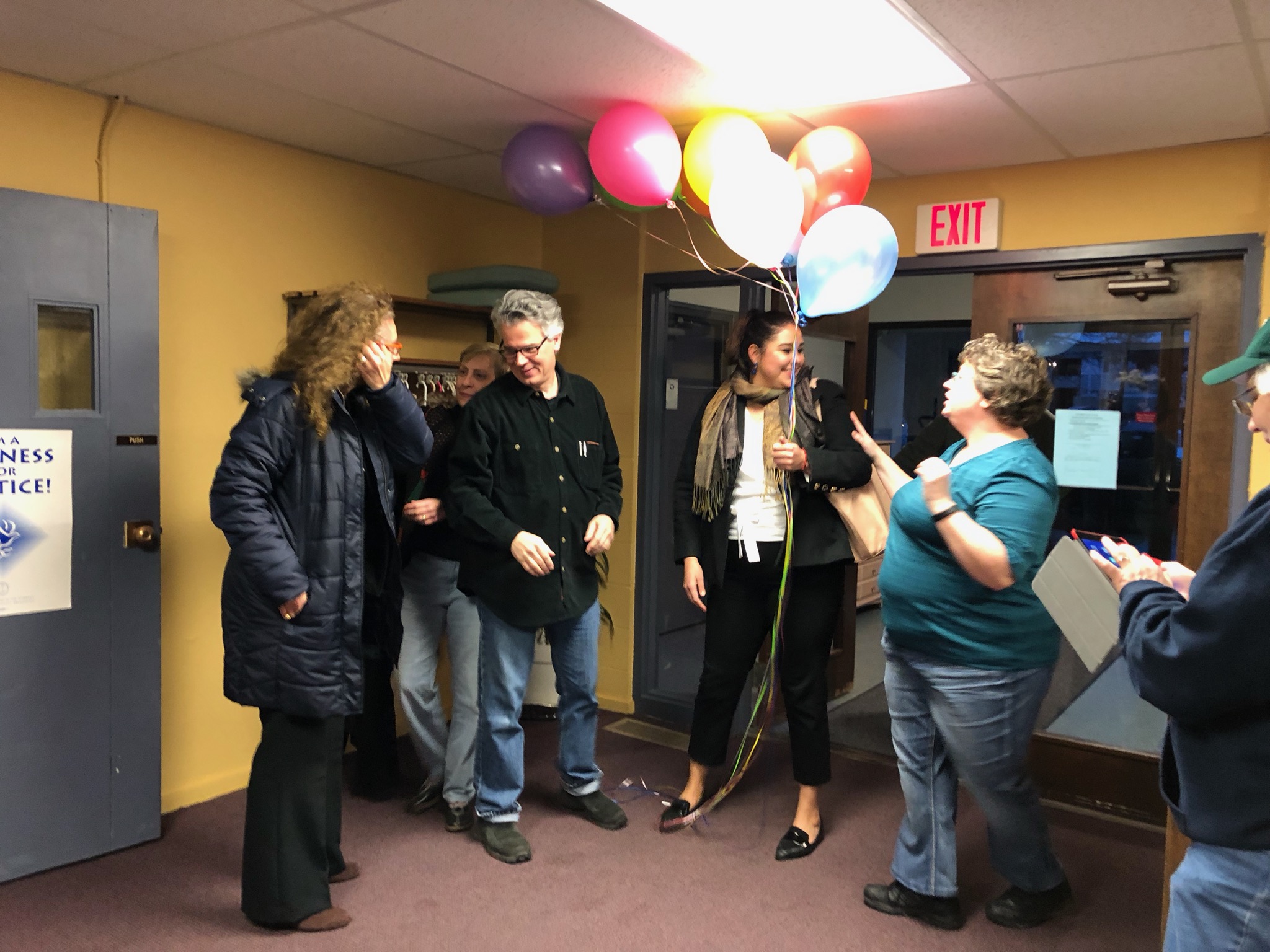 “She came to us because she had seen the story of another woman in sanctuary,” said Dawn Leach, Just North’s Sanctuary Team leader, referring to Edith Espinal. She’s a 41-year-old mother of three, originally from Mexico, who is in sanctuary at Columbus Mennonite Church. “ICE called Angelica in, said she was going to be deported and started to put handcuffs on her. But because she had her baby with her, agents told her to show up the next morning with a plane ticket to Mexico. So she called the Mennonite church and asked to talk to the woman. That’s how she found us.

“When we first learned about this opportunity, a couple of us briefly discussed getting involved, but we ended up brushing it off,” Leach continued. “Other churches were considering offering her sanctuary. We figured we'd support whoever decided to step up. Then two things happened: I attended a service at Columbus Mennonite Church marking the one year anniversary of Edith Espinal taking sanctuary there. I witnessed a deep spirituality, and they spoke of the profound ways the sanctuary journey had blessed them.

“Then while attending a meeting about sanctuary, I heard that Angelica had not found a church that would take her and had gone into hiding. I learned she said she was ‘desesperada’ — desperate, losing hope. She had said, ‘I don't need a shower. I can wash up in a sink. I don't need a bed. I can sleep on the floor. All I want is a safe place for me and my baby.’ How could we not respond?”

“Our time with Angelica was a holy and urgent interruption. Members of the church responded with both heart and mind, providing hospitality and pursuing advocacy,” said Williams. “Our first priority was Angelica’s safety and needs, our second was the wellbeing of the congregation. Both were served together.”

The U-Visa offers Angelica an opportunity to stay in the U.S. for four years, with a path to citizenship. In three years, she can apply for a green card. About five years after that, she can apply to become a citizen, her attorney said. ICE agents no longer have the grounds to detain her.

“It is with joy that we celebrate the stay of removal and U-Visa that Angelica was able to win through claiming Sanctuary at Just North UCC,” said the Rev. Noel Andersen, coordinator of the UCC Immigration Collaborative. “This congregation showed faithfulness in offering sanctuary while respecting the needs of Angelica to go public in her own time, and keep her actual identity concealed from fear of retaliation. This story is a testimony of what can be accomplished when faith communities join alongside immigrant leaders in this struggle for justice.”

"This case is like so many throughout the United States,” Andersen continued. “Deportation orders that should be given the opportunity to adjust status, but because of this administration's cruel and discriminatory policies, people are being targeted for deportation that will result in family separation.”

“We have to shed light on it,” Leach said. “It’s complicated for us to understand because the people who are suffering are invisible. They are afraid to tell their story.

“We went into this knowing that the stories often don't have happy endings. Nothing we can do would guarantee that she would not be torn away from her family,” Leach continued. “And we cannot walk the path for her and her family. But what we could do is to walk alongside her, and let her know that she does not suffer alone. As the body of Christ, isn't that what we are called to do?”

On Sunday, Angelica’s church family celebrated that call, her freedom, and vowed to do more.

“As we celebrate Angelica’s freedom, we are expanding our commitment to the sanctuary movement,” Williams said.  “On March 10 we will host Faces and Faiths of Sanctuary, a public forum to tell the stories of the three Columbus, Ohio sanctuary churches and to invite other communities of faith to offer and advocate for sanctuary.”

“We learned so much through doing this,” Leach emphasized. “It has caused us to really reflect on our faith, on what's happening in our country, and what God calls us to do in response. I would have thought that as much work as this has been, people would be ready to take a break and get back to their regular lives. But I'm just as busy as ever, because there's so much energy and excitement about the next steps. We're on this journey, and we're not stopping now.”