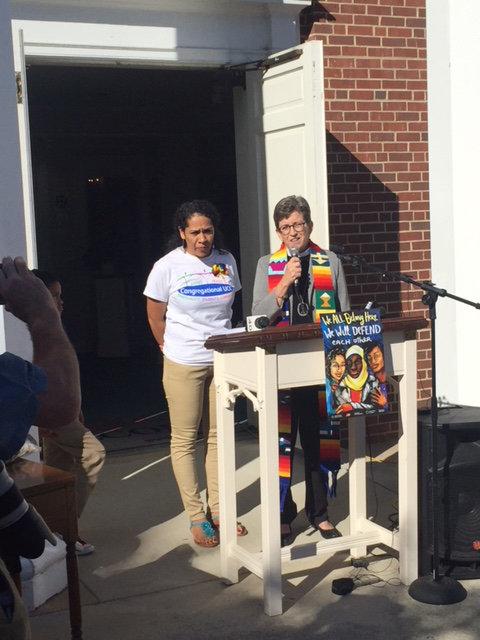 A North Carolina mother of three who has been living in sanctuary in a Greensboro church with her two young sons has returned to her home in Winston-Salem after a federal immigration judge cancelled her deportation order.

Minerva Garcia walked out of the Congregational United Church of Christ Monday with the Rev. Julie Peeples to applause.

"It means a lot to me to have my freedom back," Garcia told a crowd of supporters gathered on the church lawn. She expressed deep appreciation to the pastor, the congregation and to volunteers who signed her petitions, and dealt with "the politics," surrounding her case. "Thank you — thank you all."

"This is an amazing morning of celebration," said Peeples, pastor of Congregational United Church of Christ. "We are so grateful to Minerva and her family for allowing us the honor of walking this journey with you."

Garcia came to the U.S. from Mexico in 2000 after the death of her husband, searching for better educational opportunities for her now 21-year old son, Eduardo, who is blind. She had been working, paying taxes, and checking in regularly with Immigration and Customs Enforcement since she was picked up at a checkpoint in 2009. In 2013 Garcia was granted a stay of removal by U.S. Immigration and Customs Enforcement (ICE) due to her eldest son's needs. But this spring at her annual check-in, ICE agents told her she had to leave the country by June 30. She bought a bus ticket for June 28, but decided instead to take sanctuary at Congregational UCC with her younger sons, U.S. citizens, Antonio, age six, and Matteo, age four. 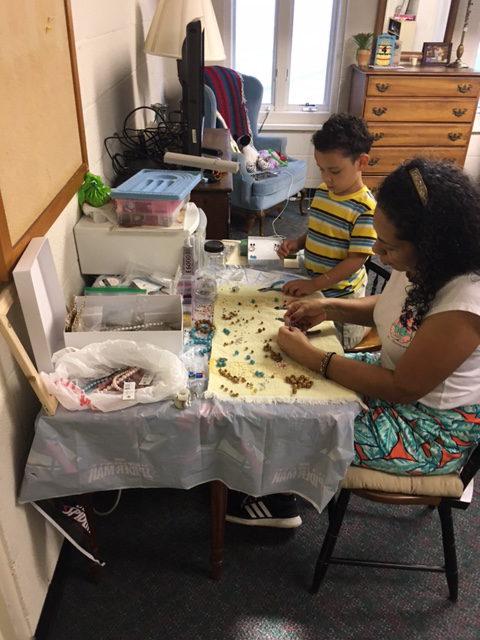 Members of the church made the place a home for her. They, along with volunteers from at least seven other congregations, stayed with them around the clock, providing food, meals, laundry, playing with the boys. Garcia, one of three people living in sanctuary under deportation order in  North Carolina, spent her time the last three months lending a hand in the church office and making jewelry to help provide for her family.

Her supporters in the Winston-Salem Sanctuary Coalition kept working on Garcia's behalf. On Monday Oct. 2, her attorney called to say her deportation order had been vacated and she was free to go home.

"We are so grateful to God and to everyone who helped Minerva," said Peeples. "I am proud of our church and friends,  proud of the people in Winston-Salem and Greensboro who first became involved with Minerva and her family. We remain in awe of Minerva and her courage. We send them home with our love."