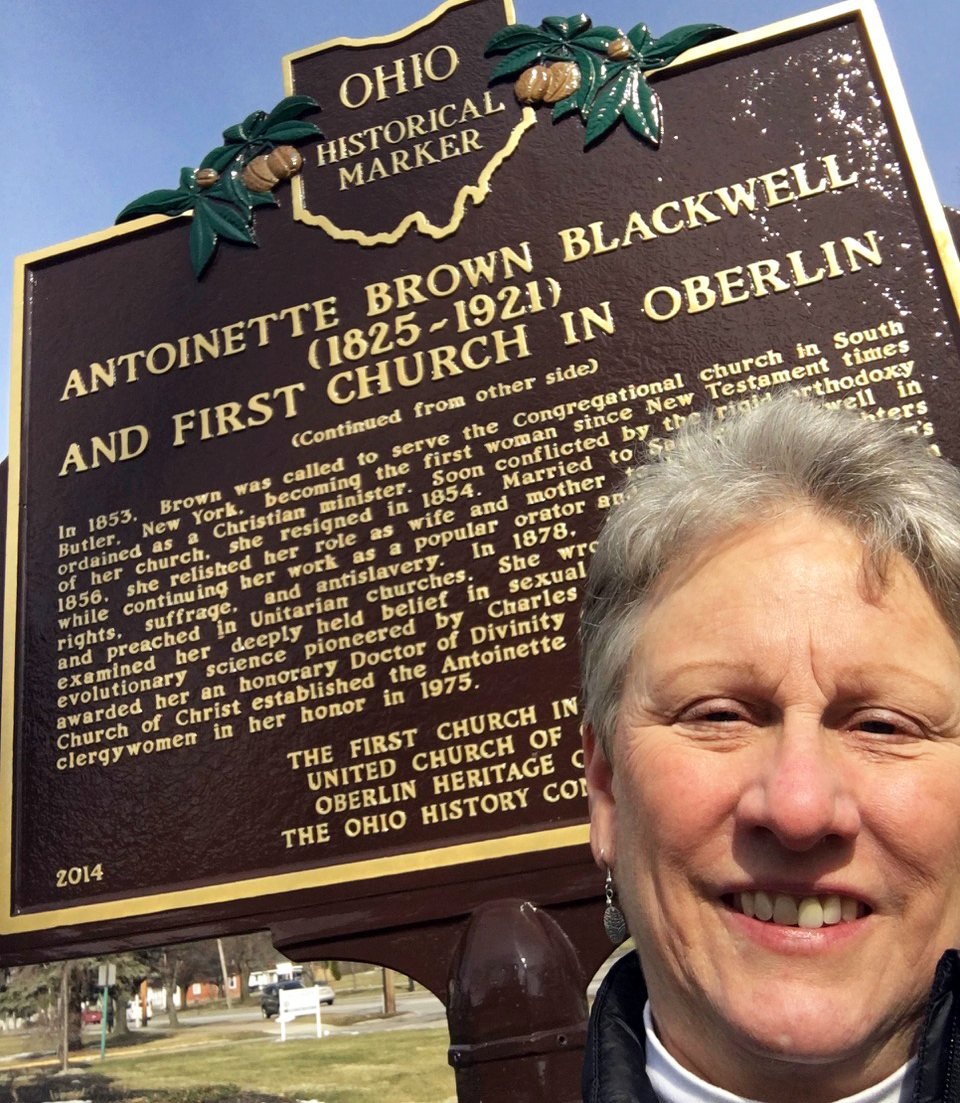 The United Church of Christ announced today (Nov. 5) that nominations are open for the biennial Antoinette Brown Awards.

Antoinette Brown was a trailblazer. After theological studies at Oberlin (Ohio) College, the first college to affirm co-education, Brown became the first woman ordained into Christian ministry in the modern era. Ordination took place in September 1853 at the Congregational Church in South Butler, N.Y. The awards honoring her legacy began 122 years later, in 1975, when the Rev. Joan Forsberg and the Rev. Rhoda Jane Dickinson became the first two recipients.

"The Antoinette Brown Award was first presented to UCC clergywomen at a time when there were few ordained women in our denomination," said the Rev. Loey Powell, 2017 award recipient and long-time advocate for women and social justice. "Today, more than half of all active clergy in the UCC are women, a very encouraging sign of the times."

Each biennium, the Brown award is given to two outstanding clergywomen whose ministries exemplify advocacy for women and significant leadership in the local church, community, or other church-related institution. Previous awardees have included the Rev. Yvonne Delk, former director of the UCC's Office for Church in Society and founding director of the Center for African American Theological Studies (a program of the Seminary Consortium for Urban Pastoral Education); the Rev. Candita Bauzá-Mattos, the first Latinx woman ordained in the Evangelical United Church of Puerto Rico; the Rev. Ruth C. Duck, liturgical scholar and author; the Rev. Rosemary McCombs Maxey, Muscogee (Creek) Citizen of Oklahoma; and the Rev. Traci Blackmon, the UCC's executive minister for Justice and Local Church Ministries, among others.

The Rev. Elizabeth Dilley, the UCC's minister for ministerial support and accountability, says the award's importance cannot be overstated.

"We often think of our denomination as being trailblazing for any number of 'firsts' — and we are leaders in many ways, not the least of which when one of our predecessor bodies ordained Antoinette Brown," said Dilley. "However, women in ministry still face any number of continuing challenges, individually and systemically; and significant contributions of trailblazing clergywomen still need recognition by the church and the world, to serve as a model for all Christians."

A newer category for the awards also is open for nominations: the "catalyst award," given to an organization, congregation, project, or collective that serves as a provocative space to advance and empower women in ministry in the United Church of Christ. The first such award was given to RevGalBlogPals (https://revgalblogpals.org/) in 2015. RevGalBlogPals is an ecumenical digital community of clergywomen around the world who gather to write, pray and be in community together.

The Antoinette Brown awardees will be celebrated at General Synod — June 21-25, 2019, in Milwaukee, Wis. — with a presentation of medals and a public reception. Awardees also will speak at the UCC Clergywomen Leadership event in 2020.

"As a recipient of this award in 2017, I felt honored and humbled to be recognized with some very remarkable clergywomen, many of whom mentored me over the years," said Powell. "This tradition in the UCC will continue even as the landscape in ministry has been changing, because the need to lift up, see, and honor those who are doing a 'new thing' in creative, bold, and space-making ways as women and as clergy is needed more than ever.

"Just as Antoinette Brown advocated for the abolition of slavery, worked with women and children in prison, and fought for women's rights and poor people's rights with dignity, those issues of justice remain with us today … We all need strength and encouragement to persist when the way forward seems so obscure. That's the spirit lifted when the UCC presents the Antoinette Brown Awards."