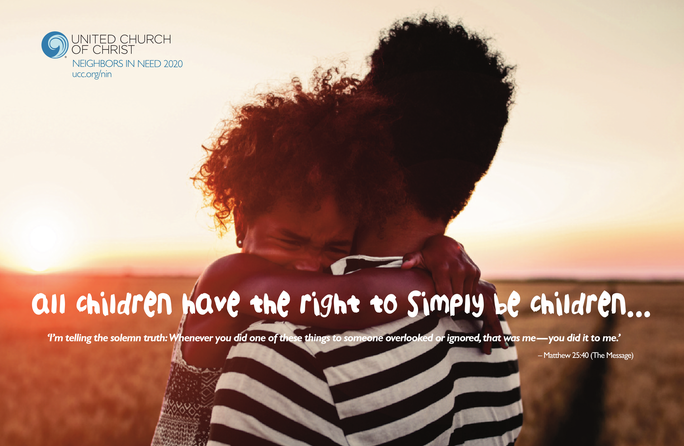 Helping people understand homelessness through the insight of others who have lived with housing instability is the focus of two successful community projects funded by gifts to United Church of Christ Neighbors in Need.

The special mission offering, which supports ministries of justice and compassion across the country, traditionally funds a number of grants annually to support local justice initiatives, advocacy efforts and direct service projects.

Two examples are Hands on Hartford’s Faces of Homelessness Speaker’s Bureau and City Mission Boston’s Public Voice Project. But this year, because of COVID-19, Neighbors in Need did much more.

In Hartford: Faces of Homelessness

Hands on Hartford is a long-time NIN grant recipient. The Connecticut organization, founded more than 50 years ago by City Center churches, uses your gifts to support The Faces of Homelessness Speakers' Bureau. People with former or current homelessness experience share their stories with the public to raise awareness about homelessness, hunger and other poverty issues in a very personal way. The speakers develop leadership skills and stability in their own lives as they help inspire action toward economic justice.

“We would have struggled to develop this program without the help of Neighbors in Need,” said Janet Jones Bann, grants manager, Hands on Hartford. 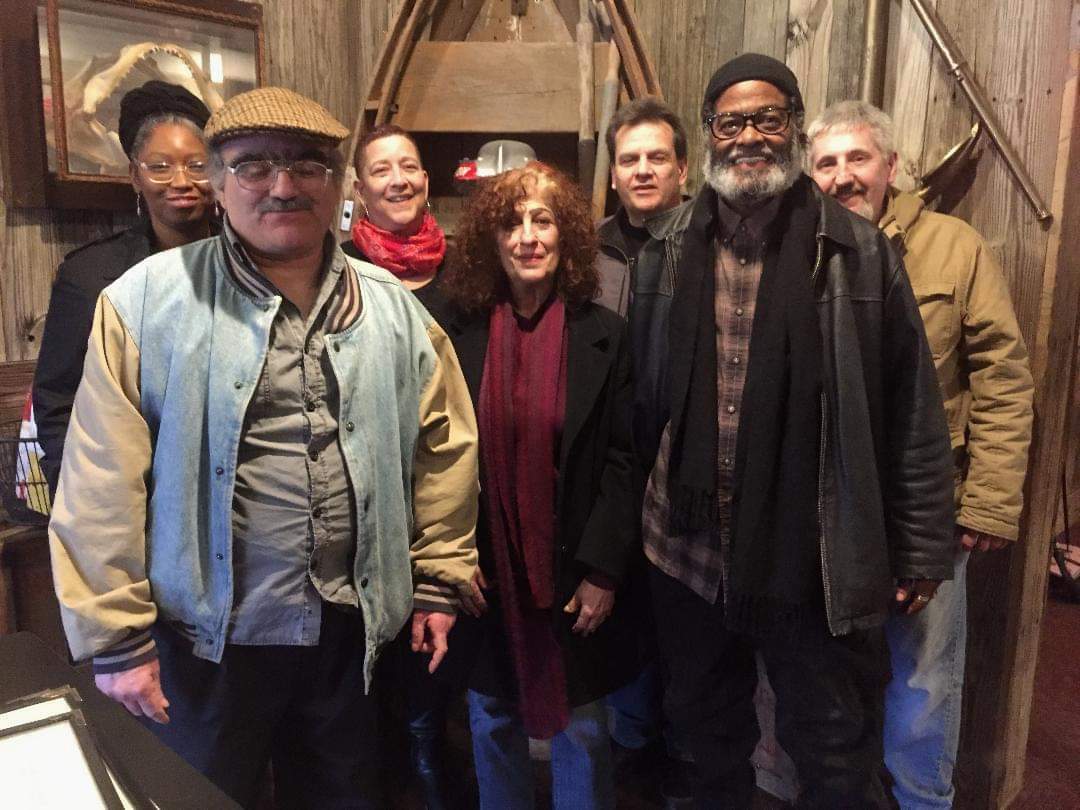 “The grants have really allowed us to run Faces of Homelessness. It’s had a huge impact -- on hundreds of people who heard their powerful stories and on a dozen formerly homeless folks who have realized stability in their own lives,” said Barbara Shaw, the organization’s executive director. She referenced single mothers who have overcome challenges of being homeless with children and one individual who lived outdoors for years, now housed and participating.

The program employs a formerly homeless person as part-time project co-coordinator and currently has seven active speakers who share their stories at schools, colleges, local employers, and with faith communities.

“I think this is something churches have struggled with – how to get a balance of directly serving people in need as we make a difference in this world with social justice, with people advocating for themselves,” Shaw said. “Faith-based basic support services and the compassion are important, but we can also help people find their voice in the world. And create change in this world. This program does that. It also does more for the speakers individually that we have ever imagined.” 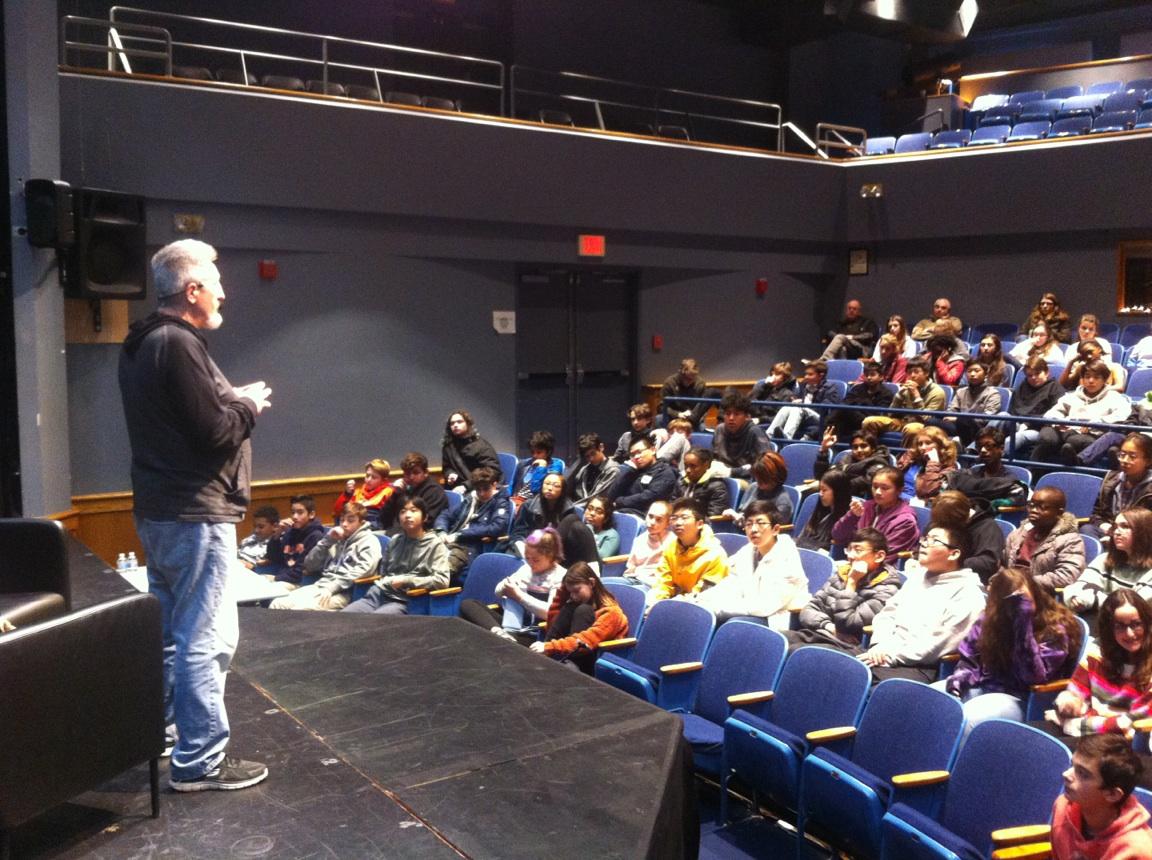 In the last four years, Faces of Homelessness has racked up 131 presentations and raised awareness significantly. In follow-up surveys collected by the bureau:

While the pandemic forced HOH to initially curtail speaking engagements and stopped the recruitment of new speakers, the bureau has “started doing virtual events, which was not in their repertoire earlier,” Shaw said. “We’ve done a number them, have a couple in the planning stage and are just now letting folks know.”

Annie Wendel, assistant director in the Office of Volunteer Programs and Service Learning at Connecticut’s Sacred Heart University, lauded a recent online presentation. In a thank-you to Faces of Homelessness’ Anne Goshdigian in August, she wrote, “You should know that when the students logged back in for evening reflection, they were so grateful that you and Andrea shared your stories with them. It was a great way to help frame the important social justice work that they are engaging in this week (and beyond). I will keep Hands On Hartford in mind for future volunteer opportunities and will definitely be reaching out again to schedule a speaker for next year’s program (hopefully by that time it will be in person!).”

NIN gifts have also given voice to a homelessness prevention project in Massachusetts. A first-time grant to City Mission Boston gave the organization’s Public Voice program the means to go out into the community to share stories about the issues involved with housing instability.

“We are very grateful for the support of Neighbors in Need for this initiative. We couldn't have done it without you,” said the Rev. Ruth Edens, City Mission’s director of development and stewardship. “Public Voice directly supports the mission of City Mission to catalyze action to root out poverty in our neighborhood, and is a leading priority for the organization. We are pleased with our success in 2019, and have redoubled our commitment to expand an even more successful program in 2020 and beyond.”

City Mission partners with local churches to educate the public and to advocate with elected officials, so every family in Boston has safe and affordable housing; Public Voice makes it personal.

Last year, City Mission was able to train single mothers and others who have experienced housing instability to be able to speak about it – to bring insight and understanding to others in an appeal for action. Between May and October 2019, the Public Voice program reached 420 people at individual churches in addition to another 700 people at the Southern New England Super Saturday, where two Public Voice speakers led a workshop with the City Mission Executive Director. Seven churches hosted speakers between January and March of this year.

And despite the challenges of the pandemic, Edens said, community audiences remain interested in gaining a deeper understanding about ways to address housing for all as a social justice issue.

“A group of 10 women were accepted into the Public Voice class of 2020 and they started their weekly workshops in early September,” Edens said. “Since then, they have shown commitment to the program and to different social justice issues. In fact, some of them participated in a virtual forum as speakers on Sept. 21 to educate community leaders and corporations on housing issues in Boston.”

“Neighbors in Need funds were set aside and earmarked for operational support dollars for congregations that provide direct service, with awards that go up to $1,500,” said the Rev. Aaron Wade, program associate for Congregational Granting, Justice and Local Church Ministries. “Through the reallocation, we made 100 grants available from this funding source. As of today, we have awarded 47 grants. There are 53 grants left in this category and the rolling application is scheduled to remain open to the end of the year.

“In 2021, we plan to go back to the traditional funding expectations, with a few new and improved application and administrative changes. The goal is to move all Justice and Local Church Ministries grants to an online common application, to make the pursuit of funding easier for potential grantees.”

The 2020 NIN offering, with a theme centered on children, will be received in most UCC congregations on Oct. 4, as part of World Communion Sunday.