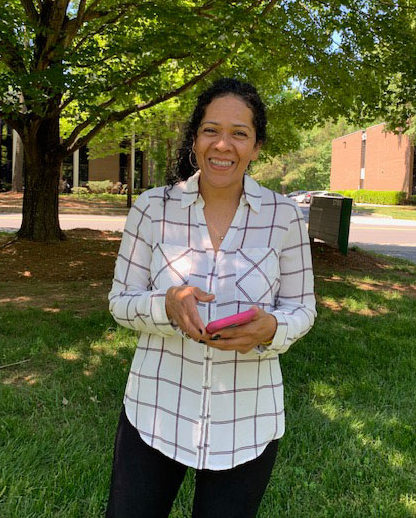 A North Carolina mother who spent 90 days in sanctuary in a Greensboro church is now free to stay in the United States with her three sons. A federal immigration judge in Charlotte, N.C. granted permanent resident status to Minerva Cisneros Garcia on Thursday, May 2.

In worship Sunday morning, she, her sons and her church family celebrated the joyous news at the Congregational United Church of Christ of Greensboro.

“We called her up, gave her some flowers, but we really wanted to spotlight her courage,” said the Rev. Julie Peeples, the church’s senior minister. “She has been so brave through all of this. And she had such strong faith.”

The single mother came to the U.S. from Mexico in 2000 to escape violence and provide better opportunities for her son, Eduardo, who is blind. She spent 17 years, working, paying taxes, and raising two more boys. Garcia has no criminal record and checked in regularly, as required, with U.S. Immigration and Customs Enforcement. In 2013, she was granted a stay of removal from the country because of Eduardo’s situation. But in May 2017, that changed when she was told by ICE she had to leave the country by June 30 of that year.

So Congregational UCC opened its doors to Garcia and her family. She and her two youngest boys lived in the church from June 29, to Oct. 2, 2017, when the ruling of a Texas immigration judge cancelled her deportation order and freed her to return to her home.

But the case against Garcia didn’t end there. 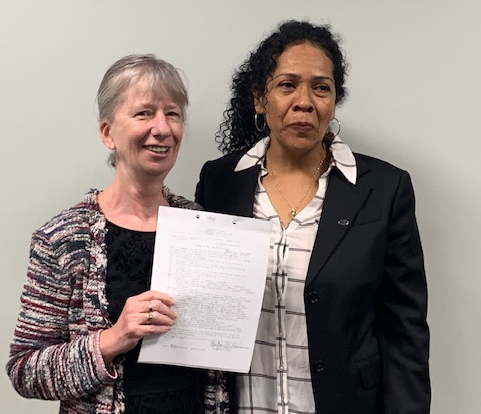 In November of 2017, she was called back to the ICE office in Charlotte, fitted with an ankle bracelet and told she would appear in an immigration court to answer new charges. More than a year later, because the courts are so backlogged, she and her attorney, Helen Parsonage, went back before a federal judge who dismissed her case. Garcia will be receiving a green card and can now seek U.S citizenship.

“I am very happy to be a citizen and I am looking forward to a normal life here in America with my kids,“ Garcia said with a huge smile on her face. “We can have a regular life, just like everybody else.”

Peeples, along with other supporters from the local sanctuary coalition, has accompanied Garcia every step of the way.