Massachusetts Conference Minister one of 25 demonstrators charged at Statehouse 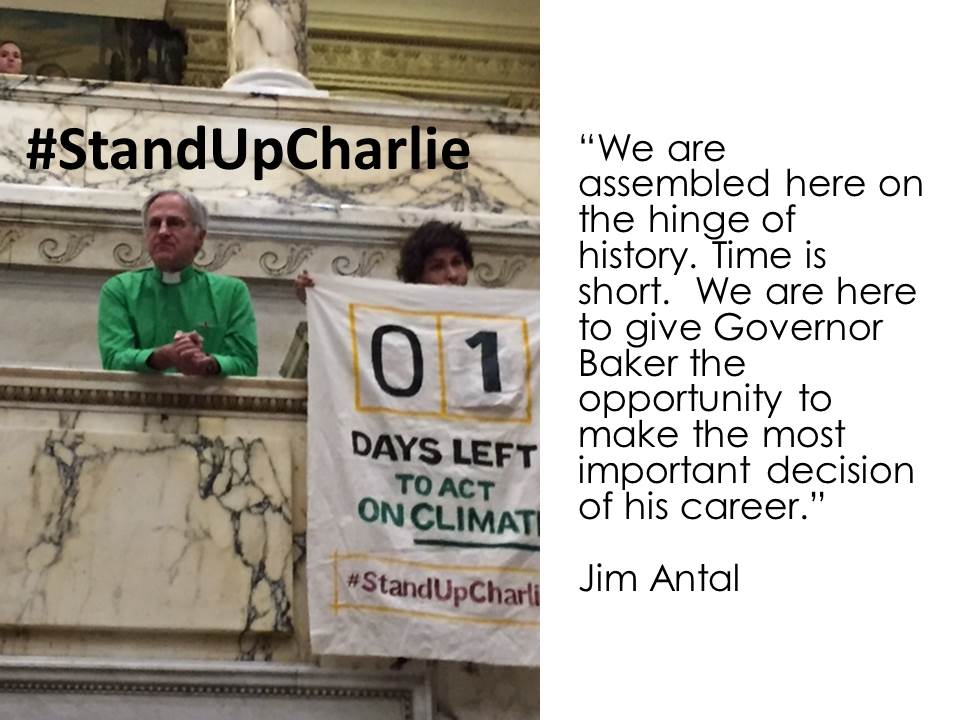 Conference Minister and President of the United Church of Christ Massachusetts Conference the Rev. Jim Antal was one of 25 environmental activists detained at the Statehouse on Thursday, after a sit-in calling on Gov. Charlie Baker to ban the new construction of all fossil fuel infrastructure in the state.

Antal and the other activists were charged with trespassing and unlawful assembly after they refused to leave the Statehouse as it was being closed for the evening. They began the sit-in early in the afternoon, and were supported by more than 300 environmental advocates.

The sit-in was the culmination of an action that began two months ago, when activists began making daily appearances outside the Governor's office, asking him to ban future fossil fuel projects.

"For weeks we've been offering Gov. Baker the biggest opportunity of his political career," said Antal, who appeared every Friday at the Statehouse during the action. "One hundred years from now, every child in Massachusetts will know his name if he commits to stop all new fossil fuel infrastructure in the Commonwealth. Keeping all options open is a death sentence for future generations. God is calling our generation to take action NOW." 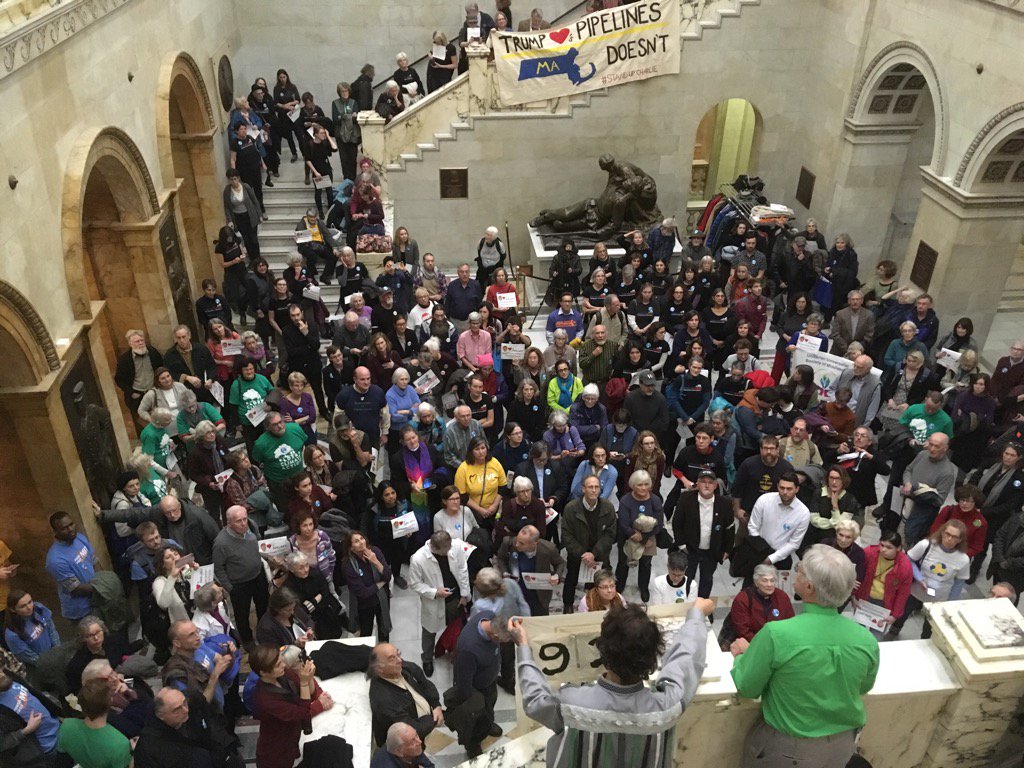 Margaret Bullitt-Jonas, Missioner for Creation Care for both the Conference and the Episcopal Diocese of Western Massachusetts, was also charged for participating in the sit-in, as was Emma Brewer-Wallin, a former climate intern for the Massachusetts Conference and current intern at Old South Church in Boston.

"As a Christian, I believe that God entrusted the world to our care," Bullitt-Jonas said. "Desecrating the earth by disrupting its climate and unraveling the web of life is an affront against our Creator. In order to avert climate catastrophe and to preserve a habitable planet, we must keep fossil fuels in the ground. We call upon the Governor to help us move as swiftly as possible to a clean energy future in which all communities can thrive."

The demonstration was organized by 350 Mass Action. In addition to faith leaders, those charged in the sit-in also included a retired medical doctor and a leukemia researcher.

"We could not have a more logical ask: we're just saying as we make new investments in new energy projects, let's only invest in the best, like solar and wind," explained Craig Altemose, a spokesperson for 350 Mass Action. "It just does not make sense to continue allowing new gas pipelines and power plants to be built in 2017, when we know we want to be 100% powered by renewable energy within the next 20-30 years."

Many United Church of Christ clergy and lay leaders took part in the actions over the last two months, including leaders from the East Weymouth Congregational Church and Pilgrim Church in North Weymouth, who have been fighting against construction of a compressor station in that town.

Tiffany Vail is the associate conference minister for communications of the Massachusetts Conference United Church of Christ.