Love and prayers lift up Connecticut congregation displaced by fire 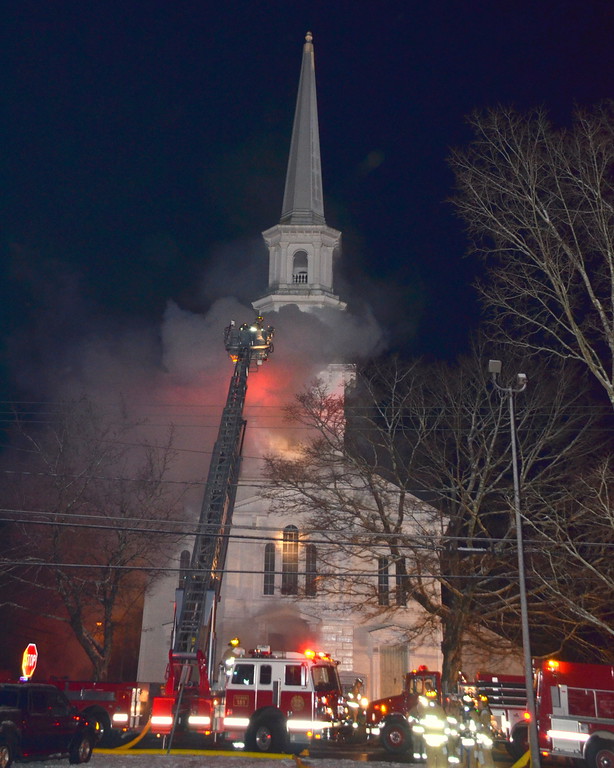 A Connecticut congregation formed more than 40 years before the Declaration of Independence is getting much-needed support from other UCC faith communities after a devastating electrical fire heavily damaged the church's historic sanctuary Thursday night. Firefighters from three states spent hours battling the blaze at Thompson Congregational Church UCC on December 29, which started in the basement and spread up the back of the building.

"We are the church," said the Rev. Jennifer Smith Cook, the pastor of Thompson Congregational, referring to the 30 members of her congregation. "Unfortunately, these things happen. But there is a lot of enthusiasm, love, support and talk of rebuilding."

This is the second recent fire to strike the church building in Thompson, Conn., which dates back to 1856. A steeple fire in 1987 did significant damage to the structure and to a priceless organ just as old. Both were restored. This time, the organ company is coming out Wednesday Jan. 4 to assess the damage.

Cook and some of her congregation have already seen the extensive fire damage to the rear of the church. The roof collapsed onto the pews and littered them across the back of the sanctuary, windows were broken, and there's water damage and smoke damage extending up through the steeple. However, they did find a small miracle in the midst of so much devastation.

The baptismal font, designed by Cook, donated and dedicated to "the glory of God and the memory of my daughter" didn't have a nick on it. The bowl of blown glass in the colors of water, "was miraculously unharmed," Cook said, "pretty amazing considering the rubble all around it." Cook's daughter, 18-year old Margaret Sterling Cook, was killed on her way to school in a car accident in February 2004. 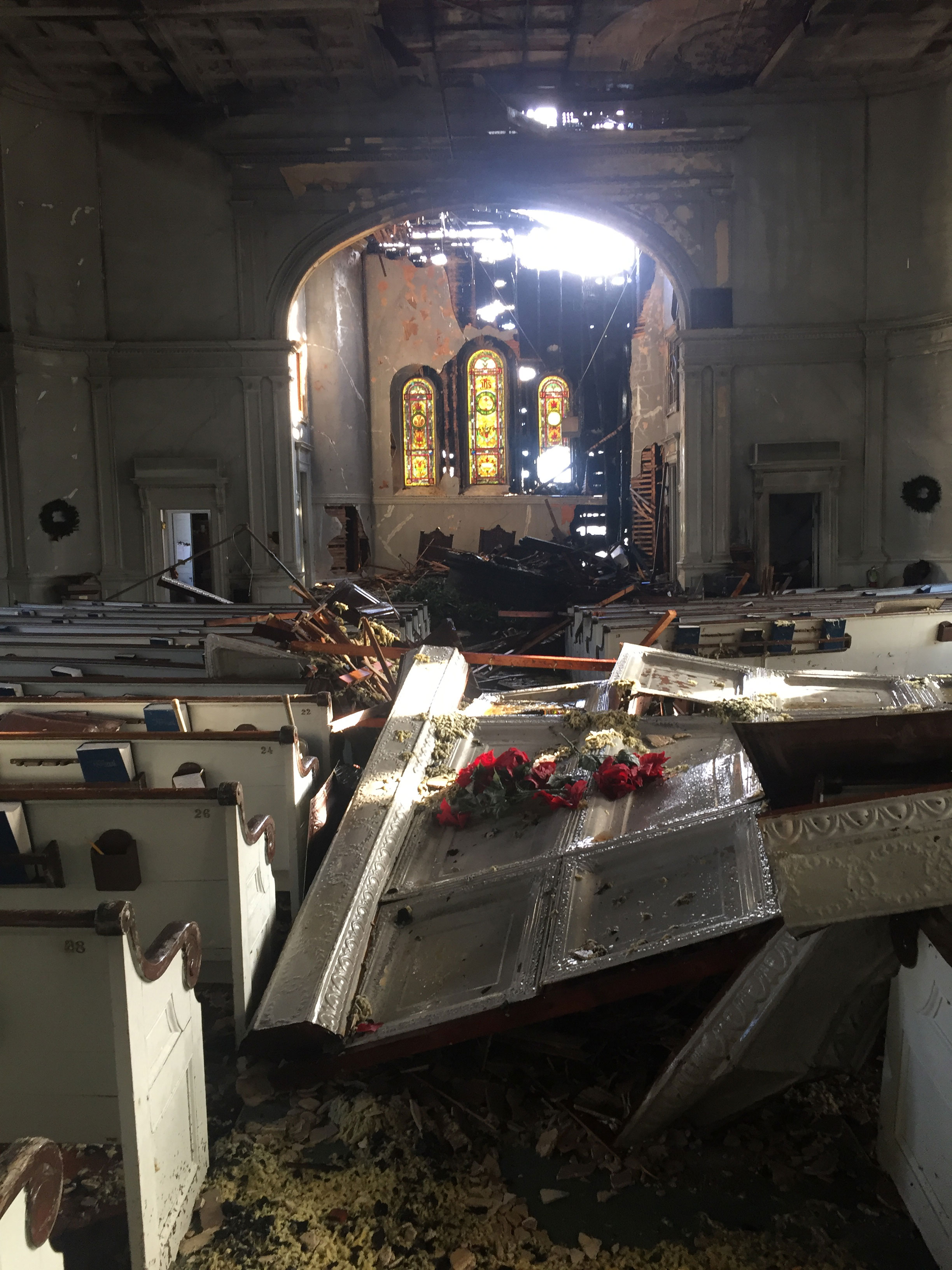 The fire, which followed a very well-attended Christmas Eve service, has relocated the church's Sunday worship to a private Catholic high school across the street. This past Sunday, services were held in the chapel at the Marianapolis Preparatory School, and the congregation intends to meet for worship in the school's auditorium next week. Cook noted that members of the community were in attendance to support her church community.

"I think it's essential in times of tragedy that we support one another," said Chapman. "That's not in the nature of  many of our historically Congregational churches. They're fiercely independent and take deep pride in making it on their own. But the truth is that we are in this together. My congregation has already taken up an offering to help with rebuilding and stands at the ready to do whatever we can assist."

"The Connecticut Conference has been keeping the members of the Thompson Congregational Church in our thoughts and prayers following the devastating fire last week," said the Rev. Kent Siladi, conference minister. "We have reached out to the Rev. Jennifer Cook and the congregation to offer our support.  Area churches have joined together to offer assistance as well.  We will provide continuing support to the church as they discern their next steps.  Please hold them in your thoughts and prayers."

"There has been an outpouring of love for our congregation from the conference, Tom Clough our regional minister, colleagues from UCC churches in nearby communities as well as other denominations," said Cook. "There have been email and social media posts of support from across the country and around the world. The Thompson community and residents in surrounding towns are very enthusiastic in helping in the renewal of our building."

"The members of the congregation of TCCUCC are very encouraged with the outpouring as there is much work to do," Cook continued. "Soon, we will gather to pray, listen and discuss how we will faithfully journey into the future."