Listening as a spiritual discipline during campaign season 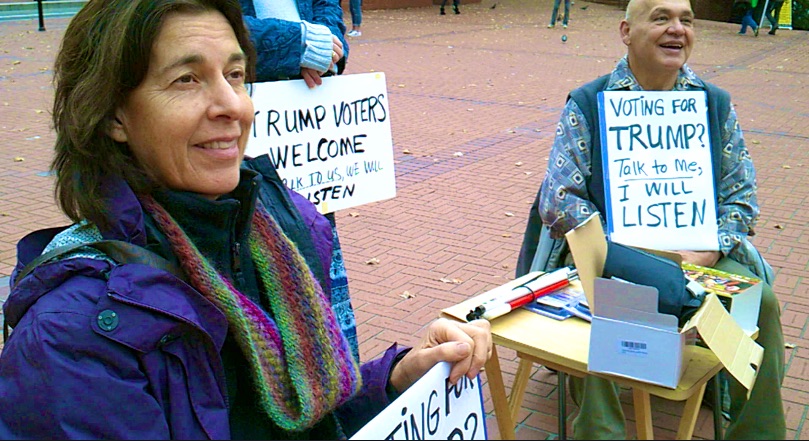 During a season of divisive campaign rhetoric, members of a UCC congregation in Oregon devoted a few days to just listening.

Christ the Healer UCC, a new church start in Portland which is celebrating its 20th anniversary, sent several people out into the community on a mission to listen. Holding signs that read, "Voting for Trump? Talk to me, I will listen," members sat in a downtown square and patrolled a large Walmart parking lot, first on Wednesday, Oct. 19, the day of the last presidential debate and again on Saturday Oct. 22, promising to hear what their neighbors had to say.

"The reaction was fascinating and heartwarming," said Thomas Chavez. "No matter what side people were on, nearly everyone appreciated our presence. We said we were from a church that had been practicing listening as a spiritual discipline and wanted to challenge ourselves by listening outside of our comfort zone. It was surprisingly easy to connect this way as fellow humans." 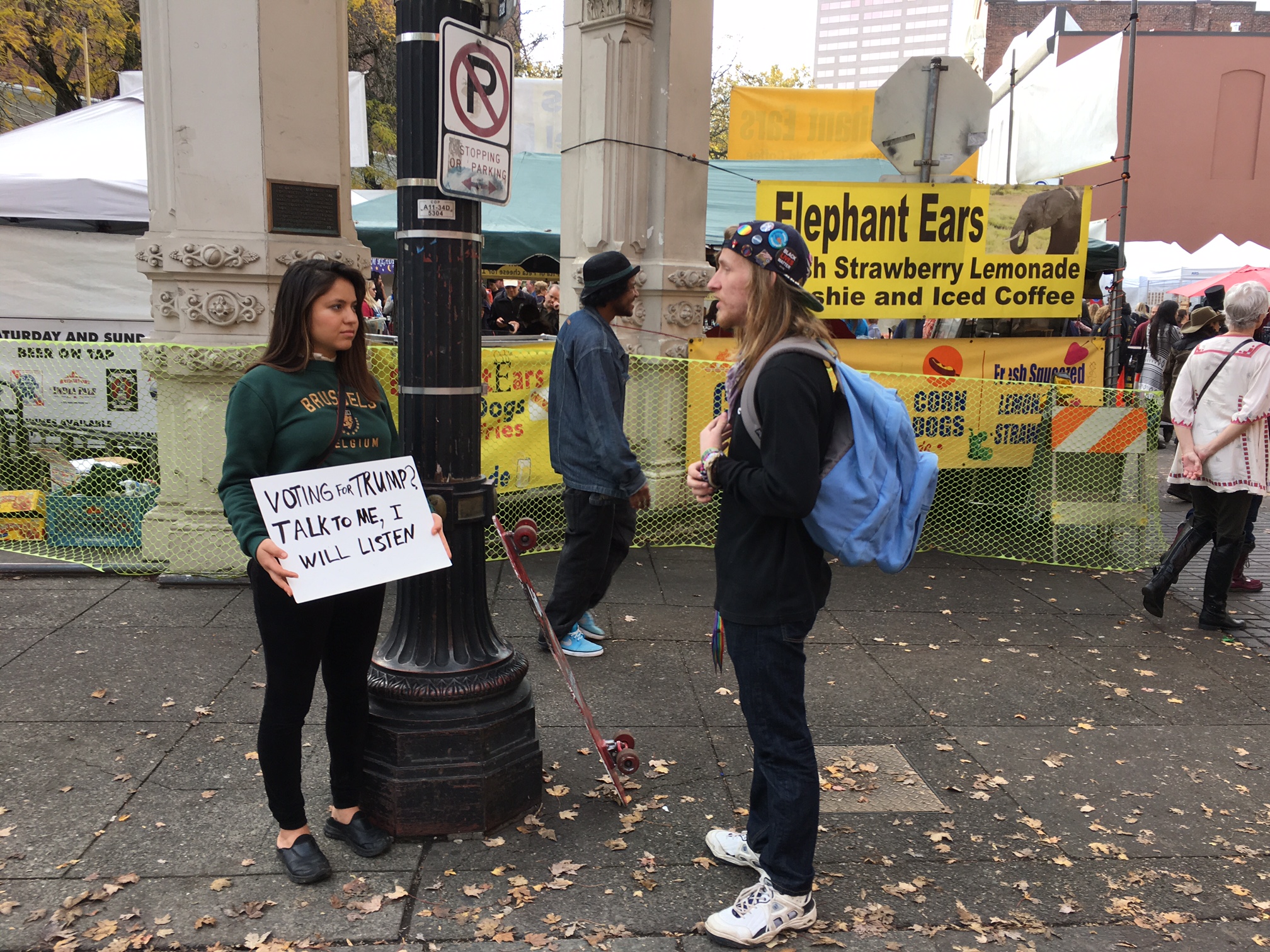 Christ the Healer UCC, which has 26 covenanted members who intentionally join the ministry annually, began as an experimental mission to draw those interested in community and healing. When looking for a local ministry, what better subject to tackle than this year's presidential campaign?

"We were all well prepared to stay calm and present when listening to political opinions, but one man found out we were from a church and started demanding I agree with his biblical views and I lost it by getting into an argument," said the Rev. Gabrielle Chavez, Christ the Healer UCC's organizing pastor. "One of our young members helped me by touching my shoulder and gently reminding me, 'Are you breathing?'"

The church group, which rents space at Kairos Milwaukie UCC for Sunday Supper gatherings and uses homes around the Portland metro area for other weekly and monthly gatherings, promised to keep their opinions out of the discussion and just listen. The project went so well, pastor Chavez says there is enthusiasm to do it some more.

"I'm so glad I came out for this," said Dayana Hernandez, age 19. "Just listening is magical."