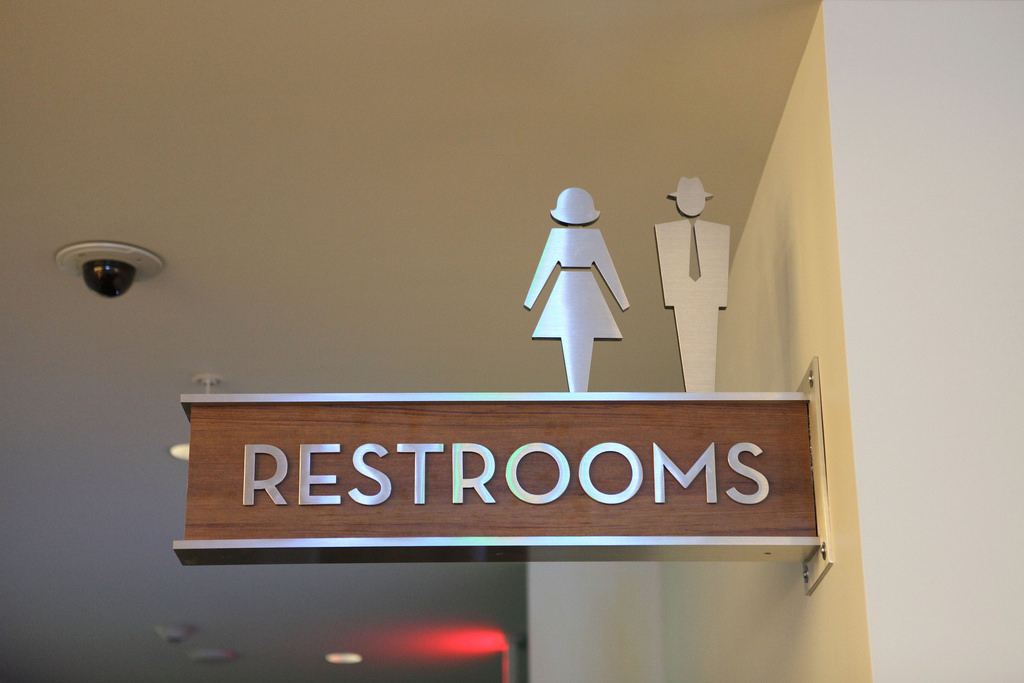 LGBTQ activists across the United Church of Christ are denouncing the Trump Administration's move to rescind protections for transgender students, allowing them to use bathrooms based on the gender with which they identify. Fearful that transgender students will be vulnerable to bullying, advocates find the decision disturbing to the moral value of equality for everyone.

The Rev. Michael Schuenemeyer, UCC executive for health and wholeness advocacy, said the rollback of the protections was unacceptable, and that the federal government — by deferring the issue to individual states — is sidestepping its responsibility to ensure that all students are treated equally, with dignity and with respect.

"My fear is this effectively declares open season for bullying and discrimination for anyone whose gender may not readily conform to typical binary norms," said Schuenemeyer. "It puts a whole host of students in harm's way no matter how they identify, making these already vulnerable students more vulnerable. We've got to be better than this and stand up for transgender and other students of diverse gender identities and expressions."

The Obama Administration first issued the guidance in May 2016, citing Title IX federal laws protections against gender discrimination. On Wednesday, Feb. 22, the Justice Department told schools the guidelines caused legal confusion and lawsuits around its enforcement, and that the issue is best left for states to decide.

The Rev. Jasmine Beach-Ferrara, a UCC minister and executive director of the Campaign for Southern Equality, believes that the Justice Department and the Dept. of Education are undermining protections for transgender students with their actions.

"No child should be denied access to basic facilities or subjected to discriminatory treatment and that's exactly what is threatened by this new, reckless directive from the Trump Administration," she said.

"The reality is that the protections of Title IX are still in effect for transgender students. We will fight every day to ensure that these protections remain in place,” Beach-Ferrara added.

The Campaign for Southern Equality — which works across the South to promote full LGBTQ equality — is based in Asheville, N.C., a state that was the focus of transgender rights for most of last year following the passage of a controversial law. North Carolina's HB2, often referred to as the "bathroom bill", restricted transgender people to use the bathroom corresponding to the sex on their birth certificate, rather that the gender with which they identify. It was one of several anti-LGBTQ laws that swept across the south in 2016.

In July, the Republican Party adopted numerous provisions in its party platform to limit the civil rights of LGBTQ people, once of which included promoting state laws that limit which restrooms transgender people can use, an issue that has moved to the forefront of the battle for LGBTQ rights.

Andy Lang, executive director for the UCC Open and Affirming Coalition, is urging churches in the denomination to publicly demonstrate their support of transgender people.

"The Open and Affirming Coalition urges all of the UCC's 1,400 ONA churches to stand now — visibly and in public — with their transgender neighbors," said Lang. The ONA Coalition advocates for the lesbian, gay, bisexual and transgender community in the UCC, and equips congregations to declare publicly their full welcome and inclusion of LGBTQ people. "We cannot be silent when the rights, freedoms, and human dignity of the transgender community are left unprotected by federal law. We ask that ONA churches, if they haven't already, contact their state equality organizations to learn ways they can advocate for their trans neighbors. The Coalition is ready to help every church make those connections."

Lang and Schuenemeyer issued a statement denouncing the actions, and called upon members of the UCC to take action to stand with transgender people. It can be read here.