The Rev. Ralph Quellhorst, who served on the national staff of the United Church of Christ, led two of its Conferences, and mentored local pastors and denominational leaders, died Tuesday, June 23, in Canton, Ohio. He was 82. 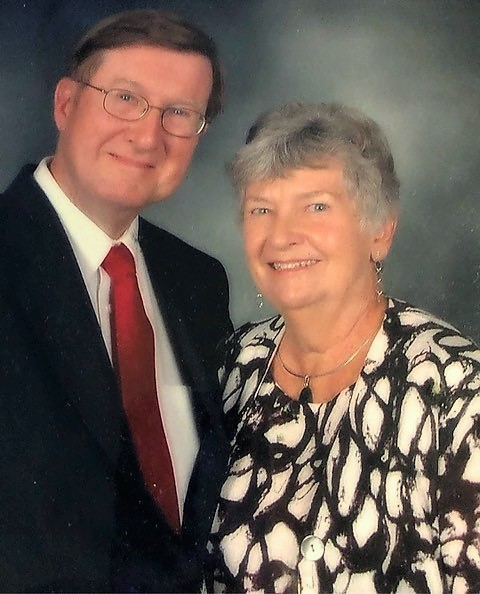 The Rev. John Dorhauer, general minister and president, praised Quellhorst’s “wise, steady, and insightful leadership” and called him “a vital, strong and courageous voice in the church.”

“His influence not only on the denomination but on many pastors, who relied on him for his counsel, compassion and wisdom, is deep and profound,” Dorhauer said. “He will long be remembered as an elder of enormous impact and influence; and longer loved as a man of deep faith and gentle spirit.”

Quellhorst led a thoroughly UCC life. Born in 1937 into the Evangelical and Reformed heritage that would become part of the UCC, he was educated at two of its schools, served as a trustee at one of them for 37 years, and spent his last years in a retirement community with roots in that tradition.

He told an interviewer in 2007 that his life and work were strongly influenced by national youth ministries he took part in at the time the UCC was formed in 1957 – not least because that was how he met his future wife, the former Sue Beggs. At the time of her death in 2014, they had been married 55 years.

Ralph Clarence Raymond Quellhorst was born Aug. 12, 1937, in rural New Bremen, Ohio, halfway between Cincinnati and Toledo. He graduated from high school there in 1955, then earned a B.A. from Heidelberg University, Tiffin, Ohio, in 1959 and a divinity degree from Eden Theological Seminary, Webster Groves, Mo., in 1962, where he also received a D.Min. in 1976.

Called to be pastor of Emmanuel UCC in Bluffton, Ohio, he was ordained in 1962 and served until 1967. The rest of his career was in service to the wider UCC as:

Along the way he also served on churchwide bodies such as the Executive Council and the Council of Conference Ministers and taught courses as an adjunct professor at Ohio Northern University, Eden, and New York Theological Seminary. 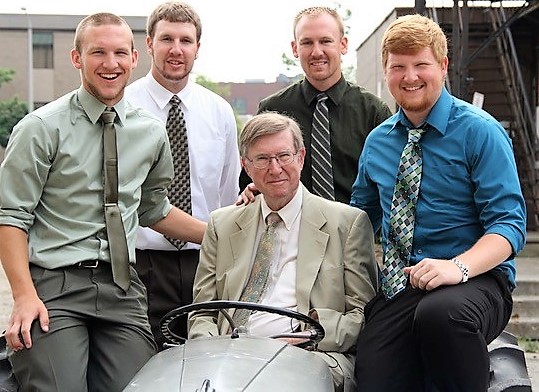 “Ralph was one who knew how to make space for others to grow,” said the Rev. David Long-Higgins, current Conference minister of the Heartland Conference, in an email on the day of Quellhorst’s death. “I count myself among the many who were mentored and encouraged by Ralph in my early days of ministry and also more recently. Whether it was the invitation to be part of a support group of pastors serving renewing congregations or nurturing gifts for ministry in the wider church when I did not yet see them, I was blessed by Ralph, along with so many others. The United Church of Christ has lost a great pastoral leader, theologian and friend. But the legacy of his love remains. What a gift! Thanks be to God!”

As a local church pastor in Indiana, the Rev. John Krueger served on the search committee that recommended Quellhorst as Conference minister there. “He proved to be exactly the right person for the Conference,” Krueger said. “His background in farming was an important connection for many in our rural churches.” Soon they were colleagues in Conference ministry, as Krueger was called to lead the Kansas-Oklahoma Conference. “He was so good to me in so many ways, top of the list in terms of being a mentor for me,” Krueger said.

Natural disasters and racial tensions were among the challenges Quellhorst faced as a leader. “Having personally experienced the devastation of a tornado that destroyed the parsonage where his family lived in Bluffton in 1965, Ralph was an instrumental advocate for the establishment of the Disaster Response Ministry [now Disaster Ministries] as a ministry of the whole church,” Long-Higgins said.

The Rev. John Thomas, a retired UCC general minister and president, recalled working with Quellhorst “during one particularly difficult moment” in 2002. “The Executive Council had endorsed, at the encouragement of Council members from Cincinnati, an economic boycott of the city in response to police violence against African Americans,” Thomas said. “News of this unsettled many of our churches there who were angry that they had not been fully consulted prior to this action.

“Ralph accompanied me and others to numerous meetings, some extremely tense, navigating skillfully through the radically diverse perspectives of the differing constituencies found among our churches. Throughout he displayed a deep appreciation for the pastors and congregations while not wavering from the demands of justice the moment required.” 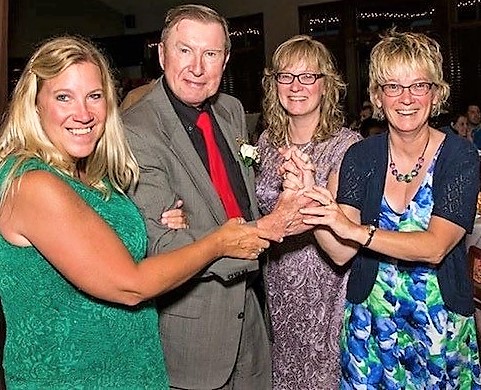 Quellhorst’s experience and wisdom made a difference, Thomas said. “When I became general minister and president in 1999 at age 49, I was keenly aware that I was surrounded by a group of seasoned and experienced Conference ministers and seminary presidents 10 to 15 years my senior with much longer tenures in leadership roles,” he said. “How grateful I was and am for colleagues like Ralph who were always gracious in their encouragement and generous in their support.”

Quellhorst’s legacy will live on in UCC-related institutions.

He lived in retirement – and under care for Parkinson’s disease in recent years – at Chapel Hill Community of United Church Homes in Canal Fulton, Ohio. The Ralph C. and Sue Quellhorst Leadership Endowment Fund at United Church Homes supports education and professional development for employees and paid internships for students.

A fund also bears their names at Heidelberg, supporting student community service and civic engagement. It is supported by an endowment given to the university in 2016 when Ralph retired from its Board of Trustees. At the time, he was the Board’s longest-serving member, having joined it in 1979.

“Ralph Quellhorst served Heidelberg in countless ways,” said the Rev. Paul Sittason Stark, chaplain and director of religious life, civic engagement and church relations and senior lecturer in religion. “He was a great advocate for students and for maintaining the tie between the United Church of Christ and Heidelberg University. I will miss him dearly. We all will.”

And it will live on in his three adult children – Pam Quellhorst, Lucinda (Cindy) Bowser, and the Rev. Melinda (Mindy) Quellhorst, pastor of UCC, Congregational, in Vermilion, Ohio – and four grandsons. 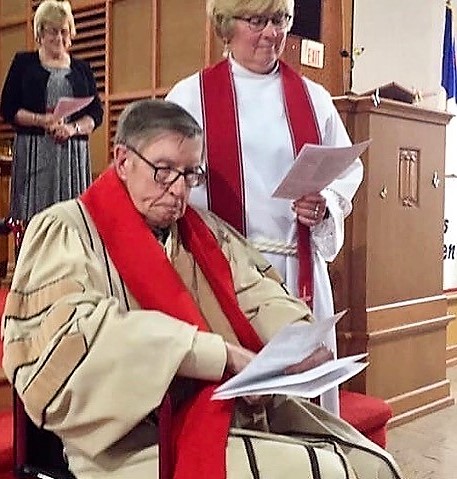 “I first knew Ralph as the father of one of my closest friends,” Dorhauer said. “His daughter Mindy and I were classmates at Eden. Our friendship has been bonded in the ups and downs of life and ministry through many long years now. Ralph was her hero, and through her eyes he became one of mine. I related to him more as a family man than the extraordinary church leader he earned the right to be revered for. I respected him for his accomplishments, but I most appreciated him for the way he cared for his family.

“On the day I was elected general minister and president, it was Ralph who sat by my side. Suffering from Parkinson's and unable to speak except in low murmurs, he silently held my hand while the debate over my candidacy ensued – assuring me that all was going to be well. I last heard him speak [in 2019, pictured at left] at his daughter's installation as the pastor at Vermilion UCC – and that would be the last time I saw him perform a ministerial function. He was so proud.”