For most local churches, serving others is easy. Congregations can set up soup kitchens, support clothing banks, visit people in jail, drive elderly people to church or the store –– all meaningful, necessary work. But fulfilling the biblical mandate to do justice is much more complex. In Lawrence, Kan., one UCC congregation is learning how to achieve that mandate, thanks to an interfaith congregational organizing effort that is making a difference. 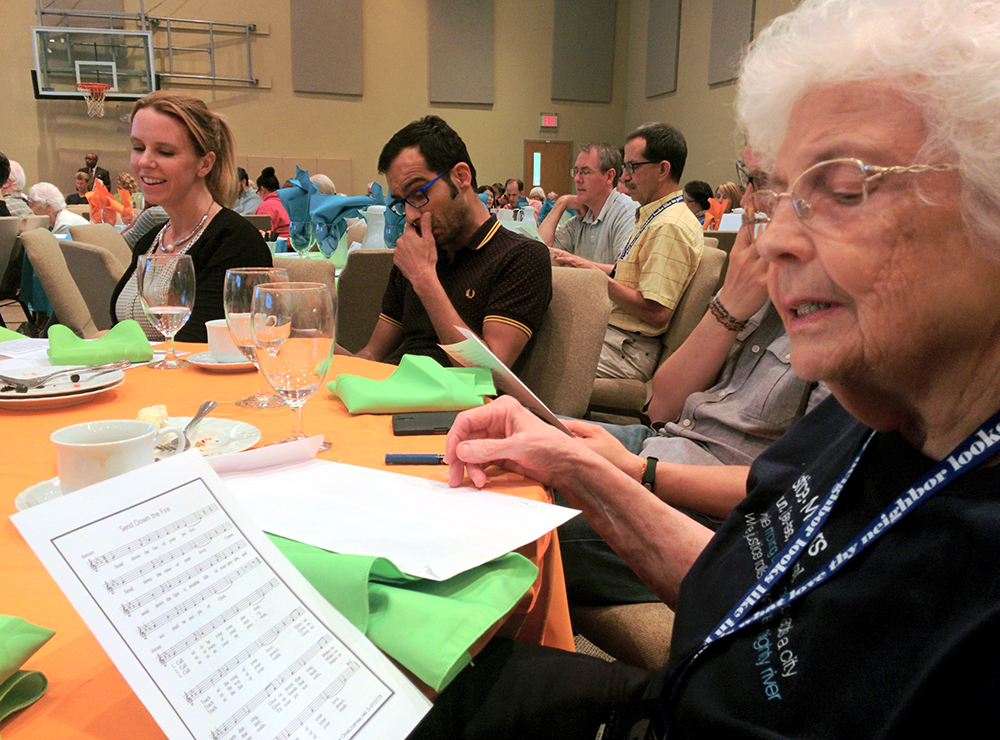 Plymouth Congregational UCC is a founding member of Justice Matters, a local interfaith organization comprised of 21 diverse religious congregations in Lawrence, including the full spectrum of Christian churches, a Jewish synagogue, and an Islamic center.

"In true UCC style, [Plymouth] had many conversations in church council [about whether to join]," said the Rev. Peter Luckey, senior pastor. "Plymouth is known for taking stands on justice issues. We came to the conclusion, 'How can we NOT be a part of it?'"

Since officially beginning in November 2014, Justice Matters has seen positive community  changes in three areas members voted to designate as priorities: mental health issues, particularly as they relate to incarceration; affordable housing; and childhood trauma. They arrived at those priorities by discussing the answers to three questions: What keeps you up at night? What makes you angry? and What would a Just Lawrence look like?

Among the accomplishments to date are training for police responding to cases of mental illness and a model affordable housing trust fund.

"The number of lay people who are participating from Plymouth is extraordinary, and the number of hours they've given is amazing," said Luckey. Between 60 and 70 members of the church are working on the three priorities, he said. Associate Pastor the Rev. Ellen McCormick heads up justice efforts at Plymouth, which includes two lay leaders now serving on the board of Justice Matters.

"Justice Matters has brought together two very important parts of my life: my church and my passion for social justice, particularly related to children," said Plymouth member Mary Baskett, who co-chairs a research group on the effect of childhood trauma on lifelong physical and mental health. "What happens to young children profoundly affects their futures and the futures of our communities. Having an interfaith group like Justice Matters influencing such critical issues brings a new meaning to 'our faith in action.'"

Plymouth member and Justice Matters board member Barbara Palmer has found the whole experience transformational. "I have learned the importance of careful but focused organizing, which is how to bring large numbers of people together to stand up to deeply-embedded powers of the status quo," she said.

How do they do it? The glue that holds Justice Matters members together and creates a climate for positive negotiations with city and county officials is relationships. 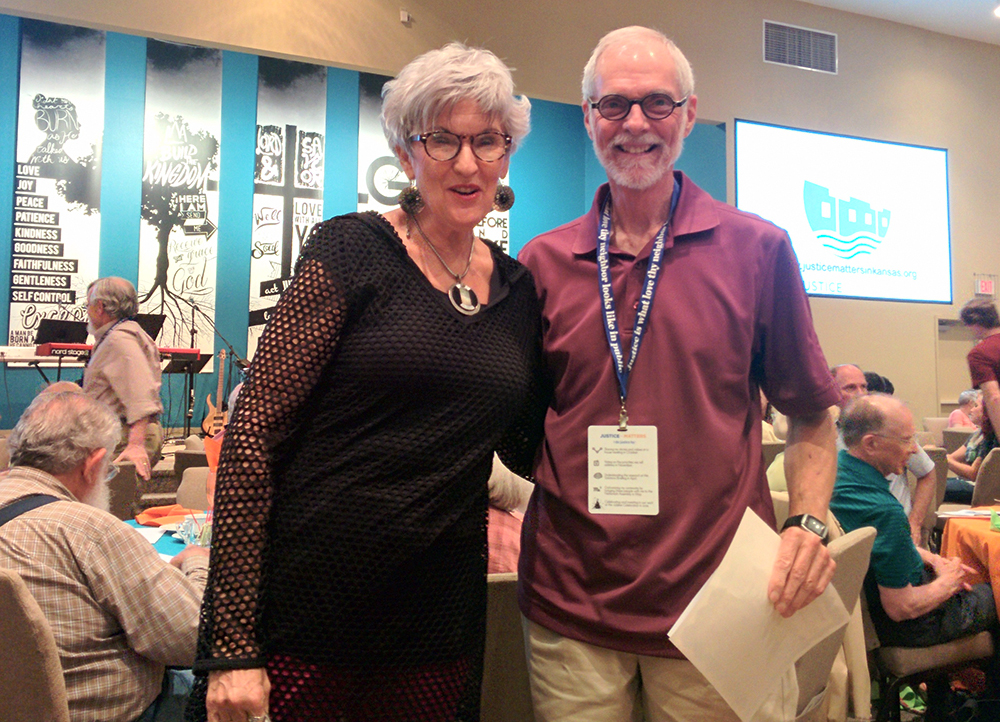 Randy and Janeal Krehbiel during the Justice Matters lay leader training at Plymouth.

"The idea that you begin with a conversation and with relationships is pretty common" in congregational organizing, said Ben MacConnell, lead organizer for Justice Matters. "It starts with people who know one another."

The formula for congregational organizing is a three-part cycle ­­–– listening to the community, researching solutions, and taking action via a public "Nehemiah Action Assembly" and ongoing negotiations. Then the process starts again.

Justice Matters held its first assembly in spring 2015. Named for Neh. 5, which provides an example of God’s people organizing in large numbers to do justice, the meeting drew about 1,700 residents to support Justice Matters representatives as they presented proposals to city officials on the three priorities.

Following the assembly, the Lawrence police chief pledged by 2017 to have all officers receive 40 hours of training on handling encounters with people suffering from mental illness. A citywide mental health consortium also was created. Justice Matters then secured $108,000 for an advisory board of housing groups, city and county officials, and homebuilders to demonstrate how a housing trust fund can provide safe, affordable housing. Participants currently are determining long-term funding options for the trust fund that will amount to $3 million per year for the next five years, said MacConnell.

Some 2,000 people are expected to attend the 2016 Nehemiah Action Assembly in April, where Justice Matters members will present new proposals on affordable housing, trauma impacting babies and infants from birth to 5 years of age, and the creation of a Crisis Stabilization Center to help people with mental illness and addiction problems, and to help get incarcerated people with mental illness out of prisons and into treatment.

"It takes courage to speak out about justice and the need for systemic changes," said Edith A. Guffey, conference minister for the UCC's Kansas-Oklahoma Conference, "and through Justice Matters, Plymouth –– along with other congregations –– continues this work, and it’s making a difference in the community."

Justice Matters is part of The Direct Action and Research Training Center (DART), a national network of congregation-based justice ministry organizations that has trained more than 10,000 community leaders and 150 professional community organizers. DART was founded in 1982, in part at the urging of the Rev. Herbert White, secretary for citizen organizing and public policy development for the UCC’s then-Board for Homeland Ministries.

"DART gives congregations an opportunity to act for God's values in their communities; an opportunity to experience God’s grace and God's liberation in a way they otherwise wouldn't," said the Rev. John Aeschbury, UCC minister and executive director of DART. "Justice Matters is impressive for many reasons. One is the broad cross section of congregations involved. It is an example of how people on the ground can do powerful things in justice when they work together."

The work is ongoing, following religious traditions that have a rich history of speaking up on issues of justice, said MacConnell. Justice Matters –– and countless other interfaith justice organizations –– are "an expression of those ancient traditions. It's not a new thing to do justice. It's recalling the tradition of doing justice."