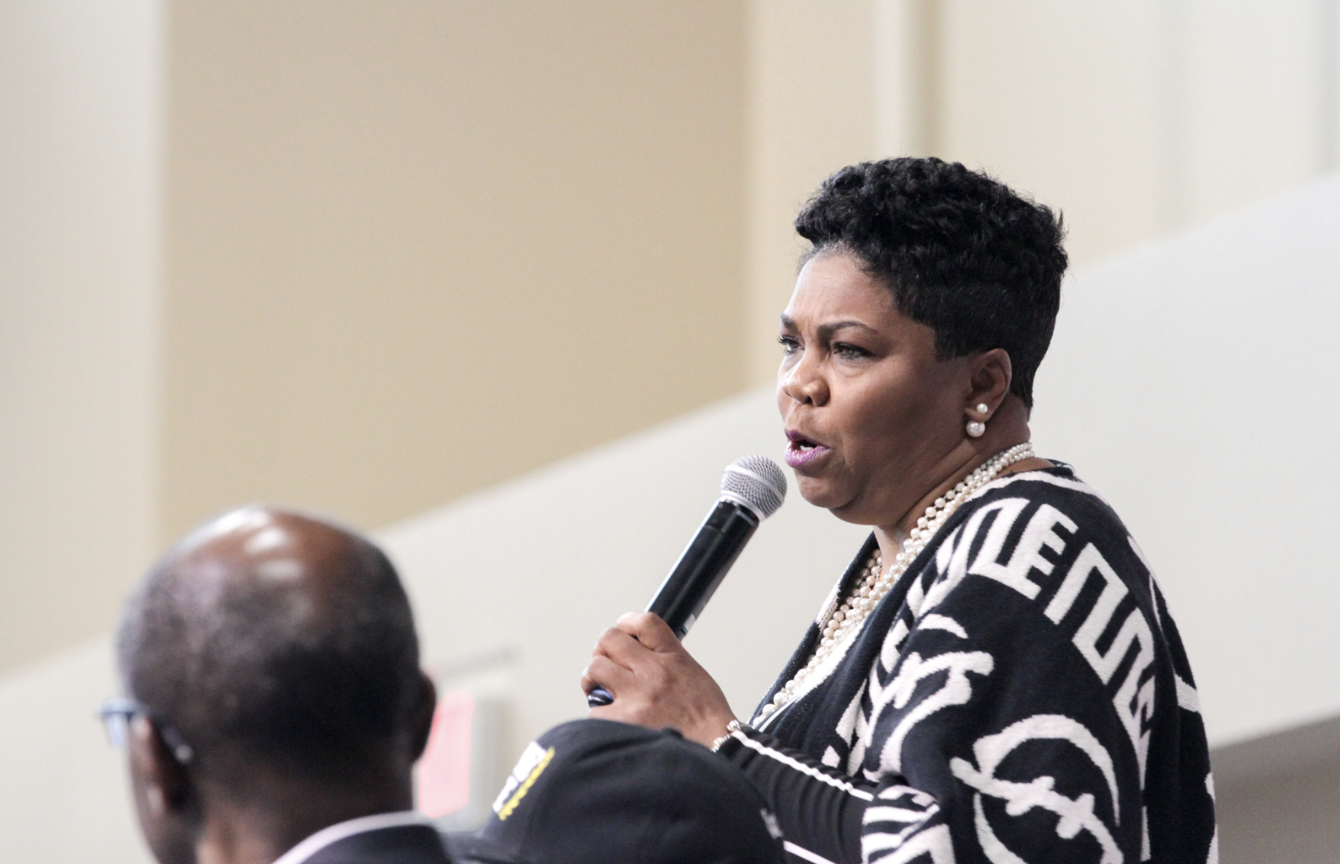 To help illuminate the ways in which people of faith and religious institutions can confront their individual racism, a worldwide religious conference — sponsored by the Vatican — turned to a justice leader in the United Church of Christ. The Rev. Traci Blackmon emboldened more than 600 clergy and social justice advocates from 13 countries in attendance in Northern California to dismantle racism in any shape and form.

At the World Meeting of Popular Movements Feb.16-19 in Modesto, Calif., Blackmon, acting executive minister of the UCC Justice and Witness Ministries, spoke about the sin of racism, humanity's obsession with creating a God who conforms to their values, and the killing of black teenager Michael Brown by a white police officer in Missouri in August 2014.

Racism isn't a biblical term, and it isn't found anywhere in sacred text, Blackmon told those gathered. The purpose of identifying by race, she explained, was to create a false hierarchy. "A commitment to confronting racism is a commitment to dismantling white supremacy and all of the structures that undergird its existence," she said.

Humankind's desire to be God is the original sin, Blackmon said. "We have become comfortable with creating God in our own image — a God who loves who we love, who hates who we hate, who likes what we like, who disapproves of what we disapprove of. ... From that image emerges all forms of oppression, no matter what they may be."

Blackmon also spoke about the fatal shooting of Brown in Ferguson, a suburb of St. Louis. As minister of Christ the King UCC in nearby Florissant, she was at the forefront of the pastoral presence in response to the events that unfolded afterwards. "Why is blackness a threat in America?" Blackmon said. "And how are we as people of color ever to be perceived as unarmed and therefore nonthreatening if our blackness is the weapon that you fear?"

During the four-day gathering, grassroots leaders pushed the issue of sanctuary to the forefront and called on Catholic bishops to act. One bishop in particular, Bishop Robert McElroy, called on people to become "disrupters" and "rebuilders," re-appropriating President Trump's use of the word disruption that brought everyone to their feet.

The conference, scheduled before the presidential election in November, was held in the United States for the first time. Pope Francis launched the World Meeting of Popular Movements to "promote social, economic and racial justice." The three previous gatherings convened by the Catholic Church were to focus grassroots groups to push for workers' rights, housing and environmental justice, as well as deepen relationships among these organizations and the faith community. The most recent gathering added race and immigration as areas of focus.

Conversation at the gathering on economic justice often clashed with stances from the White House, with several speakers denouncing the immigration orders and travel restrictions and pledging to oppose them.

To conclude the conference, participants released a letter in which they called on communities of faith to become places of sanctuary, to resist racial oppression and to work together to protect families in the areas of immigration, racism, jobs, housing, and the environment.