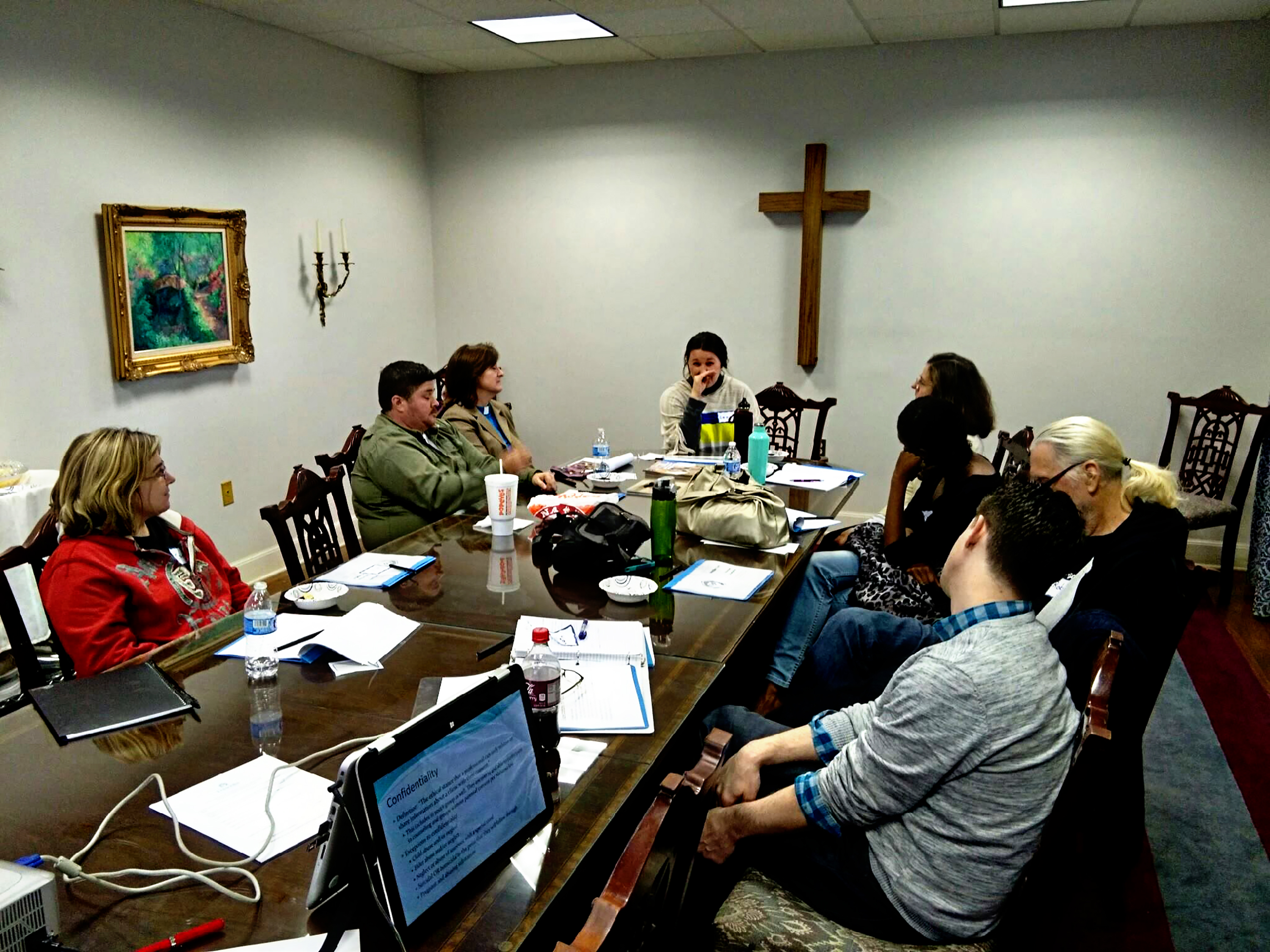 Every weekend, a congregation of the United Church of Christ in Alabama opens up space for LGBTQ teens to feel safe. Ordinarily, these teens might not step foot on church property, explains the Rev. Ellen Guide Sims, pastor of Open Table UCC in Mobile, Ala., because they may have been hurt by the message of some churches that they are unwelcome.

But Open Table, with the help of an LGBT-advocacy organization in the state and a $10,000 grant from UCC Justice and Witness Ministries, is showing these teens that there is a place where they can be themselves.

"This is a safe space we provide every Saturday for LGBTQ teens in Mobile," Sims said. "No exceptions." The church has been able to provide that space for the last 16 months.

"These teens are expressing joy and gratitude for a safe place to socialize, enjoy facilitated discussion, hear inspiring LGBT-affirming guest speakers, and feel encouraged by a rotating schedule of nine well-screened and trained volunteer adult facilitators," she said. "During the two-hour weekly sessions, a great weight lifts off their hearts and minds as the teens feel free from the shame, guilt, exclusion, silencing, abuse, fear, and a 'closet' they routinely endure throughout the week."

The work has been made possible through a new $10,000 Grasstop Grant from the denomination's Neighbors in Need program. The grant forges a partnership with UCC congregations like Open Table for innovative justice work. In all, six recipients were awarded Grasstop grants this year, and a total of 33 recipients were selected to receive between $3,000 and $10,000 — in previous years, Neighbors in Need grants were capped at $3,000 dollars.

"Our goal is to make the differentiation between charity and justice tangible, promoting new and innovative ways of thinking about justice work on the ground," said the Rev. Traci Blackmon, acting executive of JWM. "These groups were chosen because these are initiatives that stand out.”

One of five special mission offerings of the UCC, Neighbors in Need supports ministries of justice and compassion throughout the United States. Grants are awarded to churches and organizations doing that work in their local communities.

With the addition of this new level of funding, Justice and Witness Ministries (JWM) now has three tiers of grants; direct service grants offer up to $3,000 of support to charitable organizations, food pantries, literacy programs; advocacy grants offer up to $5,000 to UCC organizations and churches working on community mobilization and advocacy campaign; the Grass Top Grants, or project-based grants, offer up to $10,000 for new and innovative ways to advance justice.

The Rev. Bentley DeBardelaben, JWM executive for administration and communications, said that the Neighbors in Need Committee "felt that Open Table's project was one that could easily be replicated in other communities."

"We've had 60 youth, ages 14 to 18, come through our doors since we started in January 2016," Sims said. "Some of them come once or twice and have their needs met, some age out when they graduate from high school. Others are closeted, because they fear being put out on the street."

Open Table partnered with Free2B, a LGBT advocacy and service group headquartered in Huntsville, and is one of seven in Alabama cities that is part of the support network. Almost from the beginning, Sims said that teens expressed their affirmation of the support group and were eager to meet weekly. So what was initially launched as a monthly support group quickly became a weekly event.

The congregation is using the grant money to cover rent costs for the youth room, the cost of furnishing and refurbishing the space, travel expenses for the director of Free2Be in Huntsville when the need arises to interview and train new facilitators, publicity and signage, and refreshments for the teens.

"Some of what we needed was to do research. We've had a great partnership with Free2B, and have developed other partnerships, including the Episcopal church we rent space from," Sims said. "We've spent some of the money on rent, and by doing so we were eligible for some reimbursement from the state — and we're hoping that becomes more sustainable going forward."

One Open Table member, an art therapist, led the teens in creative projects that encourage non-verbal self-expression, while other activities help the youth discover their own voices, and the importance and form of healthy relationships and self-reflection. The church also developed a library of sorts that includes fiction and non-fiction books — which may not be possible for them to read at school or at home — to educate and inspire the teens, and now offers counseling to interested participants.

"This has just been the most thrilling piece of our ministry," Sims said. "We went into it thinking that being small, being new and being the only UCC congregation for miles, and — other than a Metropolitan Community Church church in our city — the only explicit Open and Affirming congregation in Mobile, it would be and we felt that calling."

Still, the context in which Open Table conducts its ministry presents its own challenges. In a religiously-conservative part of the country, the congregation is careful about how it publicizes the safe space, and it never shows faces of the participating teens to protect their identities. "We have to walk a line in terms of how we market and publicize, because we don't want to attract too much attention that would jeopardize our safe space," Sims said.

"We're just extremely grateful to the Neighbors in Need program for helping us achieve this," she added.

JWM leaders are hopeful that the increased funding will result in a higher impact. "One thing we are mindful of with our grants is the if the money we can offer can make a dent," de Bardelaben said.

One-third of Neighbors in Need funds support the Council for American Indian Ministry (CAIM), while two-thirds of the offering is used by Justice and Witness Ministries to support a variety of justice initiatives, advocacy efforts, and direct service projects through grants.

Beginning in 2017, Justice and Witness Ministries will move to an annual awarding cycle — instead of a biannual cycle. The 2017 Neighbors in Need applications will be available by mid-July (online only), and the suggested offering will be taken by churches in October. Grant recipients will be announced shortly thereafter.