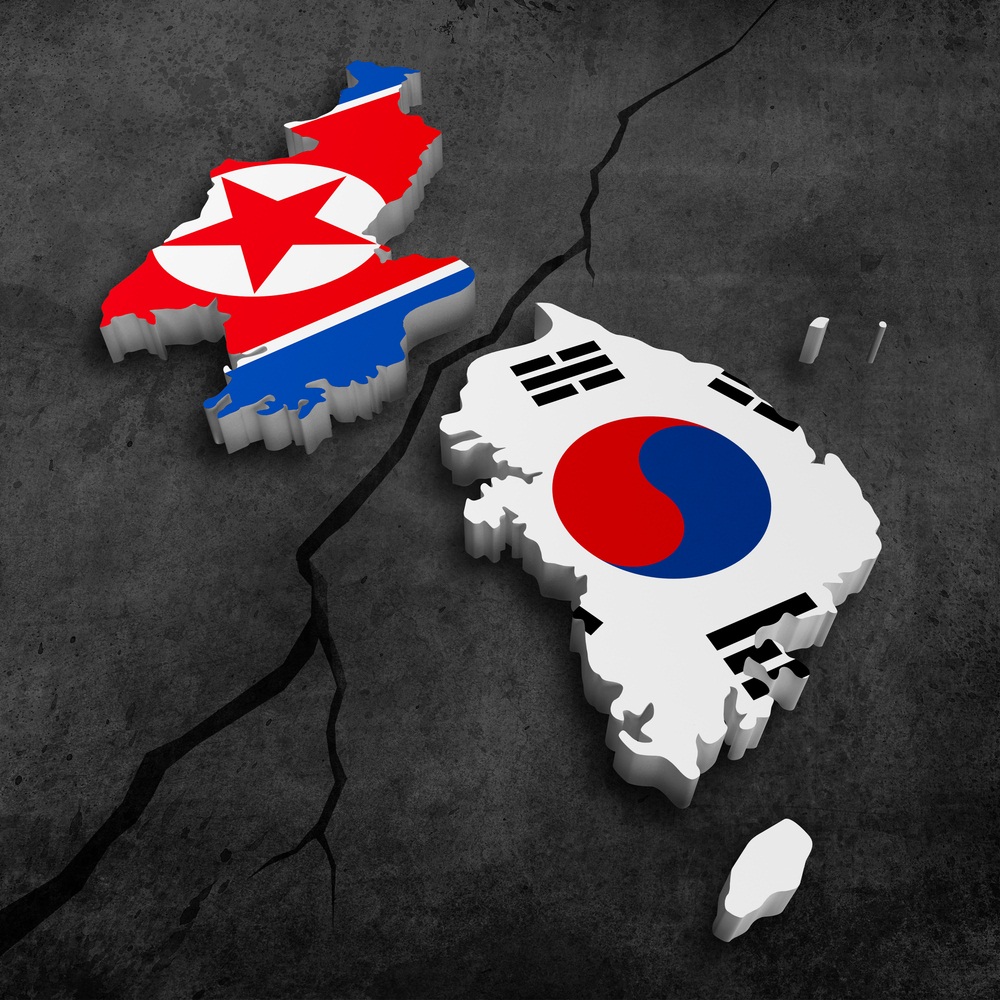 Faith leaders from the United Church of Christ and across the international religious landscape are speaking out against the rapid escalation of hostile language between the United States and North Korea, and urging the two sides to ease tensions to avoid a military strike.

To that end, UCC ministers the Rev. Chuck Currie and the Rev. Susan Thistlethwaite, faculty at Pacific University and Chicago Theological Seminary, started a petition urging people of faith to call on Congress to adopt a measure that would require a declaration of war before a nuclear weapon can be launched. Both pastors are Just Peace advocates and reject the use of nuclear provocation. Their appeal has quickly gained the support of nearly 1,000 signatories in 24 hours. Meanwhile, domestic and international ecumenical groups are calling for a cessation of the hostilities and rhetoric from North Korean and American leaders.

"When Jesus said 'love your enemies,' I think he also meant 'don't nuke them.' That is why I helped start the faith sign-on statement to support legislation to prevent the U.S. President from having nuclear first-strike authority," said Thistlethwaite. "The support of people of faith to pass this legislation is critical. Over the decades I have worked against 'nuclearism', faith witness has been absolutely essential in the success we have had in preventing any more nuclear weapons being used since the end of WWII. In this present crisis, it is particularly important to lift up biblically and theologically informed opposition to nuclear provocation."

The National Council of Churches, an organization of 38 churches in the U.S., including the UCC, called for an end of hostile acts between the two countries. "Steps must be taken immediately to avoid the possibility of a cataclysmic nuclear war. Increased tension and destabilizing actions and rhetoric by both sides make such a war more likely," the NCC said.

Korea's own National Council of Churches has also weighed in, stressing that South Korean government leaders intervene in hopes of opening a dialogue to resolve the situation. "Dialogue is meant to resolve such extreme situation, which is why its affect is so highly valued," the council wrote.

North Korea has, in the last eight months, conducted repeated missile tests, and recently claimed it was capable of reaching the U.S. mainland. President Donald Trump responded this week by saying North Korea would be "met with fire and fury and frankly power, the likes of which this world has never seen before,” to which North Korea's government responded by saying it would aim missiles near the U.S. territory of Guam — where an American military base is located — in the Pacific Ocean.

"The Korean Peninsula and its surrounding region are densely populated and heavily militarized. Any war between North Korea and the U.S. and its allies would be catastrophic, especially given the likelihood of nuclear strikes and potential for drawing in additional superpowers," said Derek Duncan, area executive for East Asia and the Pacific for Global Ministries, the shared ministry of the UCC and Christian Church (Disciples of Christ). "Not only are tens of millions of lives at immediate risk from armed conflict, but the entire global community, economy and environment would be damaged in the event of nuclear war."

Both Currie and Thistlethwaite are also cautioning against conservative Christian voices that promote a theology of war. A Dallas Baptist pastor and advisor to the president said: "In the case of North Korea, God has given Trump authority to take out Kim Jong Un." Currie called those words reckless and a direct contradiction of the teachings of Christ.

"That is not the God we worship in the United Church of Christ, and I would argue 'taking out' the leader of another nation is not a Christian faith position at all," Thistlethwaite said. "It was also very important that we reach out to all people of faith and values in promoting such legislative action as opposition to nuclear weapons is a faith position shared across religious traditions."

The Rev. Mike Neuroth, UCC international policy advocate, said that the petition to Congress limiting the "first-use" policy is a good first step toward eliminating the use of nuclear weapons.

"Last month, 122 nations affirmed such an aspiration for a nuclear-weapon free world by voting in favor of the United Nation's Treaty on the Prohibition of Nuclear Weapons. Creating the political will for the U.S. to sign will not be easy, especially given recent events, but I believe it is part of our call as a Just Peace Church. Building a 'just world for all' will necessitate us working toward the elimination of nuclear weapons."

Duncan and Neuroth both expressed that a diplomatic solution has yet to be tested, and could relieve the tensions, so long as both sides avoid threats. Neuroth is concerned about the threats and rhetoric used by the U.S. president, given that this week marks 72 years since the U.S. dropped two atomic bombs on Hiroshima and Nagasaki.

"Our President's comments fail to acknowledge the suffering and destruction that his threats entail," he said. "Fire and fury may sound tough, but the result would be immeasurable human suffering and global devastation. Having stood in front of the Memorial Peace Museum in Hiroshima myself, and seen the images of the destruction created by human hands, I stand opposed to nuclear weapons and support the past statements made by our General Synod in opposition to the production, testing, and use of nuclear weapons.”

Said Duncan, "Whether the rhetoric is strategic or mere bravado, it creates a highly volatile situation, where the risk of accidental or impulsive strikes is great. We stand with our partners and the international faith community in saying this is wrong — the excessive militarization and the escalating hostility must end, before a war that is truly devastating begins.”