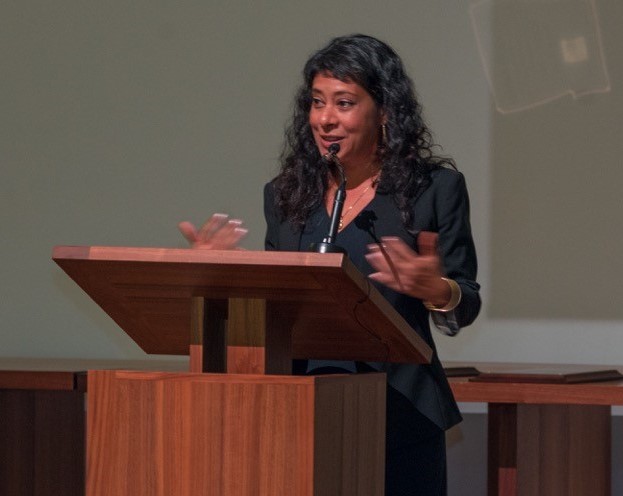 Rinku Sen, senior strategist for Race Forward: The Center for Racial Justice Innovation and the architect of its "Drop the 'I-word'" campaign, delivered the 2017 Parker Lecture. Sen described how she first became sensitized to the pervasive use of the word "illegal" in describing immigrants when she interviewed an anti-immigrant activist while attending Columbia University's Graduate School of Journalism. She noted that in 2012, before the Associated Press's stylebook began specifying use of the word "undocumented," the National Hispanic Media Coalition found that one-third of Americans thought all Latinos living in the United States were undocumented. "The way the press characterizes people," she said, makes a difference in how they are perceived.

Acknowledging that it is difficult for activists to "throw their support behind a free press" when it contributes to the problem of racial inequality, Sen outlined three important themes in her address. First, media consumers should first insist that their media outlets "do no racial harm." She also urged media companies to "pay attention to technology," both its potential to do harm as well as its potential to promote justice. Finally, she called for more support for "local and independent journalism."

"What is at stake," she said, "is nothing less than the dream of a multi-racial, pluralistic society."

Rashad Robinson, executive director of Color Of Change, received the Everett C. Parker Award for his work embodying the principles and values of the public interest in telecommunications and media. Robinson observed that "words can have a transformative power." He praised the United Church of Christ for its "Still Speaking" campaign that sought to welcome persons who had traditionally felt excluded from church congregations. "'God' and 'welcome.' 'Gay' and "Christian." Those are words, he said, "that many in power did not want to hear in the same breath." Robinson cited new words that need to be spoken together: "Net Neutrality" and "civil rights," "Internet freedom" and "No Black Sellouts,"  "Corporate Power versus "Black Power."

Robinson said that it is not enough to feel "empathy" toward marginalized persons. "Empathy is not a bad thing, but we need to think about building power." Focusing on empathy, he said, leads to "the kind of solutions that won't scale to the kind of change we need."

Ravi Kapur, founder and CEO of Diya TV, was honored with the Donald H. McGannon Award, in recognition of special contributions to advancing the role of women and persons of color in the media. Kapur said that as a native of San Francisco, he had grown up understanding that "diversity is a way of life," and the importance of media in shaping one's view of the world. Kapur said that at his core, he was a journalist, and that he may be "the only working journalist who owns a television station" in the United States. 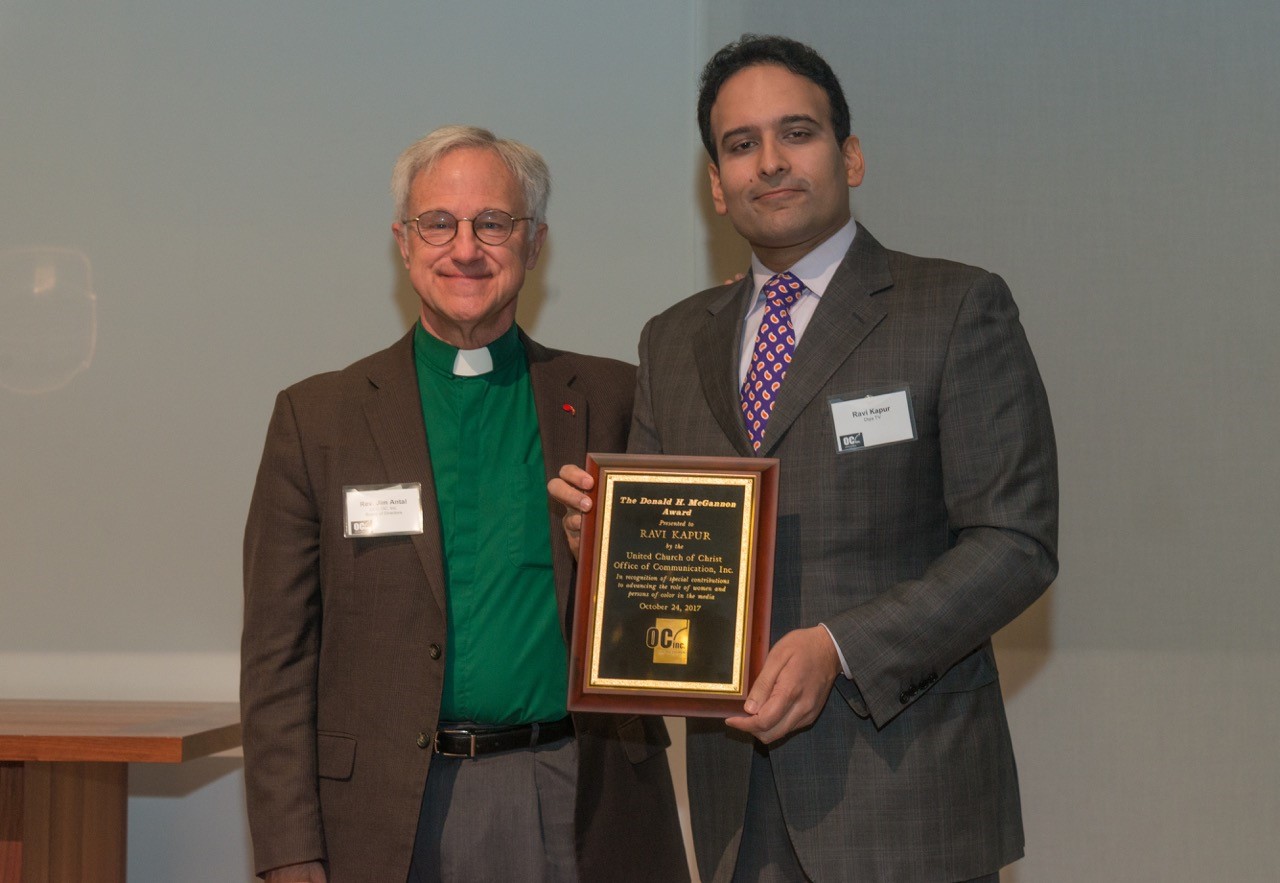 Kapur urged his audience to remember that under-served populations were not confined to the urban markets his network serves with Asian-focused shows. Rural audiences, like those in Fargo, North Dakota, where he purchased a struggling television station, have similar needs for locally generated and relevant programming. Unfortunately, he said, "the same excuses" for the lack of diversity on the U.S. airwaves "are being made today as they were when Parker and McGannon" were active in broadcasting.

OC Inc. created the Parker Lecture in 1983 to recognize its founder Everett C. Parker's pioneering work as an advocate for the public's rights in broadcasting. It is the only lecture in the country to examine telecommunications in the digital age from an ethical perspective. More information is available on the OC Inc. webpage.